3 Vehicle In-Line Collision: Who Hit Whom? 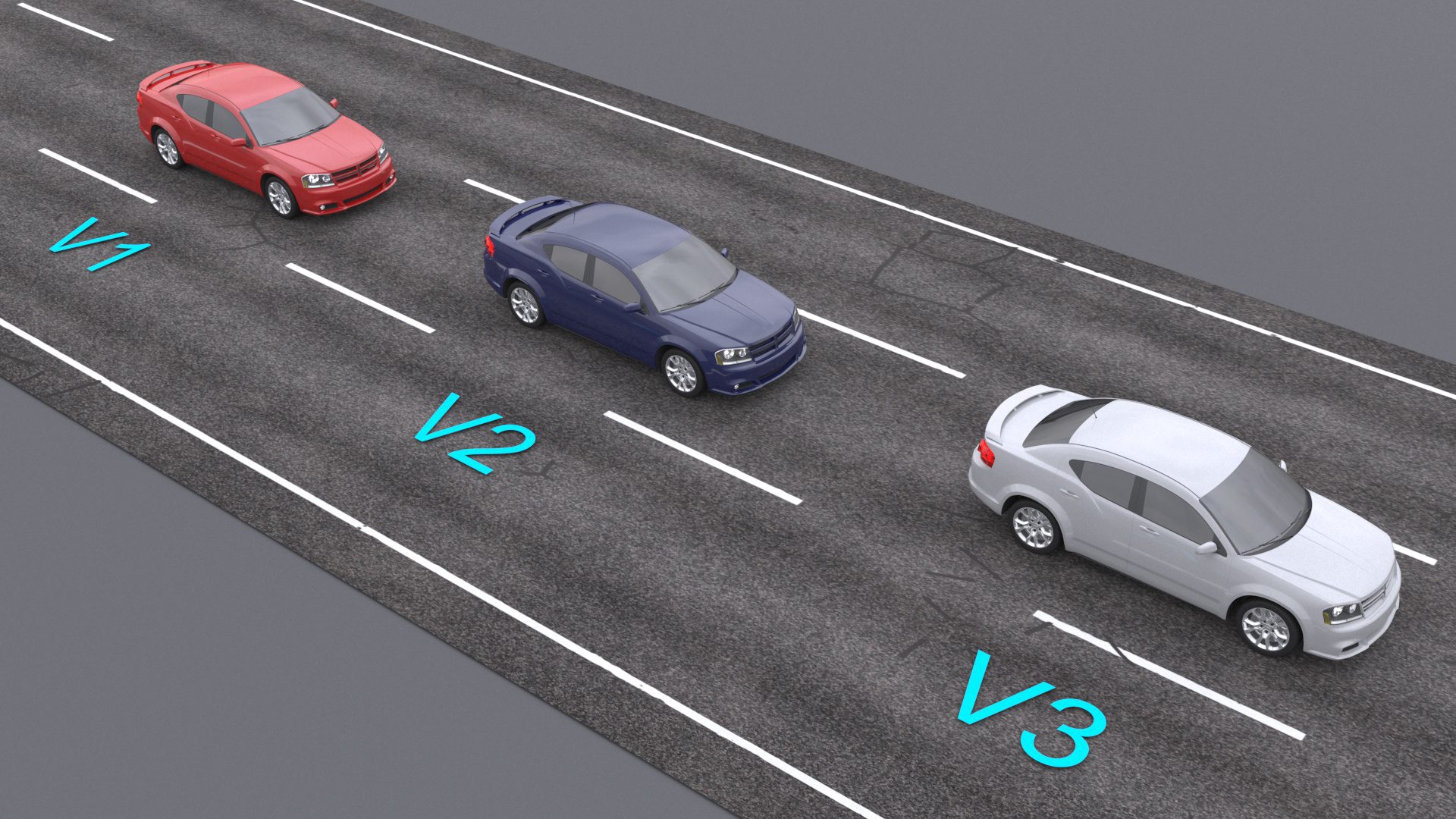 Robert T. Lynch, P.E., Principal Collision Reconstruction Engineer
Whether it’s the result of sudden slowing of traffic on a limited access highway or the vehicles queued up at a red light, multiple vehicle in-line collisions are a common occurrence. In-line collisions are among the easiest to reconstruct for severity, but the question of who hit who, or more precisely the order of impact(s), is not as easy to establish, and is sometimes indeterminable.
For example, say vehicle 1 (V1) is behind vehicle 2 (V2) who is behind vehicle 3 (V3). It is often quite clear from the vehicle damage that the front of V1 hit the back of V2, and the front of V2 hit the back of V3; however, the driver of V1 often claims that V2 hit V3 before V1 hit V2, whereas the driver of V2 claims that they were struck in the rear by V1, resulting in V2 then being pushed into the rear of V3.
In a situation occurring similar to the aforementioned example, event data from V2, if available, can be analyzed to sometimes establish the order of impacts. In lieu of the event data, an evaluation of the crush damage to both the front and rear of V2 can sometimes reveal how the collision occurred. As a rule of thumb, greater crush damage to the front of V2 often corresponds to V2 hitting V3 prior to being struck in the rear by V1.
However, the converse is not always true. That is, greater crush damage to the rear of V2 does not necessarily indicate that the rear impact was greater than the front impact supporting the scenario that V1 struck V2 pushing it into V3. This is due to the fact that the rear structures of a vehicle are typically much softer than the frontal structures, and greater crush to the rear of a vehicle can still equate to a lesser-energy impact than what is indicated by the frontal damage. A proper energy-based crush analysis, founded by the laws of physics, using sound engineering judgment is needed to define the severity associated with both the front and rear impacts to provide the necessary insight into the order of impacts.
Robert T. Lynch, P.E., Principal Collision Reconstruction Engineer with DJS Associates, Inc., can be reached via email at experts@forensicDJS.com or via phone at 215-659-2010.