Reconstruction of a Vehicle-Bicycle Collision 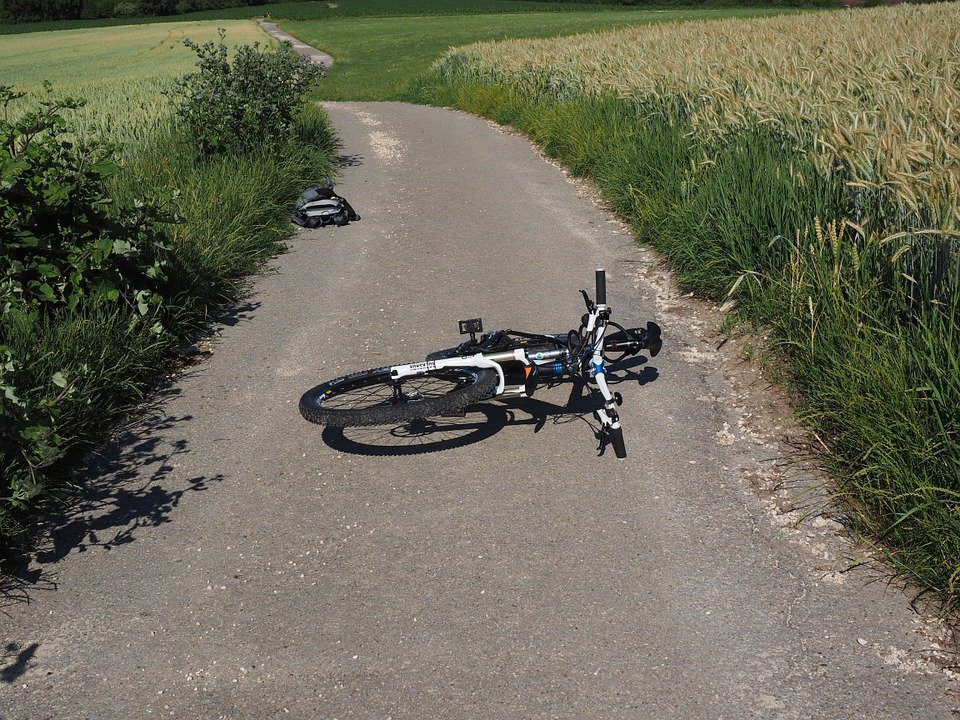 Robert T. Lynch, P.E., Principal Collision Reconstruction Engineer
A doctor would frequently ride his bicycle from his home to the train station as part of his commute to work. One morning before sunrise, the doctor was riding along on a sidewalk before he crossed a six-lane roadway where he was struck by a vehicle after nearly crossing all six lanes of traffic.
Surveillance video was provided from a nearby business that captured the pre-impact movements of both the bicyclist and the vehicle. However, this video did not capture the actual point of impact, as the camera was located too far away (over 500 feet), and several trees were obstructing the clear line of sight. Also, the ambient illumination was still dark, effecting the clarity of the video.
DJS was asked to use the provided surveillance videos to reconstruct the incident to the greatest extent that it could be reconstructed. The roadway was documented with high-definition surveying (HDS) laser scans, drone aerial images and video, and terrestrial photographs and video, with specific focus on documenting the environment in the vicinity of the surveillance cameras. Using this data, an accurate, to-scale, three-dimensional model of the environment was created. The surveillance video was then camera-matched to the environment. The movements of both the bicyclist and vehicle were tracked through the environment and pre-impact speeds were able to be determined.
While several opinions were provided pertaining to the reconstruction of the incident, the case came down to an evaluation of where the bicyclist entered the roadway. An opposing expert opined that the bicyclist entered the roadway across from the point of impact, crossing in a perpendicular manner to the travel lanes. However, engineers at DJS were able to establish that the bicyclist entered the roadway from a driveway located 200 feet prior to the incident location, crossing in a diagonal fashion to reach the point of impact.
The surveillance video was enhanced by video specialists at DJS to establish the time it took for the bicyclist to pass the location of the camera to where he started to cross the roadway. The specific location where the bicyclist crossed was not readily visible in the video (i.e.- too far away and limited resolution), but the reflections of light off the bicyclist as he crossed the roadway provided a clear indication of when he entered the roadway. Using the speed of the bicycle, as indicated by the tracking analysis, and the timing from the video, the distance traveled on the sidewalk was calculated and his entry point established.
Demonstrative exhibits explaining the DJS engineering analysis were created in preparation of deposition testimony and shared with the other side. Opposing counsel delayed the deposition, and the case settled the following week.
Robert T. Lynch, P.E., Principal Collision Reconstruction Engineer with DJS Associates, Inc., can be reached via email at experts@forensicDJS.com or via phone at 215-659-2010.