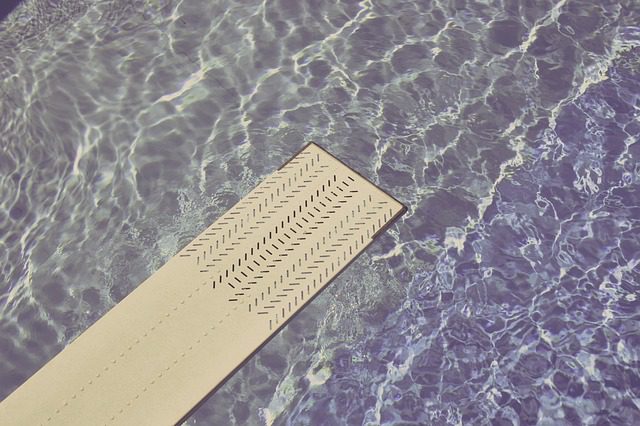 Tom Griffiths, ED.D., Aquatics Consultant ::::
An all too common occurrence; a young adult becomes a quadriplegic while attending a late night pool party where alcohol was consumed. In this case, late at night and after consuming several drinks, the young man dives towards the transitional slope dividing the deep from the shallow end of the swimming pool. Since such a dive takes less than a second to complete, no one witnessed the dive that rendered the young man quadriplegic, which is most often true in these cases.

Annually, data reflects that most head and neck injuries caused by diving into shallow water (less than five feet), are alcohol related. Making matters worse, even when constructed to today’s swimming pool industry standards, relatively few, if any residential pools are safe to dive into head first. This is true for diving from diving boards as well as running and standing dives from the swimming pool deck. There is simply not enough water with adequate depth and distance dimensions for the diver to safely decelerate.
Somewhat surprisingly, the injured party in this case like so many others in these cases, was a good athlete trained in swimming and diving. The profile of a diving victim continues to be a healthy young adult male that is physically fit and athletic. This is because athletic males strike the bottom with excessive force as opposed to the less athletic males. Although females can also break their necks diving into the shallow water of swimming pools, this type of accident is mostly a male phenomenon.
In order to prevent these senseless injuries in the future, alcohol consumption should be reduced at pool parties and the entire swimming pool industry (manufacturers, distributors, installers, and pool owners) must team up to ban ALL head first entries into residential swimming pools.
Tom Griffiths, ED.D., is an Aquatics Consultant with DJS Associates and can be reached via phone at 215-659-2010 or via email at experts@forensicDJS.com.