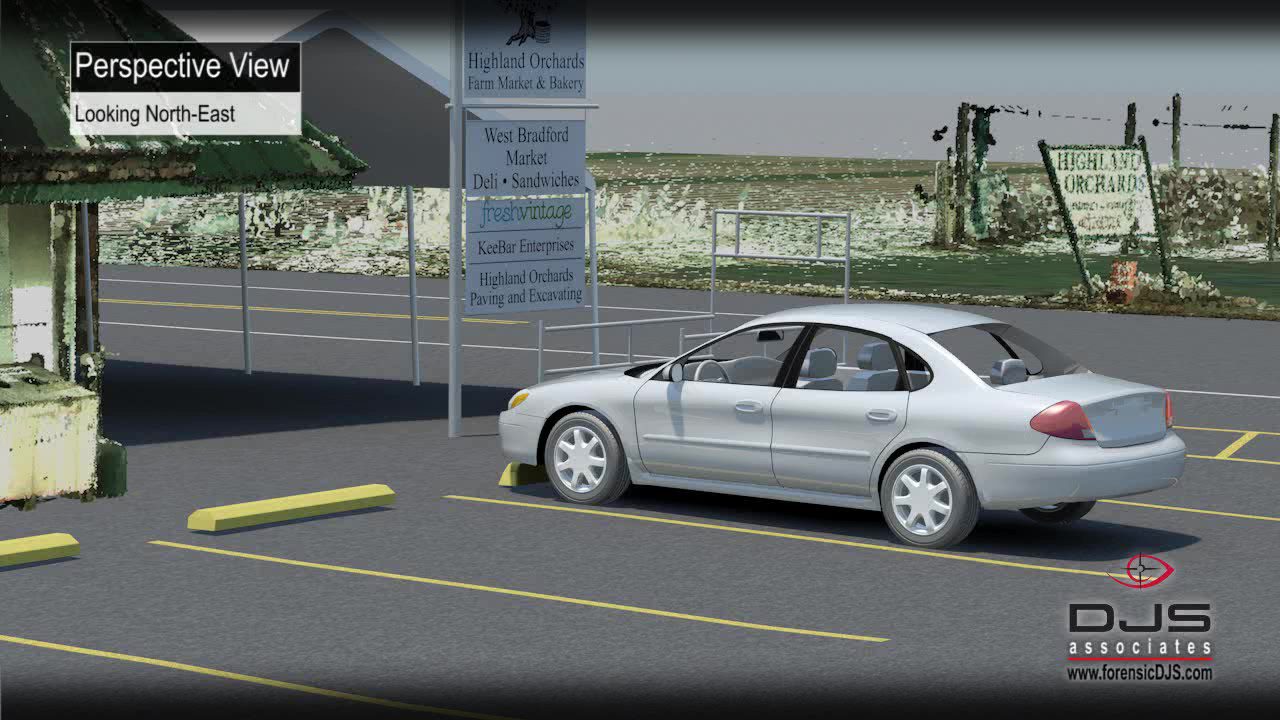 Hugh Borbidge, Computer Animation Engineer ::::
Item 101- Accurately Moving a Vehicle on the Computer Screen
3D engineers that do forensic work often times feel a little jealous when we watch a Pixar movie. In Pixar movies vehicles tend to move in such an artistic way. They are seen bopping to music, bending around corners, and even talking. Many times the creative teams behind these movies ignore the laws of physics. But that’s ok, they don’t have to. Accurate engineering animations, on the other hand, do have to abide by the laws of physics. Engineering animations can be (and typically are) highly scrutinized and the slightest inaccuracy can render them such that they are not accepted by the courts.
For example, computer vehicle models must adhere to all available specifications such as length, width, height, wheelbase, track width, and tire size to name a few. Once the vehicles are properly developed, they are ready for the virtual road. Moving a vehicle from point A to point B on the virtual roadway is not as simple as some think. Consideration must be given to the fact that the vehicle tires must travel along the road surface and rotate based on the vehicle’s speed. The wheels of the vehicle must steer correctly and adhere to the vehicle’s specified turning radius parameters. The vehicle has to be able to accelerate and decelerate at reasonable rates consistent with the incident in question and consistent with the laws of physics. Tractor trailers make things a little more interesting in that the tractor is pulling a trailer, which by itself has no steering. This motion has to be authentic (i.e. must match the specifications of the tractor and trailer and must abide by the applicable laws of physics) so when the tractor makes a turn, the proper off-tracking is simulated.
Putting all these characteristics together allows the 3D engineer to accurately replicate real world scenarios within the computer. These are some of the items that separate the “engineering animations” that are accepted by the courts from the Pixar-Type animations that we enjoy at the movie theater. These are also some of the items which help the Trier of Fact identify such things as whether or not someone could have avoided a hazard or what someone realistically could or could not have seen.

Hugh Borbidge is a Computer Animation Engineer with DJS Associates and can be reached via email at experts@forensicDJS.com or via phone at 215-659-2010.