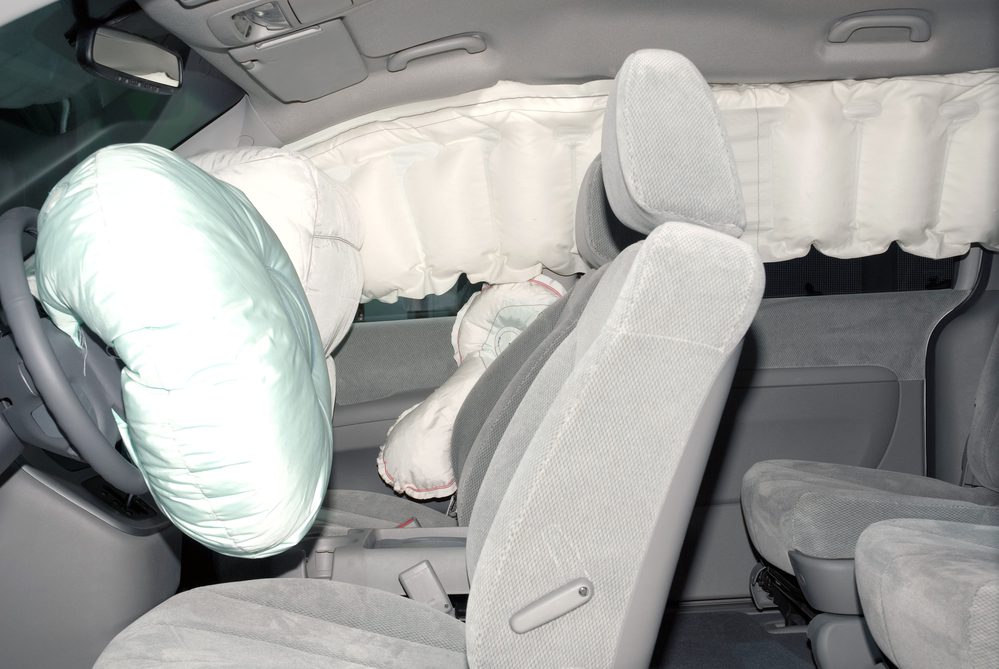 R. Scott King, BSME, Principal Automotive / Mechanical Engineer
It is probably a good thing that most people could not name the manufacturer of the airbag installed in their vehicle’s steering wheel or dash panel. Airbags should be anonymous, as their brand is irrelevant to the occupants they protect; however, there is one airbag manufacturer that has pierced the veil of airbag anonymity, but for all the wrong reasons: Takata. With tens of millions of airbags recalled world-wide due to numerous serious injuries resulting from exploding metallic canisters, Takata – now in bankruptcy – as well as dozens of its corporate customers, are increasingly becoming the focus of liability investigations when improper airbag performance is suspected.
The “typical” Takata airbag malfunction is manifested during airbag deployment events. Over time, the metallic canister that contains the airbag pyrotechnic charge can weaken. As a result, the deployment detonation that normally ejects the airbag can cause the canister to explode, which produces metallic shards. Albeit rare, a tell-tale sign of canister explosion – apart from finding metallic fragments throughout the occupant compartment, or worse – is finding tears, rips, and holes in the airbag fabric. Although not an exhaustive evaluation, a routine, non-destructive airbag examination can quickly identify this kind of evidence. However, there can be times when unfurling an airbag during a preliminary, post-crash examination is ill-advised. Such was the case in a recent vehicle examination.
A front seat passenger sustained injuries during a crash wherein the driver’s airbag deployed normally but the right front passenger airbag did not. Although it was visually obvious that the passenger airbag ejected only partially, it was also equally obvious that identifying the reason for that specific partial ejection required unfurling the airbag from its canister. Given the evidence of a near certain airbag malfunction, that process was delayed until relevant parties were notified to convene and perform a joint-expert exam.
The subsequent airbag removal and disassembly process was straightforward, but deliberate. Upon removing and carefully separating the partially deployed airbag and canister assembly, three relevant observations were made. The first was evidence of burned airbag fabric near the canister gas ejection vents. This proved what was suspected: that the airbag system did indeed command the airbag to deploy, and that the airbag’s gas charge had detonated. 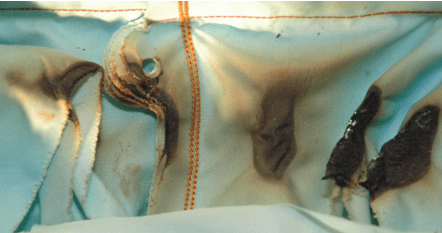 The second observation was evidence of improper airbag assembly, which physically entrapped the airbag and prevented its normal ejection. The third observation, which was ironic because the airbag canister did not explode, was the airbag’s manufacturer: Takata.
R. Scott King, BSME, Principal Automotive / Mechanical Engineer with DJS Associates, Inc., can be reached via email at experts@forensicDJS.com or via phone at 215-659-2010.