Autonomous Vehicles Now Have a New Set of Rules 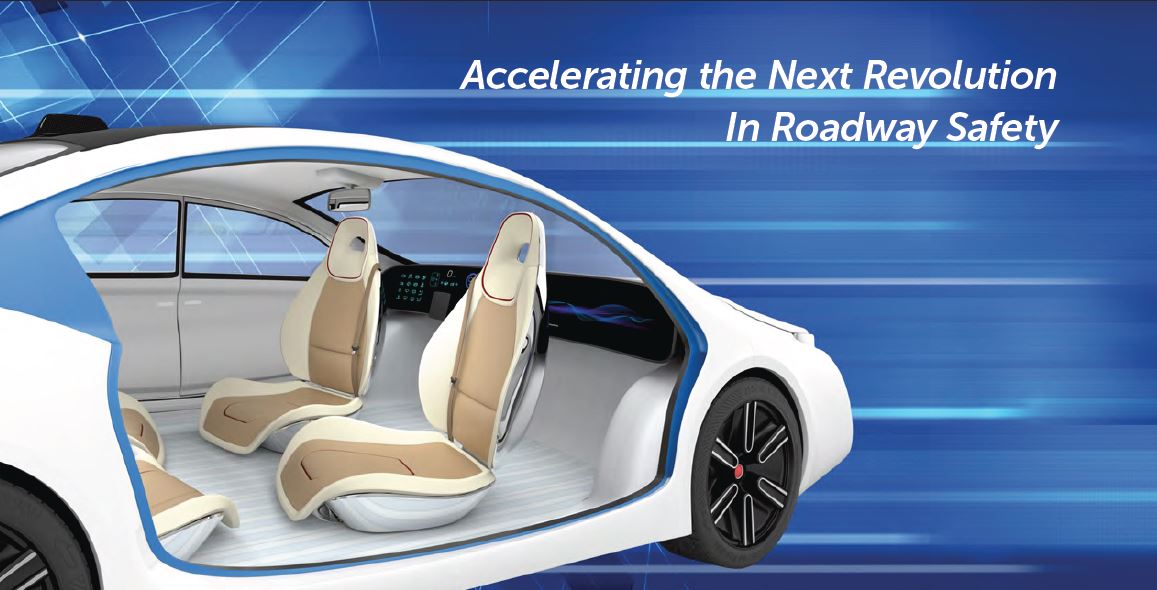 Robert T. Lynch, PE, Sr. Collision Reconstruction Engineer ::::
Last Week, the US Department of Transportation released a policy paper outlining new rules for autonomous vehicles (AVs), otherwise known as self-driving or driverless cars, as both automakers and technology companies race to put these vehicles into production and on public roadways.
Until now, the federal government has refrained from setting and enforcing rules pertaining to AVs so as to not impede innovation with this rapidly advancing technology, citing similar back-seat approaches to past safety innovations such as seat belts, air bags, and antilock brakes. While the issuance of this AV policy paper prior to mass roll-out of AVs for public use represents a dramatic proactive shift in the National Highway Traffic Safety Administration’s (NHTSA) traditional retroactive approach, the intention of the policy paper is not to thwart technological advances in the AV industry, but rather to provide guidance and establish a foundation upon which future Agency action will occur.

This AV policy paper comes at a timely manner as just 2 weeks ago UBER deployed a fleet of 20 self-driving Ford Fusions in Pittsburgh, PA. These AVs have a “safety driver” behind the wheel to ensure the trip runs smoothly, but nevertheless, the launch of AVs for use by the general public provides the first important step, albeit a baby step, towards full autonomy where future AVs may lack steering wheels and foot controls, as is the case with the Google Car.
When the potential safety benefits of AVs are considered, the idea of ceding control of safety critical vehicle functions (steering, acceleration, and braking) to a computer is not all that crazy. Of the more than 35,000 traffic deaths in the US in 2015, 94% were caused by human error. AVs promise to address and mitigate this overwhelming majority of crashes and will dramatically decrease the number of crashes tied to human choices and behavior.
In order to monitor the performance of AVs in the field, the policy paper directs AVs to “record, at a minimum, all information relevant to the event and the performance of the system, so that the circumstances of the event can be reconstructed.” The requirement to store event data is not new, as vehicles with event data recorders (EDRs) sold in the US since 2013 have been required to store crash data, but the amount of information monitored by AVs, and thus the amount of information that can possibly be stored surrounding an event, is much greater than the EDR in your typical passenger car.
AVs have LiDAR, radar, and camera tracking systems that while fundamental to the AV’s decision making process are designed to monitor other road users. The obligation to record all information relevant to an event would therefore not only include the speed, braking and steering inputs of the AV leading up to a collision, but also these same parameters for the other vehicle(s) involved in the collision. Also, the 3D environment at the time of the event, defining any potential visibility issues, would be known from the AVs LiDAR and camera systems.
In essence, the entire collision event could potentially be captured by the collective systems within the AV and the role of the collision reconstructionist will shift from “figuring out” the parameters of the crash to unraveling and interpreting the vast amounts of information captured by the AV’s event data recorder in order to reconstruct the collision.
Here at DJS Associates, we pride ourselves in taking a proactive role at the forefront of new vehicle technology as it pertains to collision reconstruction. Our engineers are trained to collect, analyze, and present the data contained within a vehicle’s EDR and demonstrate the collision event within the 3D environment. We have the tools necessary to evaluate collisions involving autonomous vehicles, but with the promise of fewer crashes once AVs hit the marketplace, hopefully we will never have to use them.
For more information, the entire Federal Automated Vehicle Policy can be read here. For a copy of Robert Lynch’s curriculum vitae, click here.
Robert T. Lynch, PE is a Sr. Collision Reconstruction Engineer with DJS Associates and can be reached via email at experts@forensicDJS.com or by phone at 215-659-2010.