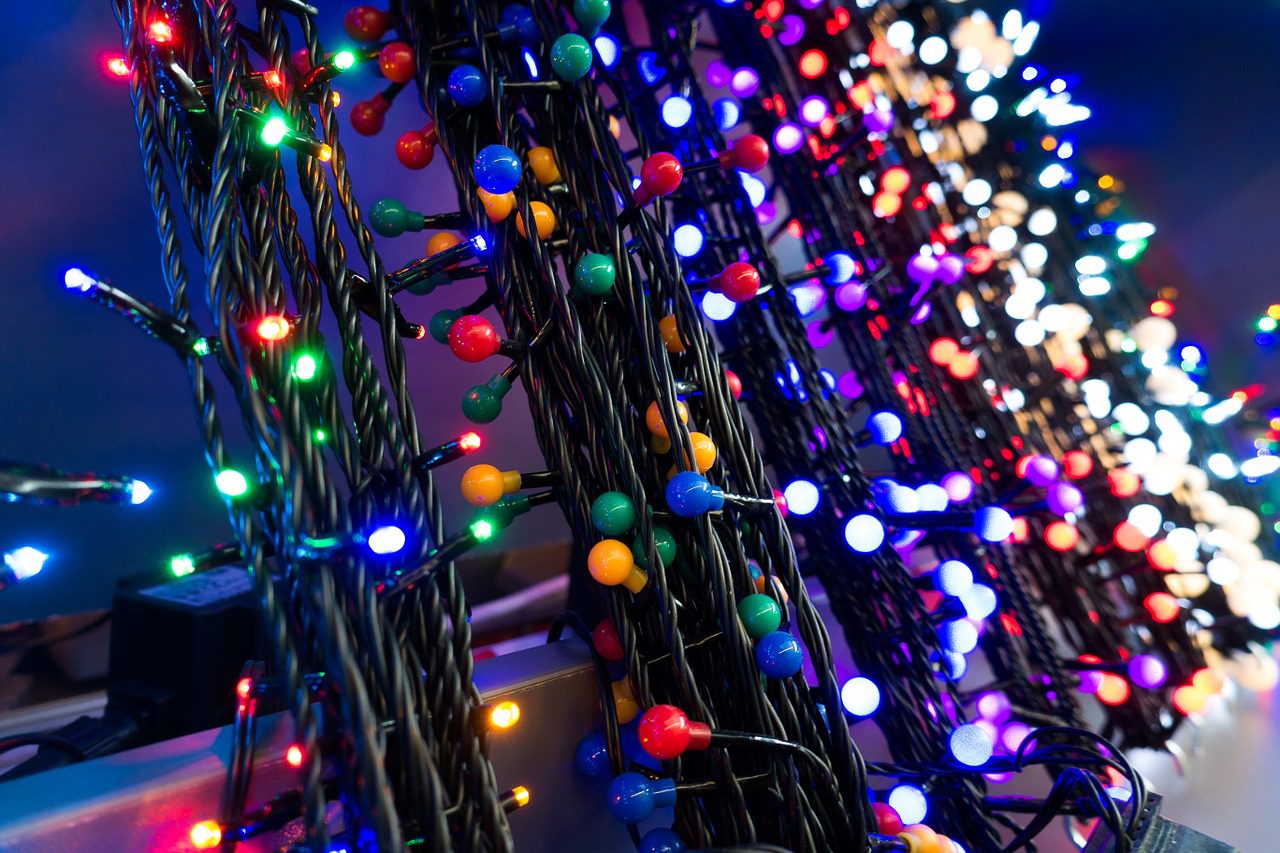 Robert T. Lynch, PE, Sr. Collision Reconstruction Engineer ::::
Everywhere you go… you can’t help but notice the lighting displays adorning houses and front yards this holiday season. In recent years, LED lighting has become the standard for new Christmas lights and decorations as the technology has become more affordable while maintaining energy efficiency and longevity. LED lights are easy to identify as they are brighter and glow a different, more bluish color to their incandescent counterparts that give off a softer red glow. Personally, I’m not a fan of the way the LED light strings look and I’ll admit (at the risk of sounding like I don’t care about the environment and/or energy efficiency) that I still use C9 incandescent (wire filament) bulbs to decorate my house. Before you go and report me to the wasteful spending committee, I did the math: it costs me about a buck a day to run my Christmas lights. So while I’m not as green as I could be, I’m not breaking the bank either with my refusal to convert to LED.

What does add up, is for municipalities to swap over to LED street lights to save energy and maintenance costs by moving away from the traditional sodium lamps, the street lights that give off an orange/yellow glow. The LED street lights are 50% more efficient, have a lifespan of 15 to 20 years rather than 2 to 5 years and spread light more uniformly. But LED street lights also have their negatives and can cause insomnia by effecting circadian rhythms when they shine too bright or contain too much blue content. The American Medical Association (AMA) recently came out with guidelines geared towards mitigating the potential harm of LED street lights. The AMA recommends that outdoor night lighting should not have a color temperature (CT), a numerical rating of the color hue of a light source, over 3,000 Kelvin. Higher CT values indicate more blue content and “cooler” lights while lower values indicate a “warmer” light with more red content. A white LED street light, popular in cities like Seattle and New York, can have a CT of 4,000-5,000K. For reference, a typical incandescent bulb is about 2,700K and a candle or small fire is around 1,800K.
Certain cities have already adhered to the health warnings and have installed newer LED street lights that shine at 3,000K, but Seattle has decided to keep its 41,000 harsh LED street lights saying they improve drivers’ vision at night. It also has an unexpected value for police, who now collect more detailed and accurate descriptions from witnesses. It is understandable why not all are convinced that LED street lights with a high CT value pose significant health risks. After all, computers and TVs emit blue light and are commonly used at night, even if they disrupt our circadian rhythms.
So it turns out that I’m not the only one who isn’t totally on board with the LED revolution, not yet at least, and there’s actually some science behind my disapproval of the LED Christmas lighting aesthetics. Call me old-fashioned, but I prefer the “warmer” look of the C9 incandescent bulbs during the holiday season. I guess when an affordable LED replacement for the C9 bulb becomes available, I’ll no longer have an excuse to drag my feet and be forced to join the masses. At least then I won’t have to break out the ladder every weekend to get on the roof and swap out burnt bulbs.
Happy Holidays, and have a healthy New Year!
Robert T. Lynch, PE is a Senior Collision Reconstruction Engineer with DJS Associates and can be reached at 215-659-2010 or via email at experts@forensicDJS.com.