Belly First Down the Waterslide 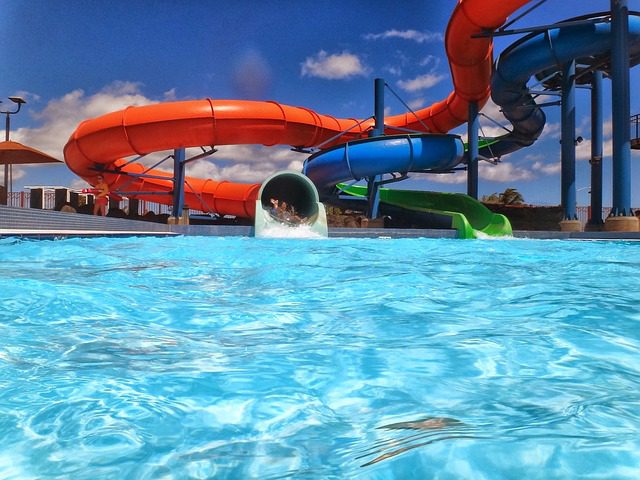 Thomas J. Griffiths, Ed.D., Aquatic Safety Expert ::::
A young mother took her two children to a family leisure pool with water slides at a mid-western aquatic facility. According to her testimony, after taking a few successful slides down a large, fast waterslide, the woman asked the lifeguard on duty if she could go down the waterslide laying on her stomach. Although her testimony was that the lifeguard said she could go down the slide in this inappropriate and unsafe manner, the lifeguard on duty denied it. Also, the large signs posted at the slide clearly stated that all riders should be seated in an upright position, or laying down on their backs; all other riding positions were prohibited. Since the woman slid down the slide blindly, with her face towards the flume, she was unable to see when she would be discharged into the shallow water and could not prepare for impact by flexing her knees.
Lessons learned: Waterslides are designed for safety. With lifeguards positioned both at the top and the bottom of the each slide, they are typically very safe. Most slide injuries are caused by rider misbehavior. Perhaps the most significant finding in this case was the woman signed a waiver prior to entering the waterpark releasing the aquatic facility of responsibility if she became injured during her use of the facility.
As a result of her blind and dangerous backward position, she severely injured her foot and ankle. This lawsuit went to trial and the jury deliberated for approximately ten minutes and rendered a verdict for the defense.
Thomas J. Griffiths, Ed.D., is an Aquatic Safety Expert with DJS Associates and can be reached via email at experts@forensicDJS.com or via phone at 215-659-2010.