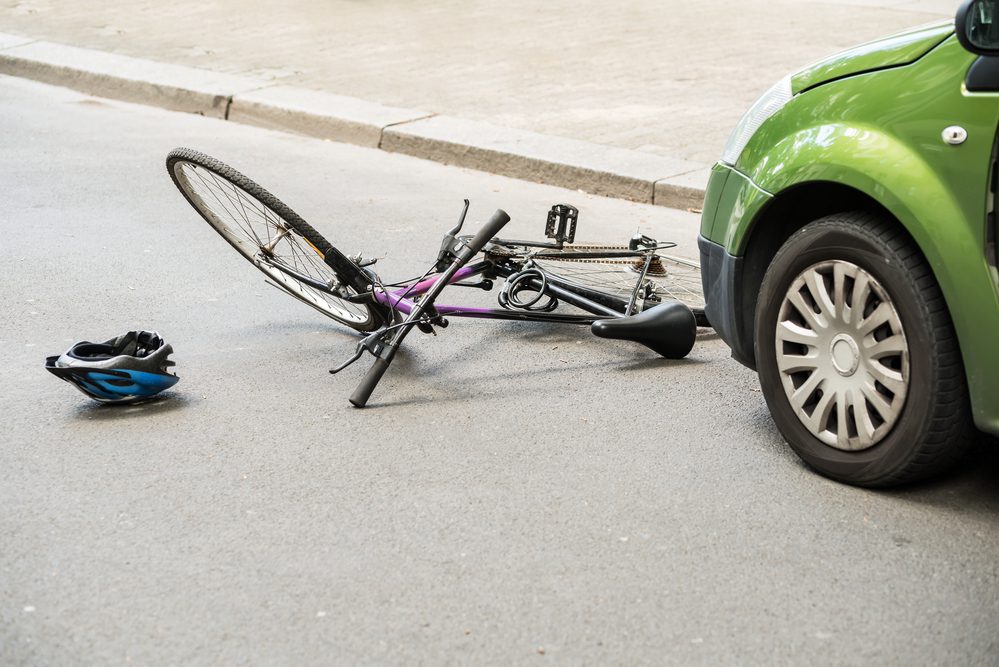 Robert J. Nobilini, Ph.D., Biomechanical Expert
Case Synopsis: Plaintiff incurred injuries to her right elbow and cervical spine as a result of being struck by an SUV while riding her bicycle through an intersection. It was requested that a biomechanical analysis be performed to explain the dynamics of the subject incident and the mechanism of the plaintiff’s injuries.
Expert Analysis: Based upon the police report, photographs of the vehicles at the scene, the plaintiff’s medical records, and the testimony of witnesses, it was determined that the plaintiff’s bicycle was struck on the left side by the front of the SUV.
Damage to the left handlebar and bruising on the medial aspect of the plaintiff’s right thigh were consistent with the top tube of the bicycle being pushed to the right. The impact between the high front end of the SUV and the bicycle handlebar, and the friction between the bicycle tires and the road, caused the bicycle to rotate and move laterally to the right.
As a result of the impact, the plaintiff was thrown off her bicycle and to her right. A fracture and dislocation of the plaintiff’s right elbow confirmed her testimony that she landed on her right side with her right arm extended. The impact of the plaintiff’s right elbow with the roadway caused her upper body to suddenly decelerate while her head continued to move, resulting in her cervical spine being loaded in right side bending. Abrasions to the right side of the plaintiff’s face were consistent with her cervical spine rotating as it bent, such that the right side of her face contacted the roadway surface. The axial rotation and right side bending experienced by the plaintiff provided a mechanism for the cervical injuries that she incurred.
Result: The case settled.
Robert J. Nobilini, Ph.D., Biomechanical Expert with DJS Associates, Inc., can be reached via email at experts@forensicDJS.com or via phone at 215-659-2010.