Black Ice and the Pedestrian 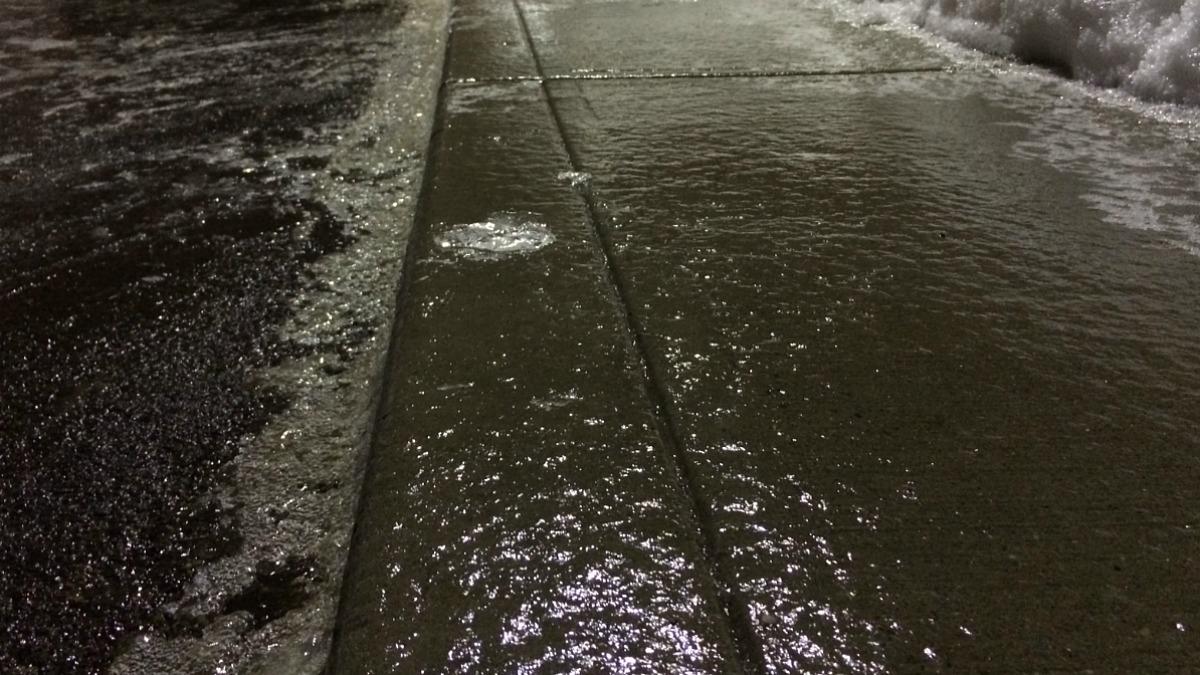 Lt. Col. Bryan T. Smith, PE, Construction Site Safety / OSHA expert ::::
Case Description/Summary: While walking on the sidewalk in front of a retail establishment on her way to a waiting car, the plaintiff stepped onto a “black ice” patch, which caused her to slip and fall and sustain multiple injuries. Plaintiff sued the property managers and the snow removal contractor.
Expert Analysis: Photos taken and an inspection report showed that the incident sidewalk surface had been covered with ice days after a snowfall event. The two property managers (one for the overall property and a lower tier property manager for landscaping and snow removal) blamed their snow removal contractor for full responsibility.
The snow removal contractor contended that they removed the snow that had fallen during the weather event and that they were not responsible for ice created by thaw/refreeze events. The snow removal contractor had videotaped a defective condition with the roof gutters that caused leaking and dripping onto the sidewalk below the roof overhang about a month prior to the incident and emailed it to the lower tier property manager. The lower tier property manager took no action to investigate the report, or to correct the cause and also failed to inform the overall property manager of the reported dripping problem.
A review of all documents determined that the roof over the gutter location had been modified years earlier. The roof modifications caused a blockage of the existing roof gutter drains and required new down leaders to function. The required down leaders had never been installed, which left the gutters no avenue to drain roof runoff. The marquee installer did however cut the EPDM roof membrane with a slit at one of the two new roof drain locations so that runoff could eventually seep out of the slit, through the roof deck, overhang soffit and onto the sidewalk below.
Pennsylvania law doctrine (Hills and Ridges) required that plaintiffs alleging a slip and fall on ice or snow covered surfaces prove that their fall was due to a defect in the walking surface and that the fall was not due solely to the ice or snow. The doctrine also states that “…an owner of land is not liable for slippery conditions resulting from fallen ice and snow unless he or she permitted the ice and snow to unreasonably accumulate in a dangerous manner in uneven elevations, such as small ridges and hills of frozen snow or ice. The landowner also must be on notice about the dangerous condition in order to be held responsible.” An exception to this rule exists for “unnatural accumulations”.
Analysis showed that the incident ice formation would not have been present if not for the defective roof gutter system. The presence of mold growth and water damage on the soffit above this location would have allowed a trained inspector, during the property manager’s monthly site inspections, to reasonably identify the roof drainage problem. Additionally, alternative precautions could have easily been furnished to advise or preclude pedestrians from walking on the “black ice” that routinely formed there.

Result: The plaintiff accepted a settlement offer.
Lt. Col. Bryan T. Smith, PE is a Construction Site Safety / OSHA expert with DJS Associates and can be reached via email at experts@forensicDJS.com or by phone at 215-659-2010.