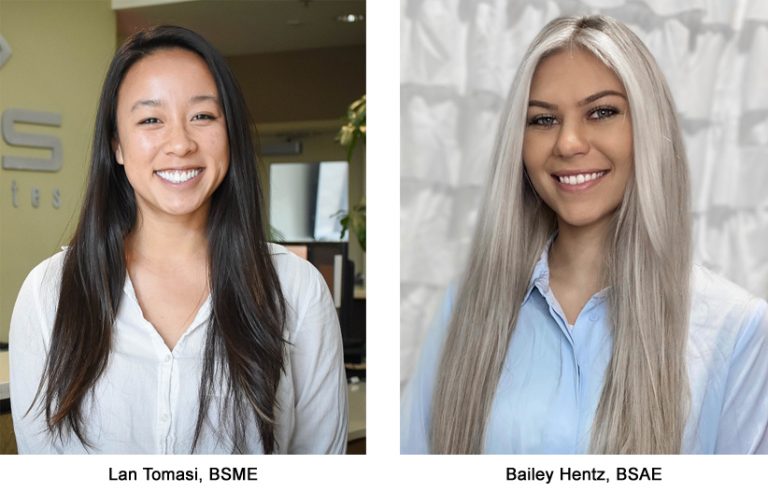 DJS was tasked with analyzing surveillance video which captured an unfortunate accident during an indoor recreational volleyball game where a player lost their balance and ran head-first into a padded wall, resulting in a debilitating spinal injury. A complex task in the best of circumstances, working with video that isn’t from the native surveillance system requires extra levels of scrutiny to make subsequent steps in the analysis process as accurate and resolute as possible. The video provided in this case was a smartphone recording of a monitor displaying the surveillance video of the accident. A reverse-engineering process is required to stabilize any handshake, remove perspective, and reconstruct the dimensions of the original video frame. Once returned to an acceptable composition that falls within the established norms of digital video standards, the camera view can be calculated in three dimensions relative to high-density LIDAR scan data of the facility. The plaintiff was then tracked in the 3D environment using a to-scale rigged mannequin to accurately reconstruct the steps and posture recorded in the video. The reconstructed scene can then be viewed by multiple angles to help biomechanical experts and other viewers better understand the circumstances of the event and can even reveal movement previously obstructed by foreground objects.

Laurence R. Penn, CFVT, Senior Forensic Animation/Video Specialist with DJS Associates, Inc., can be reached via email at experts@forensicDJS.com or via phone at 215-659-2010. 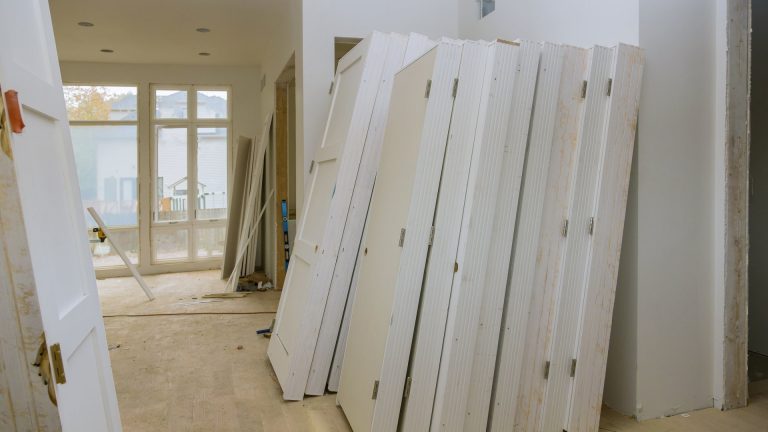 Drywall Debacle on the Construction Site

Case Description/Summary: During the construction of a senior care facility, a drywall subcontractor of the general contractor (GC), directed their material supplier when and where to place their drywall deliveries at the jobsite. The supplier made the specified deliveries throughout the jobsite as directed by their client. The supplier delivered the drywall vertically stacked, leaning against the bare wall studs in the corridors throughout the jobsite. Two workers from another subcontractor, a low voltage system installer, decided that they would tilt a stack of the drywall at one location, away from the supporting wall. They did this so they could install one of their card reader rough-in boxes on the open stud framing. While one of these workers “held” the pile of drywall away from the wall studs, the other went behind the upright drywall stack to install his box. While this was underway, the stack of drywall became too heavy for the worker holding it, and it collapsed onto the box installer – crushing his leg. The injured party filed suit against the GC, the property owner, the drywall subcontractor and the drywall supplier. 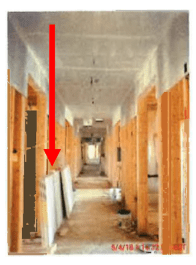 Expert Analysis: While the GC was held to be responsible for overall site safety by OSHA, they were not experts themselves in everything necessary to achieve safe material storage practices for specialty materials – such as drywall. However, the GC did not need to be proficient in all specific and/or unique safety principles and concepts on their own, in order to fulfill their obligations for overall site safety. The GC relied upon the expertise of their drywall subcontractor, who incorrectly believed that they were following industry common storage practices. The GC did not directly control the drywall subcontractor’s work means, manner or methods. Instead, the GC charged the drywall subcontractor to perform their scope of work under their own means, manner, and methods in the subcontract under which they hired the drywall subcontractor. This is a common construction industry practice and is widely used by general contractors such as this GC. To the extent that the GC didn’t know that the gypsum product manufacturers, as well as others, advised to never stack loose drywall sheets on edge, the GC wouldn’t be responsible to specifically understand that doing so was a safety hazard. This practice of the drywall subcontractor and drywall supplier was not seen by either party to be unusual or contrary to industry common practice. Even the GC’s 3rd party OSHA consultant witnessed this storage practice and believed that it exemplified “good housekeeping”. Neither the GC nor the property owner directed or instructed the drywall subcontractor or the drywall supplier to vertically stack drywall anywhere on the incident premises. The GC and the property owner relied upon the drywall subcontractor and/or their material supplier/deliverer to follow industry guidelines, in addition to all OSHA requirements. This included those which the GC was unaware, as well as any other requirements. OSHA did not specify any specific storage requirements for drywall. OSHA 1926.16(c) included the following statement: “…the subcontractor assumes responsibility with respect to his portion of the work” with regard to compliance with OSHA rules. OSHA 1926.250(a)(1) said that “All materials stored in tiers shall be stacked, racked, blocked, interlocked, or otherwise secured to prevent sliding, falling or collapse.”

OSHA’s letter of interpretation addressed competent persons at construction sites and said in part: “…the general contractor normally has responsibility to assure that the other contractors fulfill their obligations with respect to employee safety which affect the entire site. The general contractor is well situated to obtain abatement of hazards, either through its own resources or through its supervisory role with respect to other contractors. It is therefore reasonable to expect the general contractor to assure compliance with the standards insofar as all employees on the site are affected.” This letter of interpretation went on to say: “On the other hand, the Occupational Safety and Health Review Commission also noted in that decision that the duty imposed on a general contractor is a reasonable one and that a general contractor will not be held liable “for violations which it could not reasonably be expected to detect or prevent.” Another section of this letter said: “When an employer contracts with a specialist, the employer is justified in relying upon the specialist to protect against hazards related to the specialist’s expertise, as long as the reliance is reasonable, and the employer has no reason to foresee that the work will be performed unsafely”. And: “We would expect general contractors to take the steps necessary to satisfy themselves that subcontractors engaged in activities which call for the involvement of competent persons will fulfill that obligation as well as the general inspection obligations.” The GC accomplished all these responsibilities, therefore their reliance on the drywall subcontractor’s and supplier’s OSHA compliance was not unreasonable. A review of OSHA’s Multi-Employer Citation Policy was included in the evaluation. Both the drywall subcontractor and supplier, plus the low voltage subcontractor violated OSHA requirements. Additionally, had the plaintiff complied with industry edicts as well as his own company’s safety manual, both of which forbade him from touching another trade’s materials – such as the drywall involved in this incident – his incident would not have occurred. The plaintiff even admitted that he could have performed his work without even moving the 1,500 pounds of vertically stacked drywall.

Result: The plaintiff settled out of court for a minor amount.

Lt. Col. Bryan J. Smith, P.E., Construction Site Safety Expert with DJS Associates, Inc., can be reached via email at experts@forensicDJS.com or via phone at 215-659-2010. 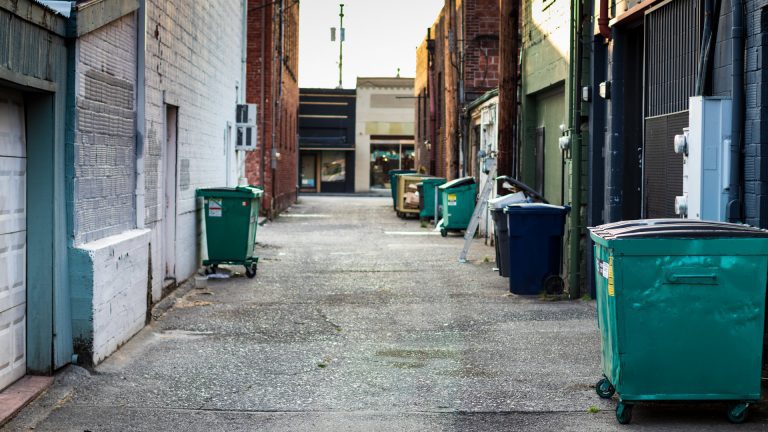 Case Synopsis: Plaintiff testified that he was walking through an alleyway in the early morning when he observed a dumpster on the side of the alley. He testified that he walked over to the dumpster to dispose of an empty soda can when his left foot went into an open sidewalk shaft. Plaintiff claimed that he fell into the shaft, landed on his feet, and fell forward to the ground. The defense argued that the sidewalk shaft was not open, and that the plaintiff intentionally removed the grate covering the shaft to gain access to the basement of the building.

Expert Analysis: As a result of the incident, the plaintiff incurred bilateral calcaneal fractures and a compression fracture of his L2 vertebrae. These injuries were consistent with the plaintiff falling from a height and landing squarely on both feet in an upright position, which is how the plaintiff claimed to have landed. However, plaintiff’s testimony that his left foot unexpectedly entered the shaft while his right foot was still on the sidewalk was consistent with his body rotating to the left, about his right foot, as he entered the shaft. Based on the laws of physics, if plaintiff entered the shaft as he claimed, he would have continued rotating as he fell to the bottom of the shaft and would not have landed squarely on both feet. Furthermore, the rotation of the plaintiff’s body would have been to his left, which was inconsistent with his claim that he fell forward to the ground after he landed.

Based upon the position and orientation of the plaintiff’s body when he landed and his forward movement after landing, it was opined that the plaintiff had not accidently fallen into the shaft as he claimed but rather had intentionally jumped down into the shaft. 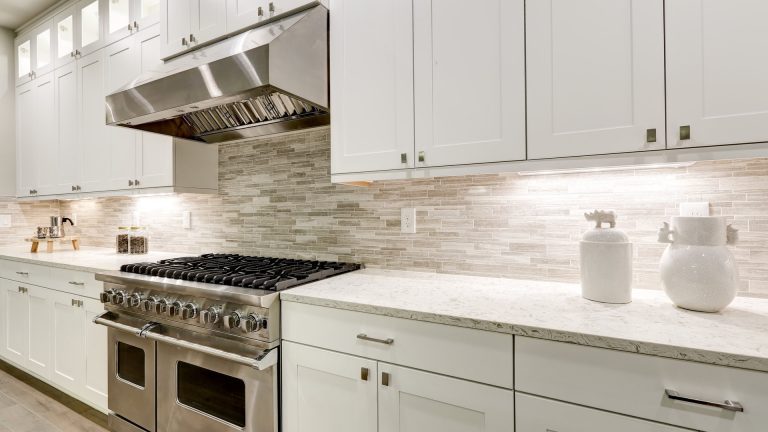 The Consumer Products Safety Commission indicates an average of 28,300 people are treated in emergency rooms every year due to tip-over incidents and there were 542 reported tip-over related fatalities between 2000 and 2017. Nearly ½ of the incidents involve children, and over 80% of the fatalities were to children under 14 years old. While most of these incidents involve furniture or televisions, about 4% involve appliances as occurred in this case.

Incident Description: The delivery company arrived at the apartment, disconnected, and removed the old range and connected the new range to the gas line and electric. The tenants reported the delivery person left a metal bracket on the counter as they were leaving. A few hours later, the tenant was preparing food at the kitchen counter when she heard a loud noise and turned to see her 2 ½ year old child had tipped the range forward and was partially under the tipped range. The tipping caused a pot of boiling water to spill on the child, resulting in burns on a large portion of the child’s body. 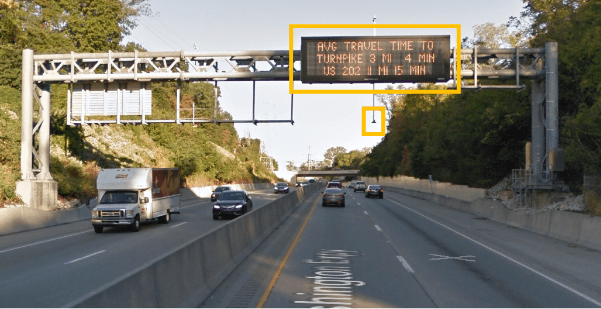 How Do Those Travel Time Message Signs Work?

One of the main goals of implementing Intelligent Transportation System (ITS) solutions on our roadway network is to help facilitate “smarter” roadway users. An example of this is when a Dynamic Message Sign (DMS) will display average travel times to upcoming exits or destinations with the goal of providing savvy roadway users a data point for them to consider alternate routes if the one ahead seems too slow given the current traffic conditions. It is one of my favorite ITS applications, even when it is warning me of a major slowdown on 76 on my way down the shore.