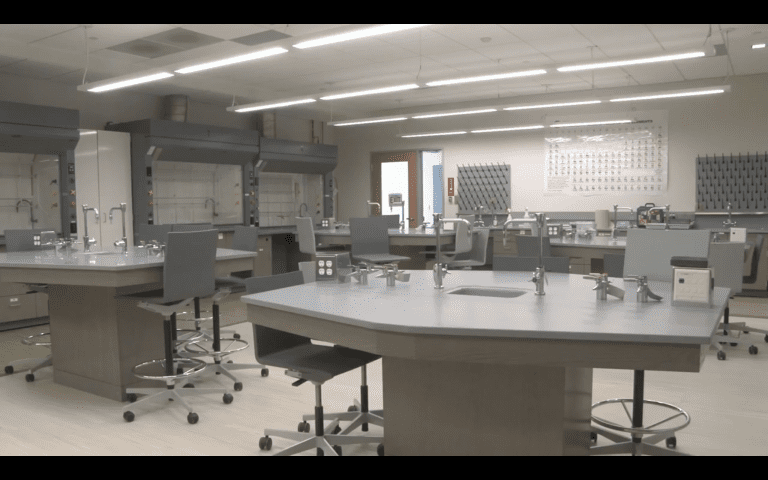 Case Description: A high school science teacher was using a hot plate on the top of her laboratory bench in a demonstration to the class. The hot plate was being used to heat and mix material in a glass vessel. While the hot plate was still turned on, she bent over and began to unplug the hot plate and received an electrical shock that threw her back, causing her to strike the back of her head on the tray of a large dry erase board. The teacher sustained brain damage.

Expert Analysis: A review of the hot plate electrical cord did reveal evidence of an electrical flash, with parts of both the plug and the outlet blackened and melted. Further review of the underside of the hot plate also showed blackening of a small section of the perforated stainless-steel base plate. Upon removing this plate (revealing the internal workings of the hot plate), a small metal spring was found welded to the base plate. The spring was directly below an exposed electrical terminal strip. The spring had become dislodged from one of the two power control stems and had fallen to the inside bottom of the hot plate, with the electrical energy flow welding it there. The spring caused the electrical energy to flow directly to the case and bypass the ground wire, thus allowing the shock upon plug removal. The design that would allow the failure of the power control stem with the resultant separation of the metal spring was determined to be a design flaw.

Colin Brigham, CIH, CSP, Safety Management and Ergonomics Expert with DJS Associates, Inc., can be reached via email at experts@forensicDJS.com or via phone at 215-659-2010.