A tractor-trailer making a turn undergoes noticeable off-tracking. Specifically, the trailer tires track well to the inside of the path followed by the tractor tires. In this real-world example, a tractor-trailer was making a tight right-turn at a busy intersection. The turn was close to, but a bit less than, 90 degrees. The turn was captured on a dash cam, from which a series of still images have been saved.

First, the tractor-trailer (at the right side of the photo) approaches the intersection: 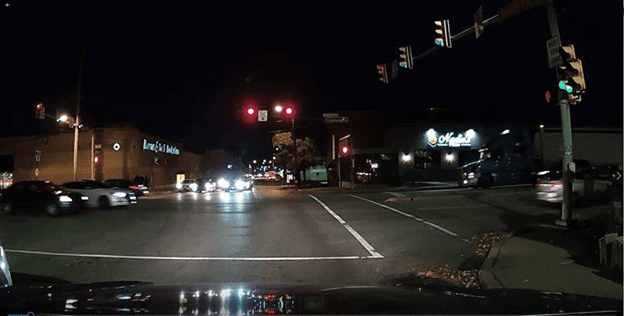 Then, the tractor swings wide: 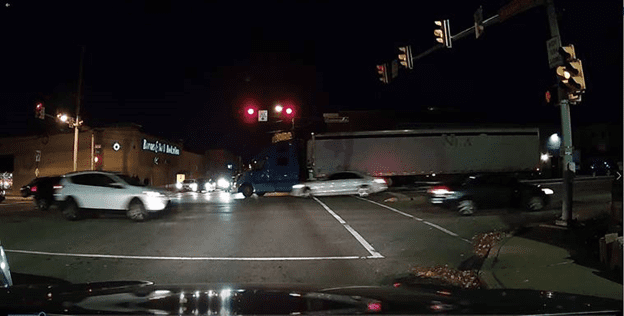 …and makes its turn: 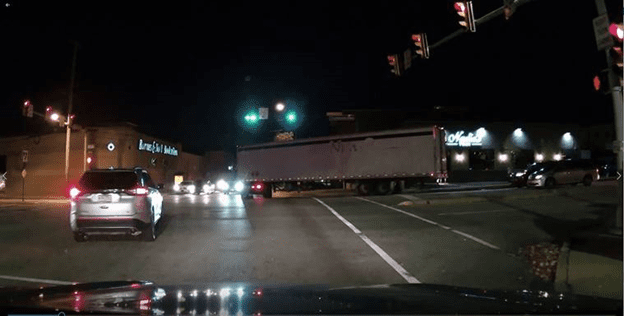 As expected, the trailer tires track to the inside of the path followed by the tractor tires: 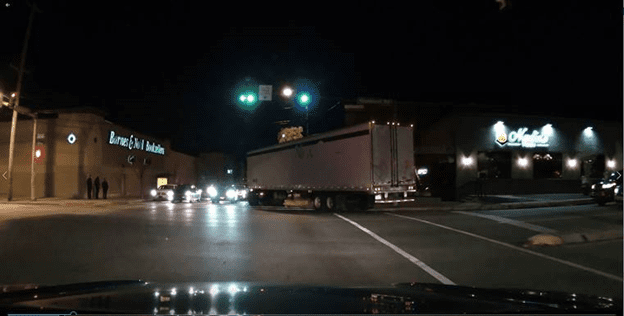 And, in this instance, the right-side trailer tires ride up on the curb: 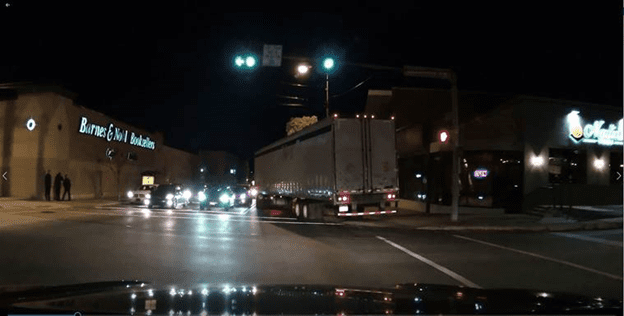 Ultimately, the trailer strikes the streetlight pole, located on the sidewalk near the corner, and the pedestrians on the opposite corner react to the impact as the pole and overhead wires shake. 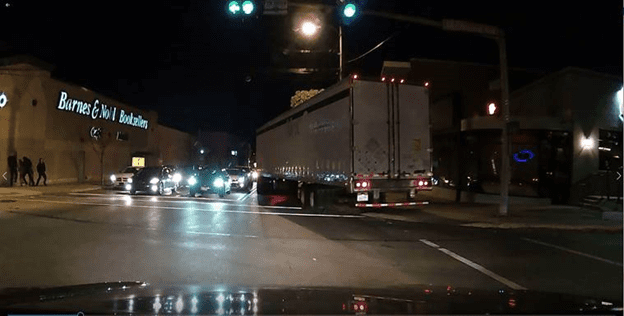 The tractor-trailer stopped, backed up, adjusted his path a little, then proceeded on as if nothing happened. While no one was injured in this occurrence, that just as easily could’ve been a pedestrian standing on the corner instead of a pole.

Not only can we model the actual turn made by the tractor-trailer using the roadway geometry and specifications for the tractor-trailer (as shown below), we can also evaluate whether the turn could’ve been executed differently (i.e. without running up on the curb). 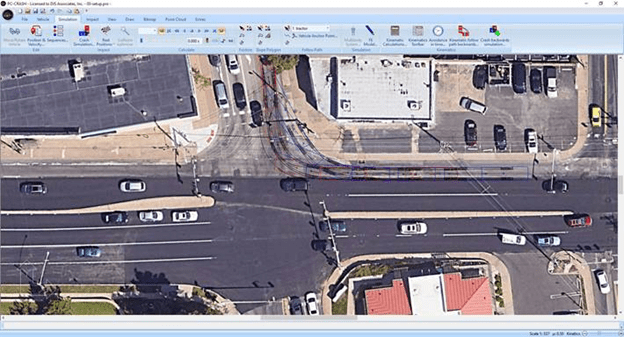 James R. Schmidt, Jr., BSME, Sr. Collision Reconstruction Engineer with DJS Associates, Inc., can be reached via email at experts@forensicDJS.com or via phone at 215-659-2010.