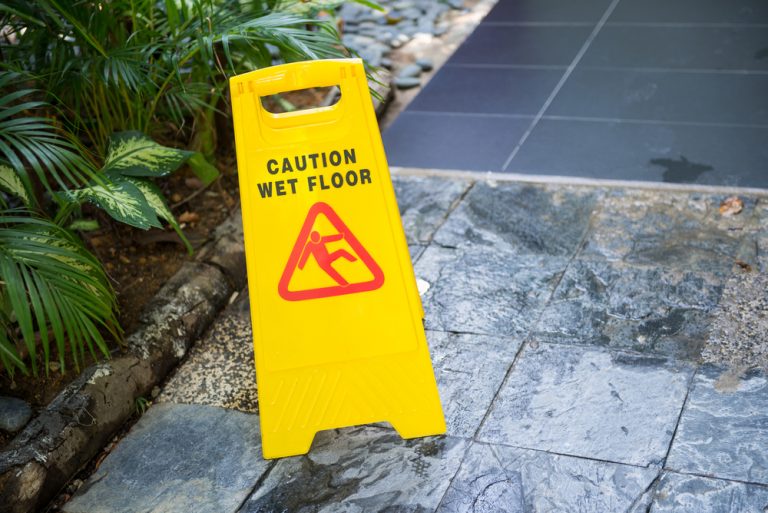 Case Description: A bank manager entered the employee break room, where they slipped and fell due to the presence of a clear liquid on the floor. Shortly before this occurred, an irrigation system water line was found to be cracked and spraying water at the exterior of the building for approximately three hours. The plaintiff’s expert alleged that the presence of the clear liquid at the incident location was due to the broken irrigation line. 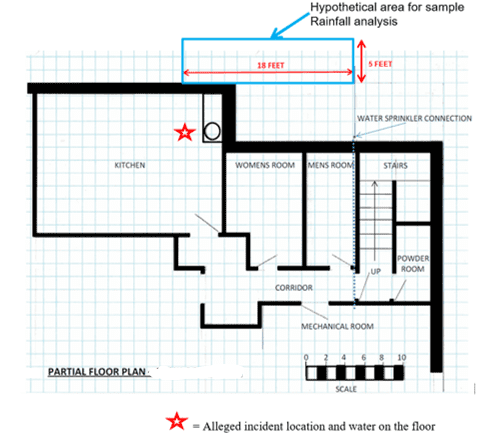 Expert Analysis: A site survey was conducted approximately 3½ years after the incident to gather evidence on behalf of the defendants. Data collected during the site inspection led to the creation of a partial basement floor plan. Measurements were taken of the distance between the incident location and the leaking irrigation pipe. It was determined that the distance between the two locations was 18 feet (see the image, above). The plaintiff’s expert took no field measurements, with the exception of the Coefficient of Friction (COF) of the incident flooring, which was measured using a tribometer. His predictable results concluded that the wet vinyl floor tile was slippery when wet. Without even a rudimentary root cause analysis, this expert concluded that the leaking irrigation pipe was the proximate source of wetness observed on the incident flooring, as well as the proximate cause for the incident.