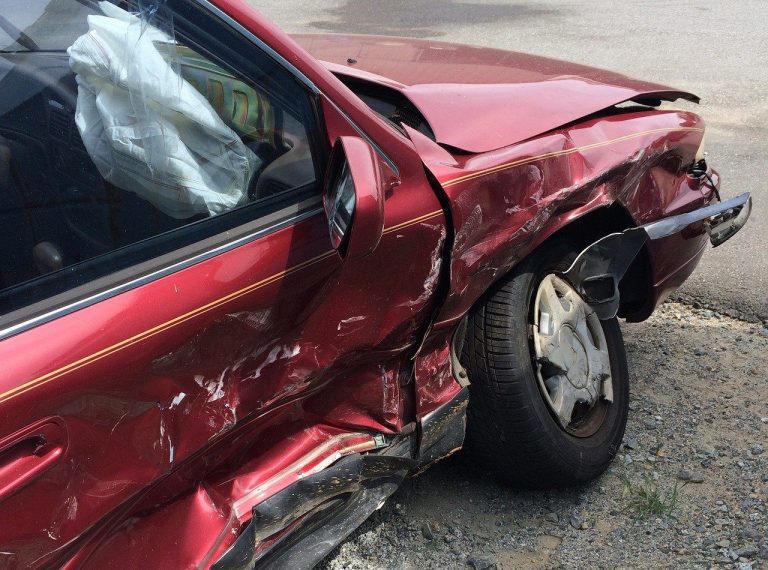 Basically, a crush analysis involves determining the energy required to produce the amount of crush to a vehicle. The National Highway Traffic Safety Administration (NHTSA) tests the crashworthiness of vehicles prior to certifying them as “roadworthy” for use in the United States. These NHTSA tests, which are publicly available, involve crashing cars into rigid barriers, poles, or other moving vehicles. The stiffness characteristics of a vehicle are established by the test data and the calculated stiffness coefficients allow for the reconstructionist to determine the energy associated with the crush of vehicles involved in real-world collisions. Once the energy associated with a specific vehicle is known, the reconstructionist can determine the change in velocity, or Delta-V, because energy is proportional to the square of the speed. The Delta-V, along with other physical evidence such as post-impact travel distance and/or pre-impact skid marks, allows the reconstructionist to establish the speed of a vehicle leading up to a collision.

A crush analysis can also be utilized in cases involving low speed collisions such as in rear-end impacts at a stop light or in stop-and-go traffic. For these cases, an upper end to the severity can be established. Crush analyses, when conducted properly, have been shown to be valid for collisions where the Delta-V is as low as 10 miles per hour. In general, several inches of permanent crush across the entire front or rear of a vehicle is required to reach a Delta-V level of 10 miles per hour. If a vehicle shows little or no observable crush to the front or rear bumper of a vehicle after such a collision, odds are that the vehicle experienced a Delta-V below 10 miles per hour during the incident. The findings of a low speed crush analysis with no appreciable crush damage are generally supported by the known design performance of modern bumper systems, where the bumpers are designed to deflect and absorb energy at low speeds (i.e.- below 5 miles per hour) and then restore following an impact.