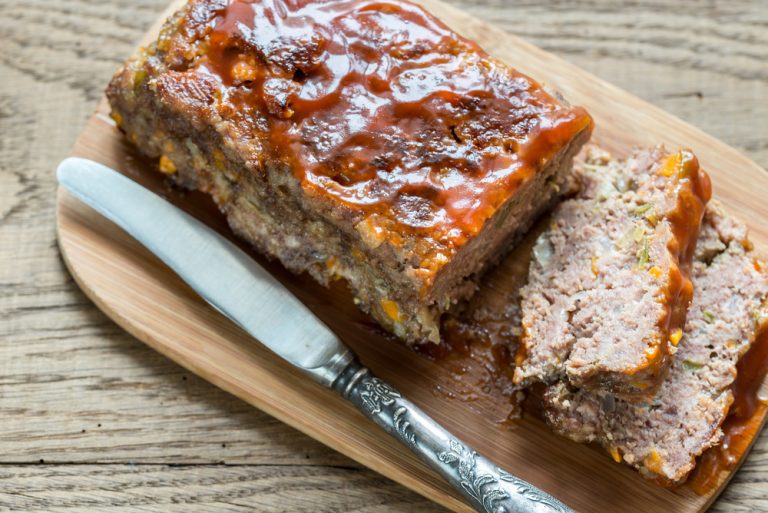 A lawsuit sought more than $250,000 in the premature deaths of an elderly couple who ate meatloaf from a West Virginia establishment of a national restaurant chain. The restaurant was accused of selling unsafe, unwholesome and unfit food products for consumption, leading to tainted meatloaf, which caused food poisoning.

Wife, V.S. (V) and husband, H.S. (H) both dined on a take-out meal of meatloaf, mashed potatoes with gravy, broccoli, and rolls from the restaurant in October, 2012. Nine hours later, V and H became “violently ill,” and were transported by ambulance to an emergency room where staff documented that the elderly couple “suffered from food poisoning from consuming the tainted meal.” The couple was moved to a rehabilitation facility where V died two months later, and H, a few months after his wife. The lawsuit claimed that the food poisoning weakened their overall health and ultimately caused their deaths. Up until he ate the tainted meal, H was still working and operating his business, and V had served in the West Virginia Legislature until earlier in the year, retiring due to preexisting medical conditions. The claim was that the meal caused the rapid deterioration of their health conditions, and their consequential deaths.

Expert analysis revealed that the couple suffered from a foodborne disease of an undetermined origin after eating the meatloaf dinner. This is based on the facts that this was the only common meal they had on that day, that hospital records had a diagnosis of food poisoning, and there were opportunities at the restaurant known to have created conditions for the meat loaf to be contaminated, which could lead to foodborne disease.

There were several issues at the restaurant to support this opinion. The person in charge of the facility at the time, C.A., did not follow proper procedure for filing a customer complaint (made by H and V’s daughter) and there was no follow-up by corporate of the way that this particular meatloaf was prepared. This differs from the guidelines managers should respond to in an outbreak alert; including asking the complainant for contact information, notating the food eaten and symptoms, and contacting the regulatory authorities. C.A. wrote she would check on the meatloaf, but no further information came from her on this. C.A. should have set aside the suspected product; labeled the leftover meat loaves “Do Not Use or Discard”; reported the information on the product, including sell-by date; identified staff scheduled at the time of the suspected contamination; and provided documentation such as temperature logs, Hazard Analysis Critical Control Point (HACCP) documents, and staff files to authorities. Specifically, C.A. should have documented the cold storage, cooking, cooling, and reheating temperatures as required in the log, which she claimed were made but had been discarded two weeks later (which was inappropriate after the complainant had visited the manager about the outbreak before that time frame). The above required data would have been on the Daily Food Safety Walk sheets which had to be filled out by staff daily and reviewed by shift and general managers (which would include C,A.), with instructions that all 7 pages should be placed in the food safety log and retained for 30 days (not 2 weeks as C.A. had stated). All this means there was no meatloaf available for testing to determine whether or not it had been prepared and served correctly.

From inspections and audits of the facility, there were identified violations that would have allowed mistakes to be made concerning the preparation for the meatloaf dinner bought by the plaintiffs. These included not washing hands; inappropriate use of gloves by employees; food cross-contamination; food contamination (mold); insanitary storage; sanitizer at too low a concentration; and inappropriate cooling temperatures. It was stressed by the health department that the facility had to record temperatures, requiring food logs for all temperature control for safety of foods (TCS), and food temperatures needed to be logged in every 2-4 hours.

Details of the cooking of the meatloaf were given by C.A. in her deposition and the responses to the interrogatories. It was determined that the previously frozen meatloaf was not sufficiently cooked, thus creating conditions that would allow a pathogen to grow. For this particular meatloaf, there was no record that any measurements were taken during the thawing, cooking or cooling; or who actually carried out these procedures for the batch of 8 meatloaves served the day of the incident. If there were records, they should have been attached to the complaint form. An employee admitted not using a probe in reheating the meatloaf slices that would be served to H and V.

Documented foodborne illnesses from meatloaf is demonstrated in an outbreak that affected 15 out of 31 students at a California University in 1969 (Midura et al., 1970). The remains of a meatloaf prepared from ground beef, eggs, onion, garlic, catsup and flour, which had been stored at 40°F (4°C) after the meal had a total aerobic plate count of 76 × 106/g of which 70 × 106/g were identified as Bacillus cereus. B. cereus spores are very common in dust and cereal products like flour, which is an ingredient of breadcrumbs, and also in spices (Hariram, 2015). Such conditions could have occurred at the restaurant under the management of C.A. The restaurant was shown through inspections and audits to have employees carrying out inappropriate actions, particularly related to food being out of temperature and cooling units without a thermometer. The national chain Food Safety Walk daily sheets if they were appropriately filled in with the TCS data and were available, would have satisfied the health department inspector.

Expert analysis revealed that this particular restaurant violated safe food handling procedures and standards in the industry in not cooking the meatloaf thoroughly enough that would allow a pathogen such as Bacillus cereus to grow and cause H and V their foodborne illness. The case was settled out-of-court for an undisclosed sum of money.

Ewen Todd, Ph.D., Food Safety and Contamination Expert with DJS Associates, Inc., can be reached via email at experts@forensicDJS.com or via phone at 215-659-2010.