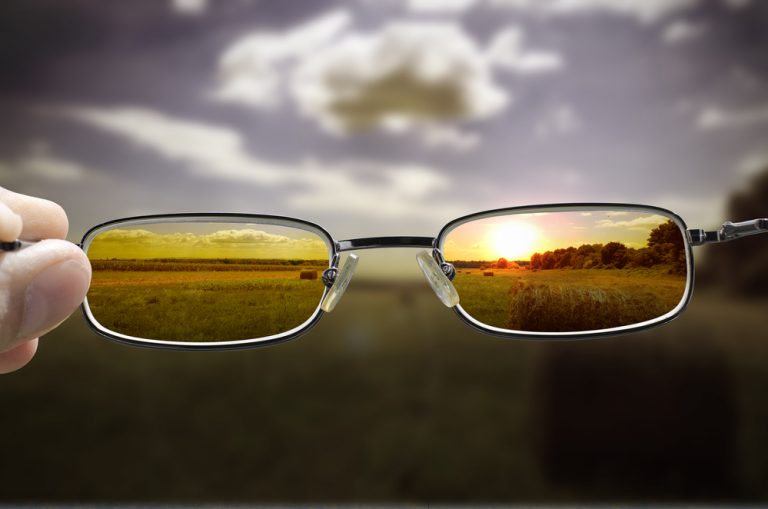 Despite claims that yellow glasses improve night vision, a recent study by Harvard researchers indicates that subjects wearing yellow glasses at night responded a fraction of a second slower than those not wearing the glasses.

Yellow glasses filter out blue light, which tends to get scattered more than red light due to its shorter wavelength. This scattering of blue light is said to contribute to headlight glare; so, the theory behind yellow glasses is that by filtering out the blue light, the glare is reduced, and night driving is improved. However, the white light emitted from vehicle headlights is made up of all the wavelengths of the visible spectrum, and by filtering out blue light, the total amount of light reaching the eye is reduced.

Wearing yellow glasses is comparable to wearing sunglasses at night. Anyone who has forgotten to remove their sunglasses while traveling through a tunnel during the day knows how visually limiting this can be.

Although the Harvard research showed that by wearing yellow glasses visual acuity in low light conditions was reduced, the volunteers of the study all thought the glasses did help, as the night scenes looked brighter to them. While the reason behind this phenomenon is not clear, it is hypothesized that since yellow is typically associated with daytime, the glasses may be tricking drivers into thinking that the roadway is better lit than it really is. This could lead to drivers becoming overconfident in their ability to see while wearing these glasses at night.