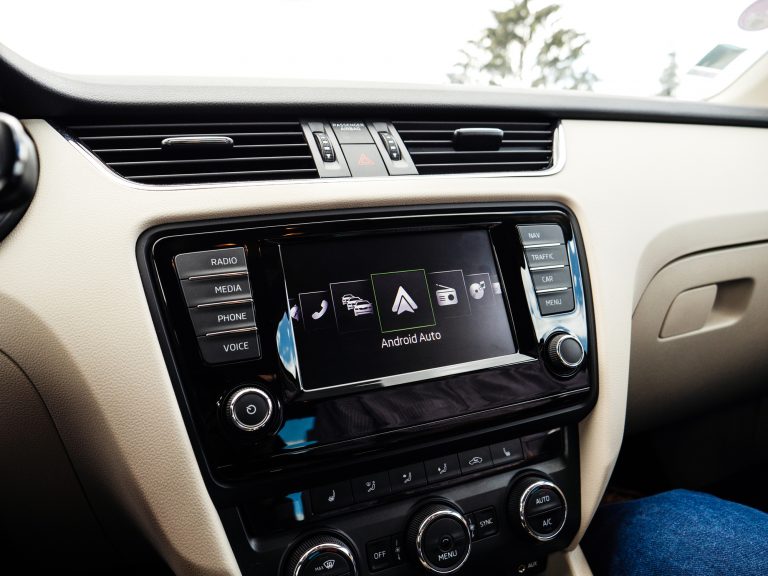 In-car entertainment, or infotainment, used to be synonymous with the original AM car radio, as infotainment is known for delivering entertainment and information to vehicle occupants. Owing to today’s advancements in technology, infotainment has evolved. Utilizing modern hardware and software, infotainment systems assist vehicle operators by making data more available, such as a backup camera adding a view angle or an in-car navigation providing directions. The first infotainment systems were not much more than a pathway to play music through the vehicle’s speakers; however, they have now grown to be versatile, offering hands-free calling and even reading text messages aloud. A key identifier for current infotainment systems includes an audio interface constructed of a touchscreen for the use of radio and music, , climate control, navigation, and as a connected phone interface. There is a substantial variety of infotainment systems on the market. Each manufacturer has their own unique system, along with different versions over the years, showcasing different features and distinct elements.

Cases with the potential to investigate infotainment systems range from a pedestrian strike to other events where the Event Data Recorder (EDR) may not have been triggered, such as a recovered stolen vehicle that was involved in a criminal matter.

Robert Kinder, Jr., MS, Mechanical Engineer with DJS Associates, Inc., can be reached via email at experts@forensicDJS.com or via phone at 215-659-2010.

Dealer or Buyer: Who Controls the Used Vehicle?