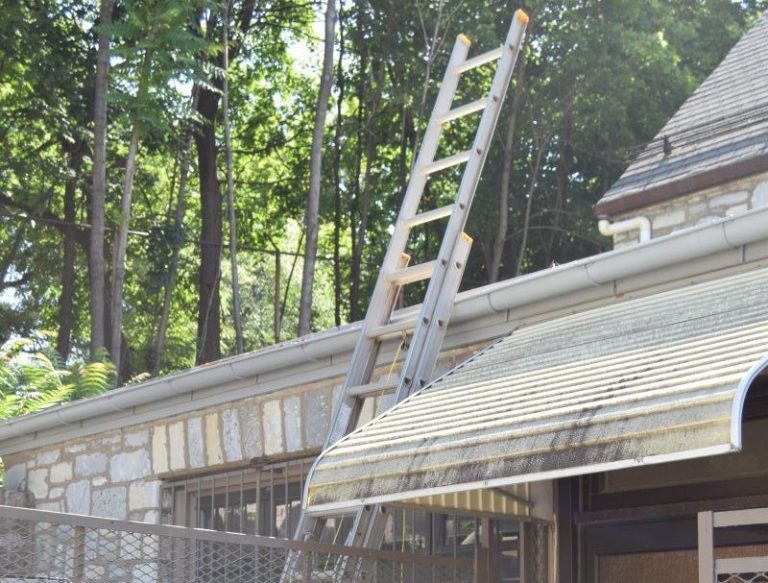 Case Synopsis: While working on a commercial building, the plaintiff fell while descending a ladder from a first-floor roof. According to the plaintiff, he setup the ladder on a sidewalk outside of the rear door to the building the morning of the incident. The plaintiff reported the ladder was placed at the proper angle and was secured by several bundles of shingles at the base. While working alone atop the roof, he needed to obtain additional supplies, requiring him to climb down the ladder. As he started to descend the ladder, the base of the ladder began to slide, causing him to fall and sustain injury a knee injury. The plaintiff claimed that, after his fall, he realized the shingles he placed to stabilize the ladder had been moved. He alleged this was done by an employee of the building owner.

The roofing company supervisor arrived at the site after the incident and testified he saw the top section of an extension ladder laying on the ground in the area of the fall. He further testified the injured employee had been told earlier not to use the upper section of extension ladders during the project. The roofing employee’s attorney also presented an engineer’s report indicating the way the roofer testified he set the ladder would result in a stable ladder, but the removal of the shingles from the base would allow the base to slide out, as the plaintiff alleged.

Expert Analysis: Review of the statements, testimony and photographs related to the incident revealed several inconsistencies. Inspection of the reported incident area revealed the account of the plaintiff included details inconsistent with the building’s geometry. The plaintiff stated that he positioned the ladder on the walkway outside the rear door at a 75-degree angle, with the upper portion in contact with the gutter. Inspection data proved this was not possible, as there was an awning extending 52 inches out from the rear of the building, above the door. The awning’s presence would prevent a ladder set at a 75-degree angle from contacting the gutter or even the building, as the plaintiff testified. (Figure 1) Additionally, it was demonstrated that the ladder used by the plaintiff was not long enough to contact the gutter or building above the awning.

The site inspection and 3D scanning of the building also revealed the dimensions used by the plaintiff’s engineer were inconsistent with the building. When their engineer’s analysis was checked using the corrected values based on the site measurements, the resulting analysis also indicated the ladder would not be stable.

Based on information obtained from the site inspection, plaintiff’s account of the incident discredited as the ladder could not have been positioned in the manner he described. It was also shown that there was a location, just a few feet away from the walkway, where a ladder could have been safely and properly placed to provide access the lower roof of the building. (Figure 2)

Result: The case was heard by an arbitrator who ruled both parties shared the fault for the incident and awarded the injured plaintiff a fraction of the initial demand. 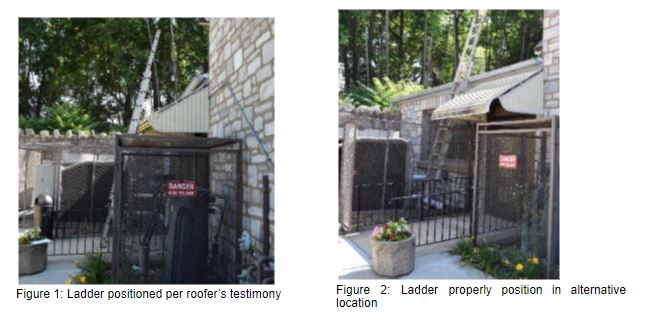