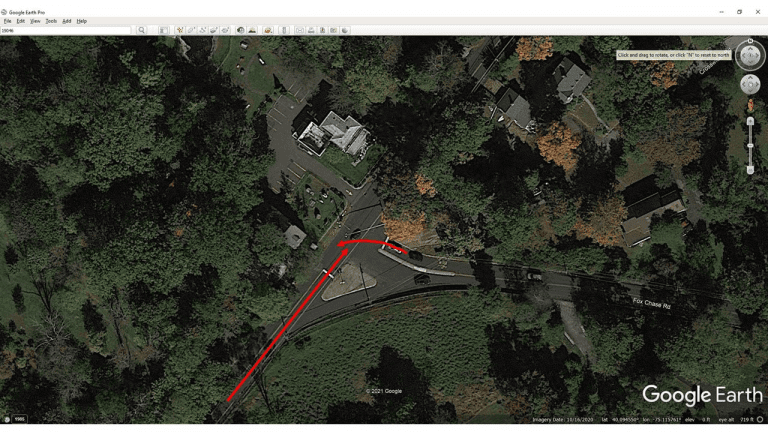 Well, I am the “he” that I write about; and, I survived without a scratch, as the crash never actually happened. Two weeks earlier, I was at that same intersection, at that same time of night on a routine drive home. Two weeks earlier, the light changed to green, and I proceeded into the intersection to turn left, and I did, in fact, turn left. No incident occurred. Nothing to speak of even. Fast forward two weeks later when I was at that intersection again and the light turned green. I started to proceed, but then stopped abruptly – almost as soon as I had started, as I saw the speeding car coming from my left, not stopping. After the speeding car blew through the intersection, I proceeded to make my left turn and continued home, uneventfully. But don’t think for a moment that I didn’t realize how lucky I was. I thanked my “lucky stars” for keeping me safe that night.

Had I continued to make my turn as I did two weeks earlier, and countless times before, I would’ve gotten plowed on my driver’s side by the speeding car. My dash cam videos from the two nights prove it.

First, I synchronized the two dash cam videos using the changing of the traffic signals: 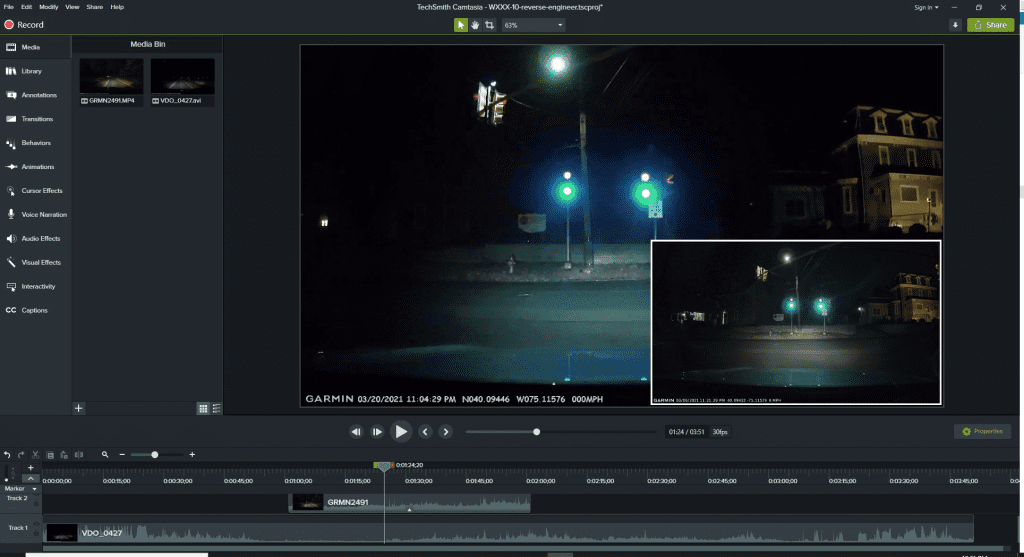 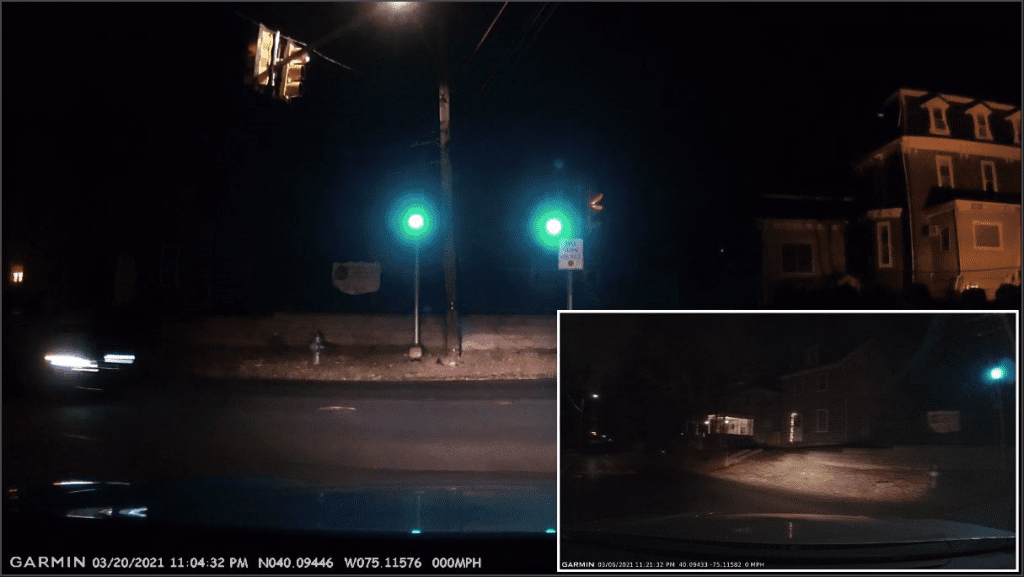 Let’s take a closer look at just the larger video image below:

As well as the corresponding frame from the smaller video, enlarged and shown below: 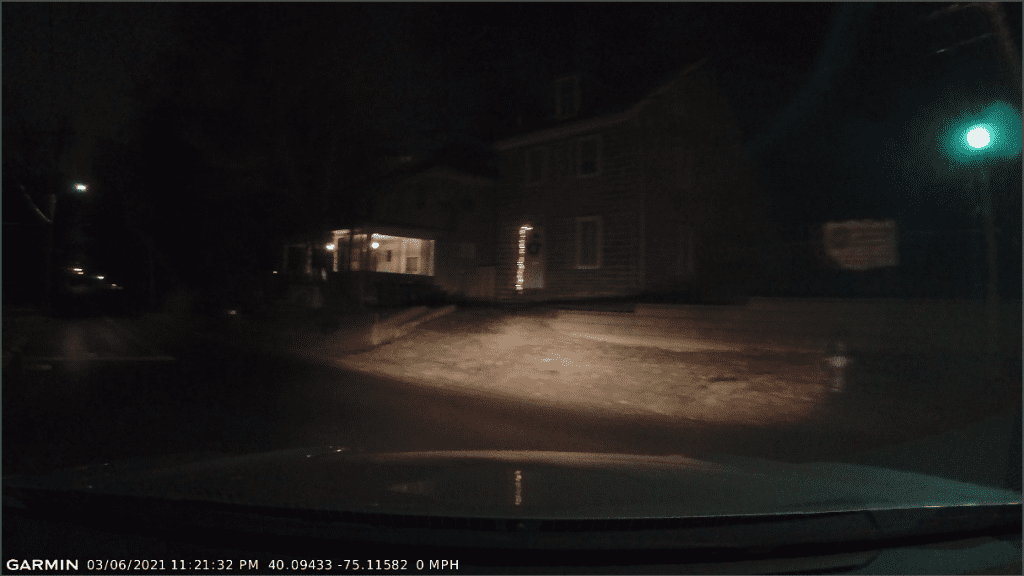 For reference, the silver fire hydrant visible just left of center in the first image is visible at the right edge of my headlight projection while turning in the second image. At the left edge of the second image, my dash cam is looking straight down the oncoming northbound lane of travel (i.e. this is the lane the speeding car was traveling in). Below is a lightened version of the second image: 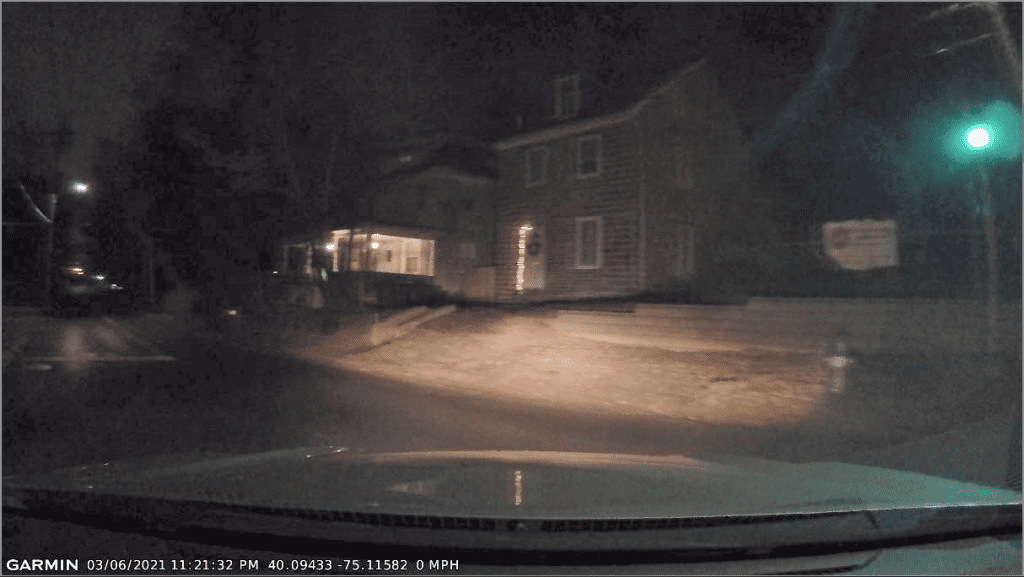 A basic approximation of the impacting vehicle’s speed from video was performed. The vehicle passed through the intersection while traveling its wheelbase in 4 frames of a 30 frame per second video. 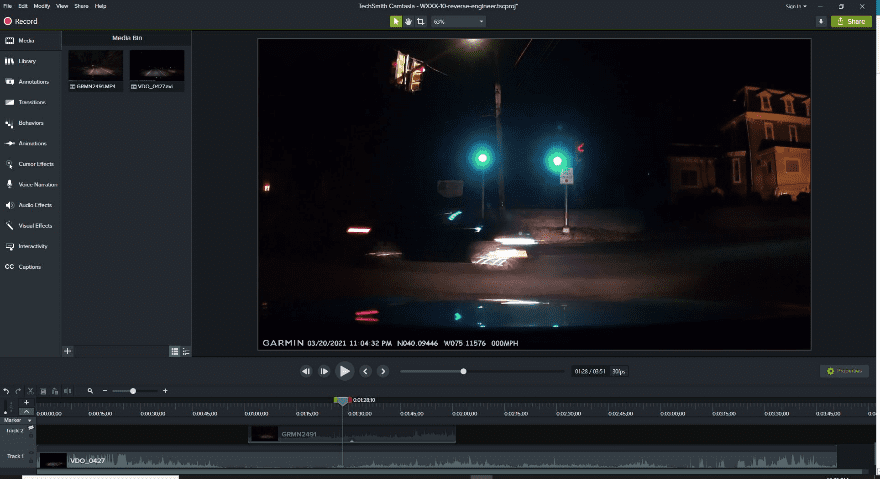 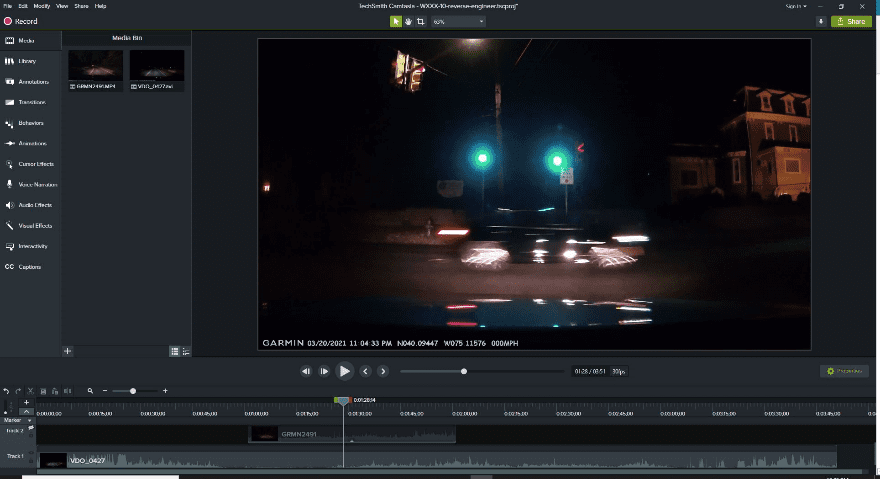 Using the 111-inch wheelbase of a 2020 Honda Accord sedan for reference, the speed of the impacting vehicle would have been on the order of 47-mph in a 35-mph speed zone, hence my reference to “the speeding car” throughout. Additionally, it is noteworthy that impact would have taken place 9.33 seconds after the impacting vehicle operator’s traffic light had changed from green to yellow, or 5.33 seconds after his light had changed to red. He was faced with a red light for over 5 seconds at the time of this collision.

If my 25 years of accident reconstruction experience have taught me anything, it’s be alert, be cautious, be careful at all times of the day or night, no matter the road, no matter how far or close to home you may be. Thank you, thank you, thank you again to my “lucky stars.”