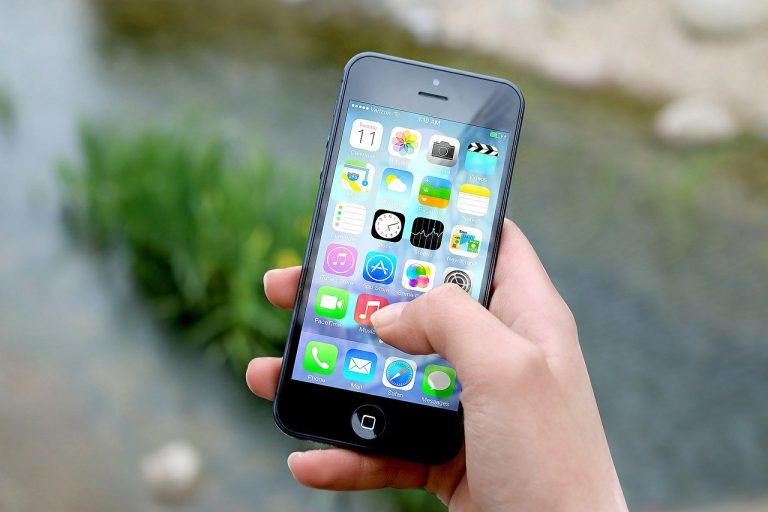 Screen time across multiple devices has heavily increased since strict guidelines calling for social distancing began in March of 2020. If you own an iPhone, you can monitor screen time, and even set a screen time limit for your children (or yourself!) Screen Time is an exclusive feature for iOS or Apple devices that can be activated by the phone’s user to track application usage. This data can be broken down to determine how often a user picks up their phone, how much time they spend on certain applications, and can even produce daily average calculations for categorized screen time content. 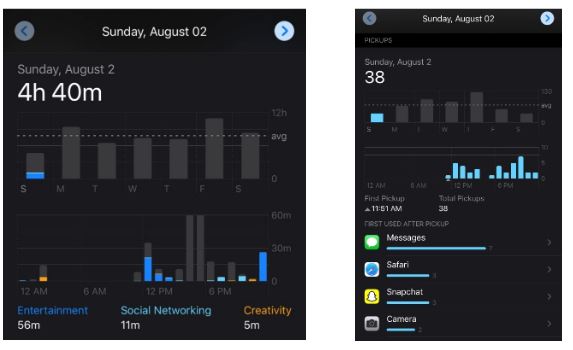 On August 2, 2020, a subject iPhone recorded 4 hours and 40 minutes of screen time. Details including the time the user picked up their phone for the first time (11:51 AM) and how many additional times it was picked up during the day (37 times) was recorded. After each time the user picked up their iPhone, the application used first was recorded. All of this data is accessible to the user and anyone who has access to the Screen Time function on their phone.

A forensic extraction of an iPhone can yield additional data that can be used to determine the specific start and end times associated with each application use. This data could be used in forensic investigations, including collision reconstruction cases. For example, consider the common vehicle v. pedestrian scenario where the pedestrian walks into oncoming traffic. A forensic extraction of the pedestrian’s cellphone could show that the pedestrian was playing Pokémon Go that day. Matching the timestamps of the application’s screen time with relevant 911 calls or vehicle event data, could prove that the pedestrian had Pokémon Go open at the exact time of the collision.

Screen Time data can provide the same insight to the behavior of the vehicle operator involved in the incident. Data extracted from their cell phone may show that they were accessing the Messages feature on their phone, or checking Facebook at the time of the collision, and neglecting to properly survey the upcoming crosswalk for pedestrians.

Aside from actual application usage, the Screen Time feature also records timestamps of when a notification pops up on the device. Researchers from Florida State University found that push notifications can be just as distracting as sending texts or making calls. While a person may not have been texting and driving, they could have been reading a notification without unlocking their phone or distracted in general by the notification. 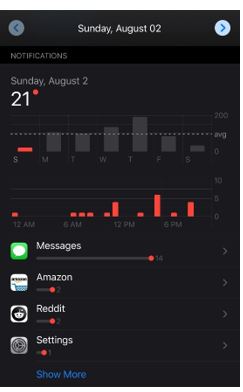