Stop Sign Obstruction: Was it the Cause of a Motorcycle Collision? 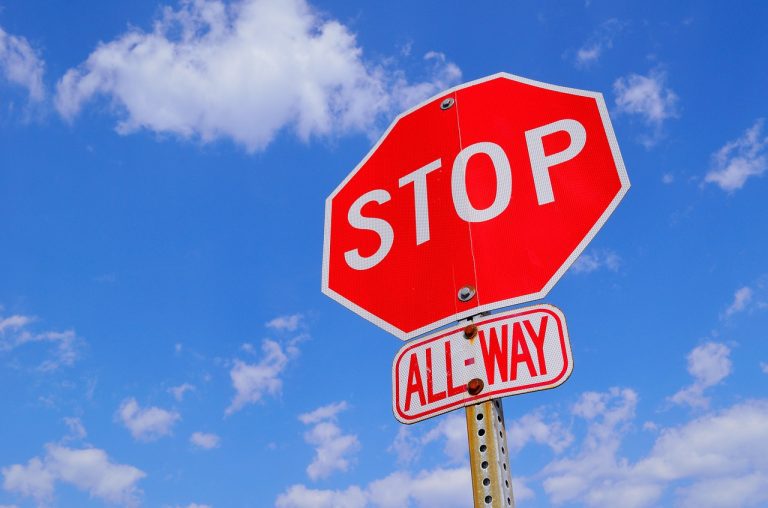 Synopsis: A motorcycle was traveling southbound on a two-lane, two-direction roadway approaching a T-type intersection with a four-lane roadway. The motorcycle operator (plaintiff) failed to stop at the posted stop sign and entered the four-lane roadway where he was involved in a collision with a westbound vehicle.

The motorcycle operator testified he was traveling at the posted speed limit of 35 mph as he approached the intersection but, due to the stop sign being obstructed, perceived the traffic control at the last instant and did not have sufficient time and distance to stop prior to entering the four-lane roadway.

The plaintiff contended that tree branches obstructed the stop sign and therefore sued the State [the governing authority for the roadway], as well as the owner of the property on which the tree was located. The area of the collision was reportedly changed by the time suit was filed. The plaintiff provided no specific “hard copy” data, including photographs or measurements, to establish the obstruction or the extent of the obstruction.

Instead, the plaintiff/motorcycle operator relied on the testimony of other vehicle operators riding with him to establish that the stop sign was “obstructed.” There was physical evidence, a skid mark from the motorcycle, that the plaintiff relied upon to argue that he did eventually see the stop sign and that he braked to try and avoid entering the four-lane roadway.