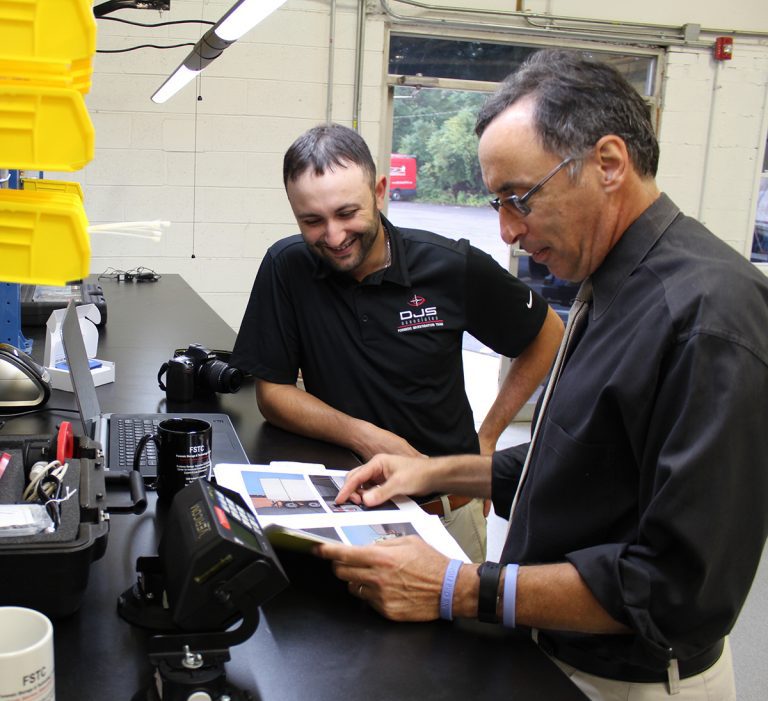 There are three parts to every collision: the vehicle, the roadway, and the driver. In honor of my father – and following the conceptual writing prompt he loved the most (“let’s see how far we can stretch this analogy”) – this article will take a look at the “great collision of life” and see how our framework applies. Yes, I could use this space, which we are grateful to have been awarded, to gloat about the recent “cease and desist” letter sent to Tesla (which I have been calling for the past 2 years), or to rewrite the ABC’s of the latest trend in crash reconstruction (another one of my father’s favorites). It may not be conventional – but there is no way I am going to pass up the opportunity to gloat about my father to such a distinguished audience.

The Vehicle. My old man was a machine. The vehicle which he drove on a daily basis was 5 foot 10 and 160 pounds – and this was true from the time he was in graduate school until the day he passed away. He used to tell me that he was under 5 feet tall when he graduated high school and then grew 8 inches between high school and college. I held out hope that the same would happen to me, but unfortunately, I am still waiting for 5’8” to turn into anything taller than 5’8”! Not only did his last moments come just after he dismounted his spin bike – but I will always remember the neon yellow runner’s pullover he had been wearing earlier that day. Dad was an athlete. Scratch that, he couldn’t hit a golf ball over 200 yards, and he had the worst wrist shot and slap shot I’ve ever seen. Dad loved to exercise. Much better. At 61 years old, his aerobic endurance was miles beyond my 33-year-old “vehicle,” and he had even completed a marathon (he had run a few) in under 4 hours.

The Roadway. The environment in which my father flourished was unbounded – despite his “too cool for school” demeanor (at times), he loved to interact with people (including strangers), and one of the most common sentiments shared with me after his passing was that “he lit up the room everywhere he went.” Still, there were two mainstays where he flourished the most – at home with mom and at our office in Abington, PA. Both places are within a 2-mile radius, and there was very little difference between his mindset or his treatment of others at either place. As I sit in his office every day, I am surrounded not only by people who have worked here for as long as I have conscious memory – but I am also surrounded by my mother, my “uncle” Terry, my wife, two of my best childhood friends, my sister’s best friend, and a collection of others who I view not as my coworkers, or even as my friends, but as my family. That’s what was important to my father. Not the money, not having authority over anyone, it was the feeling he got from working hard to help better their lives that kept him going, and their loyalty, dedication, and genuine love over the past 4 months is a true testament to the kind of person my dad was. While I have, and will continue to, personally thank every single person who works here for not missing a single beat since his passing – our other engineers Scott King, Bob Lynch, Jim Schmidt, and Rob Kinder (Junior) deserve special mention as their strength has spurred on mine even though I know that Bob, Jim, and Rob all felt like they too lost a father and Scott (seeing how he’s old 😊) felt like he lost a brother.

The Driver. While my dad was fiercely independent, there were undoubtedly two drivers in his life – my mom and my sister. Yes, I know he loved me very much and that he was very proud of me – but let’s be honest, he did everything my mother told him to do and he loved my sister a whole lot more than he loved me! And neither of us would have wanted it any other way. The way my dad treated my mom and my sister is, above all else, the greatest lesson he taught me. Importantly, he had a deep respect for my mom that I understand more and more every time we are faced with a tough decision, a challenging situation, or any other adversity that has presented itself recently. She is a remarkable woman and words cannot express how grateful I am to have her here to help me learn how to drive this company into the future. When it comes to my sister, anyone who ever had a conversation with my father likely heard a story about her. The way he lit up and dropped everything the moment she called was touching (and hilarious), and he was sure to always remind me that he did indeed love her more. Perhaps it was because the two of them, similar to me and my mother, dealt with their emotions in the same way and possessed the same magnetic personality that people were immediately drawn to. Through my sister, there are so many wonderful parts of my dad that live on – it makes it easy to understand why they had such a special bond.

The second greatest lesson my father ever taught me was how to deal with reality. I remember after he passed trying to force myself to be nervous and afraid about the future even though I didn’t feel either. Remarkably, even though I had just lost my mentor, my best friend, and my father, the feeling was “this friggen sucks” and not “oh my g-d, what are we going to do.” I knew what to do and I knew I could do it. Why? Because he showed me what to do and he told me I was going to be great at it. Through his own actions, every time adversity reared its head, he would beat it down with hard work and, of course, a bunch of inappropriate, uncomfortable jokes like the ones I watched him deliver at the funerals of his brother and two of his best friends (all in the past 10 years). The fact that our clients remain our clients is a testament to him and his legacy. The new clients who have started to use us over the past 4 months are a testament to his reputation and abilities. As we move forward, I have no doubt that the DJS product is going to improve and that the people here, his family, are going take this company to heights he could have never imagined. While this will all be done with the overarching feeling that “I wish he could see this because he would have loved it” – our success will always be a testament to his love, dedication, and hard work. Finally, as for me – every time I get sad, I remember what a gift I received to have had 33 years with the best, most dedicated father anyone could imagine. If I need a good laugh while I sit alone at his desk at 2 a.m. every day – I look up and think about how big he must be smiling as I am forced to admit “he was right” when it comes to just about everything I disagreed with him on at work. I love you dad – I will make you proud.

Justin P. Schorr, Ph.D., President, Principal Collision Reconstruction / Transportation Engineer with DJS Associates, Inc., can be reached via email at experts@forensicDJS.com or via phone at 215-659-2010.

Soft and Pliable a Tire Should Not Be!