To Deploy or Not to Deploy – That is the Dilemma 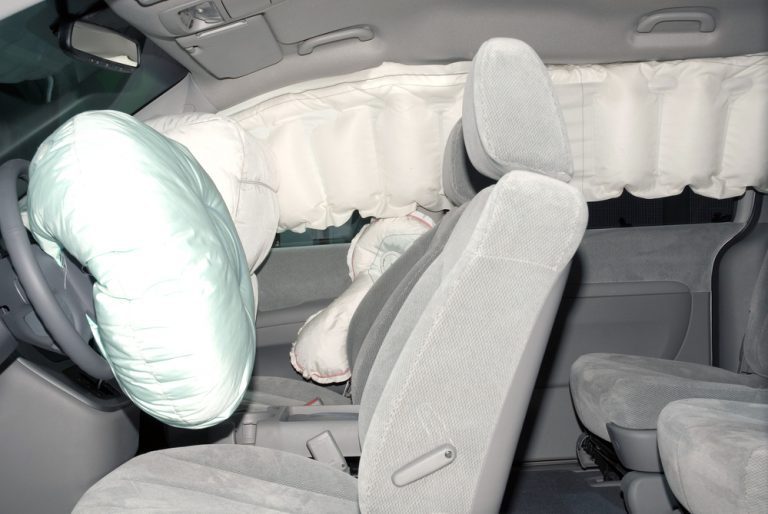 The purpose of an airbag in a vehicle is to offer an increased level of protection to occupants in a crash. To be able to do this the airbag needs to deploy in crashes where added protection is needed, but not to deploy in crashes when the risk to the occupant would outweigh the benefit. Generally frontal airbags will deploy if the Delta-V, or change in velocity of the vehicle, exceeds 8-14 miles-per-hour (MPH). However, there are scenarios when airbags have deployed in collisions where the Delta-V was less than 8 MPH, or airbags did not deploy in collisions where the Delta-V was above 14 MPH. In these latter instances, a claim for failure to deploy is often made by an injured party.

While we may use the 8 to 14 MPH Delta-V range as a general benchmark, a deeper understanding of how airbags are designed is necessary to understand why an airbag may or may not have deployed in a collision. While the Delta-V gives one indicator to the overall severity of the collision, the deployment algorithm is not based on Delta-V. Rather, the airbag system must predict how severe a collision is going to be within approximately the first 30 milliseconds of the crash to then command the airbags to deploy to protect the occupants. The Delta-V from a crash can often take more than 100 milliseconds to fully develop. While the duration of the entire crash pulse is approximately equivalent to the time to blink an eye, the airbag system must predict the severity of the crash within only a small fraction of this time.

Rather than relying on Delta-V, the airbag system monitors the accelerations (or decelerations) to the vehicle, and more specifically the rate of change of acceleration, which is the physical property known as ‘jerk’. When airbag deployment occurs in a deer or pedestrian strike with an overall Delta-V that is low, the impact usually occurs directly to where a satellite sensor on the front bumper is located. This satellite sensor sees a rapid rise in accelerations and tricks the system into thinking the crash is going to be worse than it turns out to be, resulting in airbag deployment. In collisions where the Delta-V exceeds the 14 MPH with no airbag deployment, the accelerations to the vehicle are often slow to develop and the airbag system fails to predict the full magnitude of the collision early on when it is deciding whether to deploy the airbags. A collision scenario where the crash pulse is slow to develop, and airbags may not deploy, is when a vehicle underrides a tractor-trailer or large SUV.