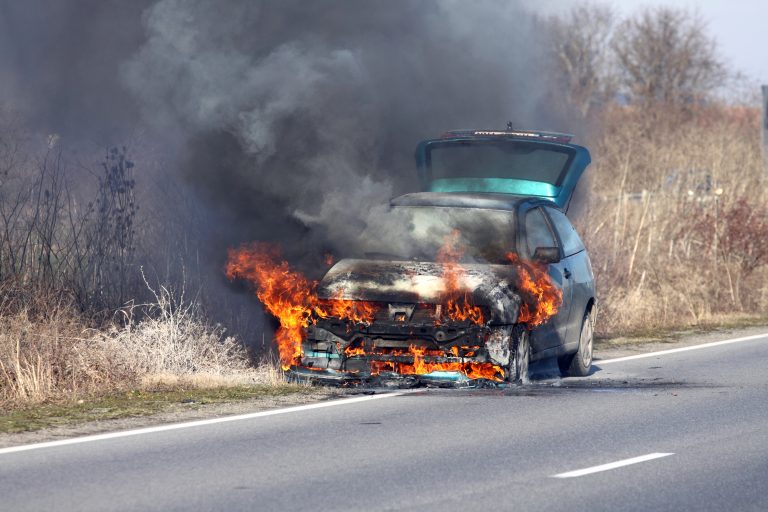 Courts have long established that a person can be qualified to provide expert testimony to a judge or jury if that person possesses the knowledge, training, or experience in a specific subject matter. Experts typically apply those qualifications to physical evidence or other data, testimony, and discovery production to formulate their opinions. When possible, experts may rely on relevant industry guidelines, recommended procedures, and investigative strategies to serve as a foundation for their opinions. A recent commercial vehicle fire investigation drew from a multitude of these sources to establish the fire’s origin and root cause.

A commercial motor coach suffered a mechanical malfunction resulting in its roadside disablement. A regional commercial towing operator was dispatched to tow the coach back to its terminal for diagnosis and repairs. During the towing, the tow operator was alerted by passing motorists to a potential emergency. Upon stopping his vehicle, the tow operator discovered thick smoke emerging from the rear wheels of the motor coach. Realizing he could not extinguish the fire; the tow operator summoned fire personnel and disconnected his tow truck from the coach. While not completely burned, the coach suffered catastrophic fire damage.

The fire damage patterns made clear what had already been expected: this was a wheel fire. However, what was not immediately clear to the insurance carrier was what ultimately caused the fire. Moreover, there was an obvious interest in whether the fire was related to the towing operation or not. A detailed fire origin and cause investigation identified that the fire occurred because the rear brakes had over heated. This was not normal considering that the air-brakes on the coach were not used during tow procedure; however, what was normal for this coach, as is normal for most commercial vehicles, is that the parking brakes automatically apply in the absence of system air pressure. In this particular case, unless the parking brakes at each rear wheel were mechanically disengaged, they would apply. If a vehicle like this is towed with the parking brakes applied, the brakes may become extremely hot and greatly increase the risk of fire.

In this case, the physical evidence readily established the fire origin area. Following the investigative strategies recommended by a variety of relevant organizations – such as the National Association of Fire Investigators – other reasonably plausible causation candidates were considered and eliminated, thus providing a scientific foundation for the expert’s opinion regarding causation. Further, recommendations and training curriculum from the Towing and Recovery Association of America, which both require mechanically disengaging the parking brakes in this kind of towing situation, provided the foundation that the fire was directly related to an improper towing operation.

R. Scott King, BSME, CFEI, Principal Automotive / Mechanical Engineer with DJS Associates, Inc., can be reached via email at experts@forensicDJS.com or via phone at 215-659-2010.