Who Was the Driver? 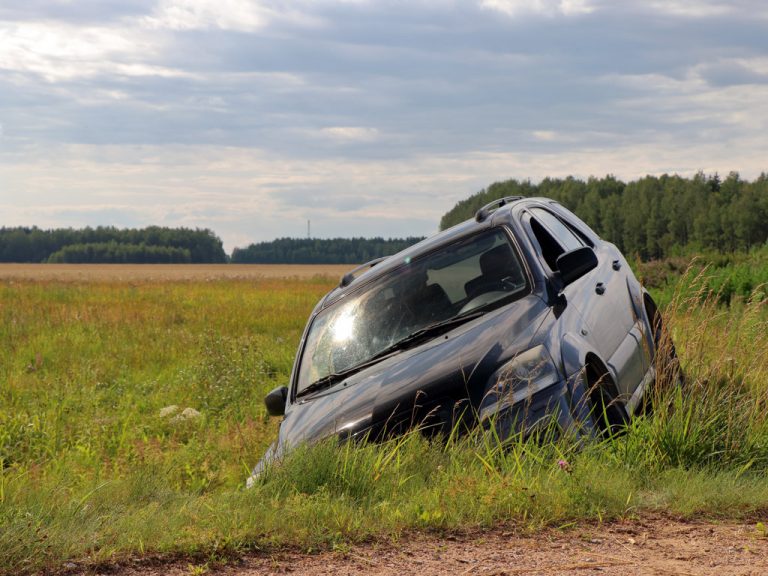 Case Synopsis: Four buddies went out drinking one night. While on their way home from the bar their vehicle departed the roadway to the right, as it was negotiating a left curve. The Event Data Recorder (EDR) in the vehicle indicated that the vehicle was traveling above the speed limit, at a speed above the critical speed for the curve, which resulted in the roadway departure and subsequent counterclockwise yaw before a frontal impact with a tree. All four occupants were unbelted, and three of the four occupants were ejected from the vehicle. Two of the ejected occupants were fatal. The one occupant that remained in the vehicle was the owner of the vehicle. The State Police conducted a criminal investigation to determine who was driving, concluding that it was the owner of the vehicle, the one who was not ejected.

Analysis: DJS was hired by a criminal defense firm to evaluate who was driving at the time of the collision, or more specifically, whether the evidence and available data would allow for the State Police to opine “beyond a reasonable doubt” that the owner of the vehicle was the driver at the time of the collision. An analysis was conducted to define the dynamics of the collision, and specifically, how the occupants would move inside the vehicle as it traveled around the left curve, departed the roadway, and impacted the tree. The engineering analysis indicated that of the four unbelted occupants, the driver, right front passenger, and left rear passenger, all would have had a largely unobstructed path to be ejected through the front windshield during the frontal tree impact. The right rear occupant space would be the most protected position in the vehicle, and the right rear occupant would be the one most likely not to have been ejected through the windshield and to have remained inside the vehicle post-impact. The owner’s wallet and cell phone were located in the right rear floor area, consistent with him being located in this seat at the time of the collision, as opposed to the driver seat.

Result: The case went to trial. Testimony was heard by fact and expert witnesses on both sides. Following the closing arguments and jury instructions, where the owner was facing at least a handful of charges, the jury deliberated for 2 hours and came back with a NOT GUILTY verdict for the owner on all charges.

Soft and Pliable a Tire Should Not Be!