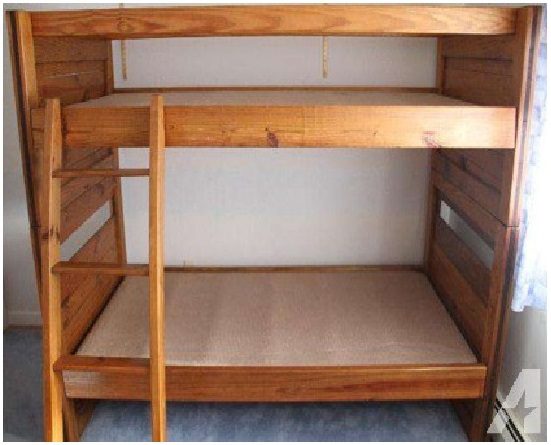 John R. Yannaccone, PE, Mechanical Engineer ::::
Case Synopsis: An 8-year-old boy, and his friend, climbed to the top of a bunk bed to play a game. Shortly after checking on the boys, the homeowner reported hearing a loud noise, followed by a child’s scream. Upon entering the room, she found her son climbing down from the top bunk, the friend on the floor, unresponsive, lying on top of the guard rail of the bunk bed.
Expert Analysis: Examination of the bunk beds revealed that the guardrails consisted of single pieces of 1 x 4 inch wood. They sat into a pocket with approximately 1 ½ inch engagement on each end of the guard rail. The guardrails were sufficient in length to fully engage the pocket. There was no damage to the guardrails, nor was there any indication that the guard rails had been bent and forced between the head and foot boards of the bunk bed. The guardrails sat loosely in the pocket and were not fastened or attached to the end structure of the bed.
At the time of the incident, industry standards for bunk beds required guardrails to be attached in a manner which requires the intentional release of a fastening device, or be designed so that they cannot be removed unless forces are applied sequentially in different directions. The subject guardrails were not fastened and only required upward force to lift them out of their pocket. Additional research showed that at the time the subject bunk beds were manufactured, there was no requirement in the standard for the guardrails to be attached to the bunk bed; however, there was nothing that prevented the manufacturer from incorporating a means to fasten the rails to the bed. By attaching the guardrails to the bed, the risk of inadvertently dislodging the rails would be eliminated and provide the intended protection to the occupants.
Result: Prior to trial, a settlement was reached with all parties.
John R. Yannaccone, PE, is a Mechanical Engineer with DJS Associates, and can be reached via email at experts@forensicDJS.com or via phone at 215-659-2010.