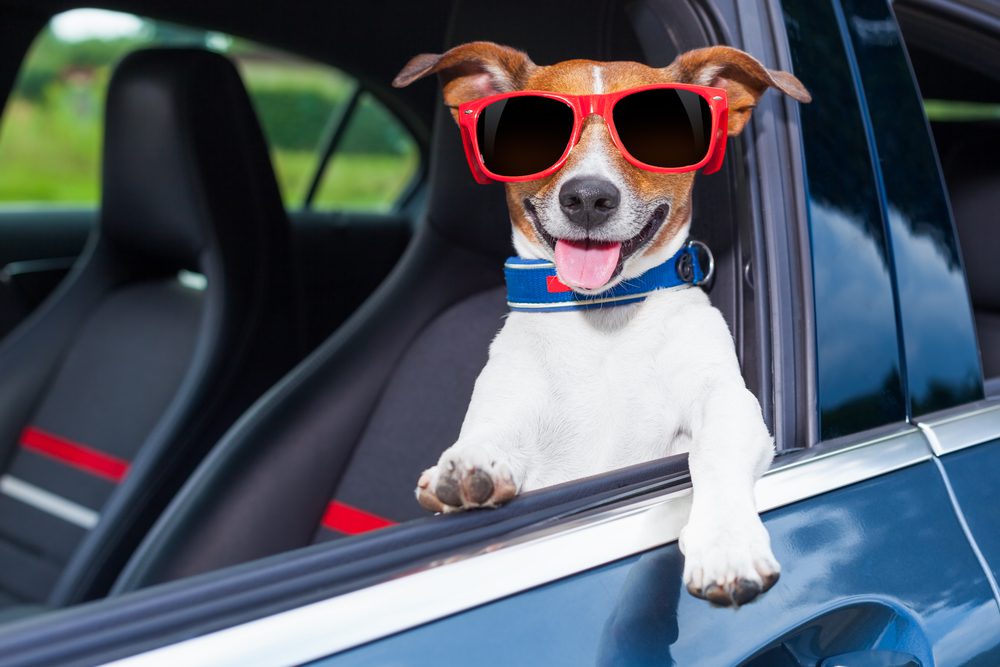 As an engineer who deals with occupant safety in vehicles, I occasionally get asked questions related to vehicle pet safety. Earlier this year, the topic gained attention when a Maine state legislator introduced a bill to require dogs to be harnessed or tethered in a moving vehicle. The bill was later withdrawn, but the questions remain. Some states have laws on the books to address issues with drivers who operate their vehicles with a dog on their lap. Frequently, this is related to the risk of the dog distracting the driver or interfering with the operation of the vehicle. A 2012 New Jersey law makes it illegal to transport an animal in “a cruel or inhumane manner”; however, this has led to many questions as to what constitutes “a cruel or inhumane manner”. Only Hawaii prohibits driving with a dog that is free to move about the vehicle.

When asked about the safety of using a harness to restrain dogs in a vehicle, the initial response is to ask whose safety they are concerned with, as the answer can be different. There are many different animal restraints on the market, and prices vary widely. If the concern is preventing the animal from being able to climb up into the front seat, distract the driver or interfere with operation of the vehicle, just about any of the systems will serve that purpose. If the concern is to prevent a dog from falling or jumping out of a car window, there are fewer capable of that task; many systems though can keep Fido from exiting the vehicle. The real issues arise when the question is the ability of the pet restraint to function properly in the event of a crash.

There are two factors related to harnesses. The first is the ability of the harness to prevent the animal from becoming a projectile and striking other occupants. This is a relatively simple issue; the harness just needs to be capable of limiting movement of the body of the pet and carrying the crash loads from the weight of the pet. In 2013, the Center for Pet Safety (CPS) tested several harnesses which claimed to offer crash protection to pets. Their focus was on the integrity of the harness during the test, and the ability of the harness to limit the head excursion of the test dogs. Most of the harnesses tested by the CPS were not capable of keeping the test dogs on the seat. Many of the harnesses had components or were assembled in a way which made them incapable of remaining together and able to transfer the crash forces to the vehicle. They allowed the test dogs to have excessive motion; in a real vehicle, this would have allowed them to impact other occupants or the interior of the vehicle.

The second, and more difficult factor, is the ability of the harness to protect the pet from injury. To protect the restrained pet, the system must not only be able to carry the crash loads, but also apply those loads to the animal in a way which will not cause injury. Just as with people, this means the restraint forces must be distributed over as wide of an area of the animal’s body as possible, and the harness loads must be applied to the strong, bony parts of the animal’s body. One of the more difficult items to control is how these loads are applied to the body. With adults, we have some basic expectations of how they will or should be sitting in a car. For young children, we try to limit or control the child’s position with the use of a child seat with a harness. For an animal, the task is more difficult, and their initial position can vary widely unless the harness controls or limits their ability to move. Additionally, there are issues with being able to measure and compare forces in the body of the animal with their tolerance to injury.

Another issue causing so much confusion with pet restraints is the lack of regulations. While many manufacturers make claims that their products offer crash protection, when the CPS tested the products, most did not deliver an acceptable level of protection. Pet restraints are not regulated by the government. In fact, the Consumer Products Safety Commission (CPSC) and the National Highway Traffic Safety Administration (NHTSA) have both stated pet restraints do not fall under their jurisdiction.

So, do you think you can avoid all this confusion, skip using a harness and just place your pet in the pet carrier you have been using for years? Not quite. In the CPS testing, many of the pet carriers tested structurally failed and allowed the test dogs to be ejected from the carrier. The test results for crates were somewhat better in that most were able to keep the test dogs contained in the crates. However, some still had issues with remaining attached to the vehicle.
All that being said, what is the best way to restrain your pet in the car? The American Veterinary Medical Association recommends you consider if you really need to take your pet with you in the car. If they really don’t need to go with you, then leave your pet safely at home.

If your pet must join you in the car, based on the available information, your best option is to purchase a harness, carrier or crate that has been crash tested and shown to have the ability to remain intact, and limit the motion of the animal during a crash.