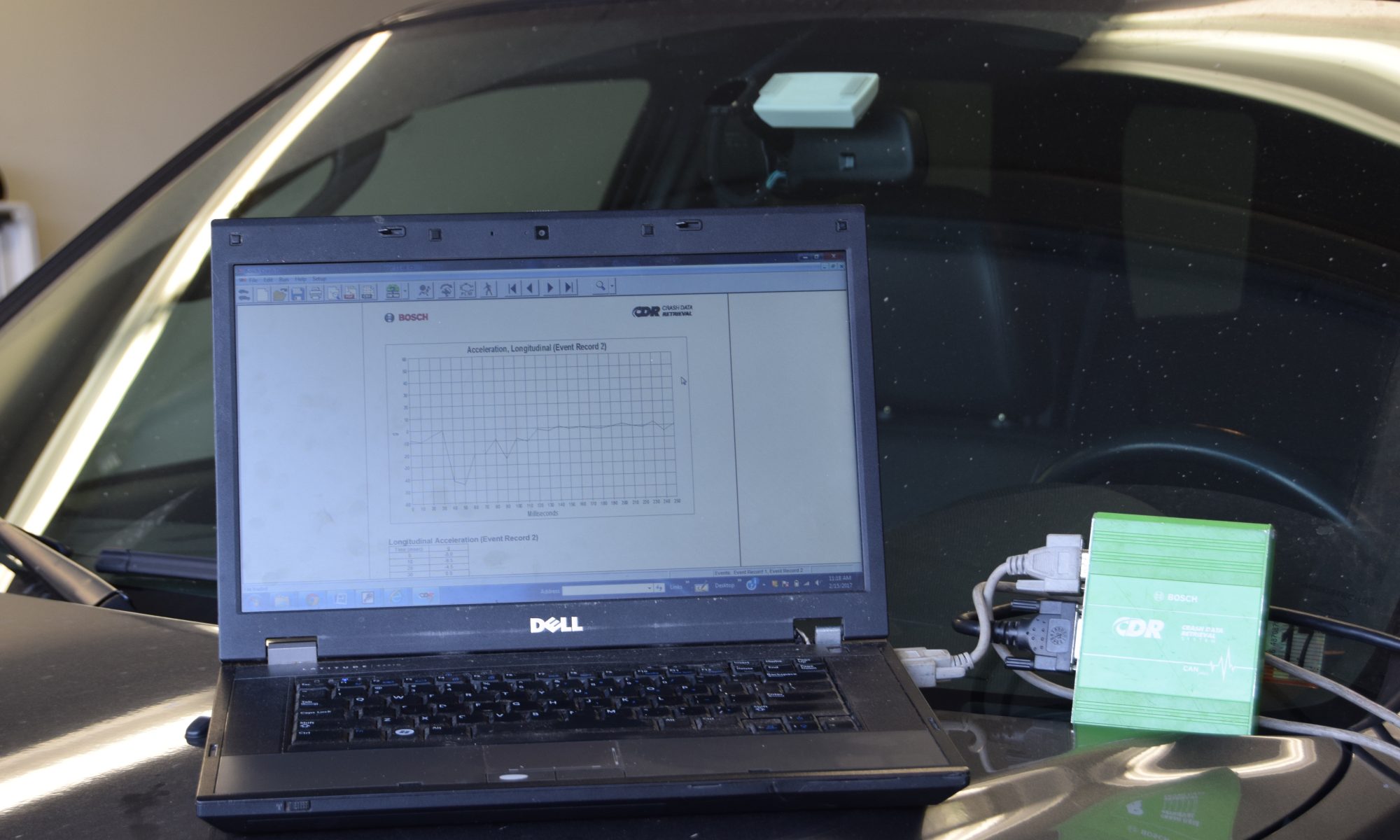 Robert T. Lynch, PE, Sr. Collision Reconstruction Engineer ::::
Nearly all vehicles sold in the US since 2013 have an event data recorder (EDR), more commonly known as a black box, which is capable of recording data in non-trivial crashes. A non-trivial crash, as defined by 49 CFR Part 563 – Event Data Recorders, is any collision resulting in a change in velocity (Delta-V) to the vehicle of more than 5 miles per hour over 150 milliseconds. Older vehicles with EDRs would typically only record data in frontal collisions, but the current regulation for vehicles requires EDRs in newer vehicles to record data in front, side and rear impacts greater than 5 miles per hour Delta-V.
If a vehicle is compliant with Part 563 (vehicles 2013 and newer) and is involved in a crash resulting in a Delta-V above 5 miles per hour, 5 seconds of pre-impact speed, acceleration and braking data will be recorded in the EDR. While this information is often valuable to reconstruct the collision, the absence of data stored in the EDR can be equally as beneficial to the reconstruction.
END_OF_DOCUMENT_TOKEN_TO_BE_REPLACED