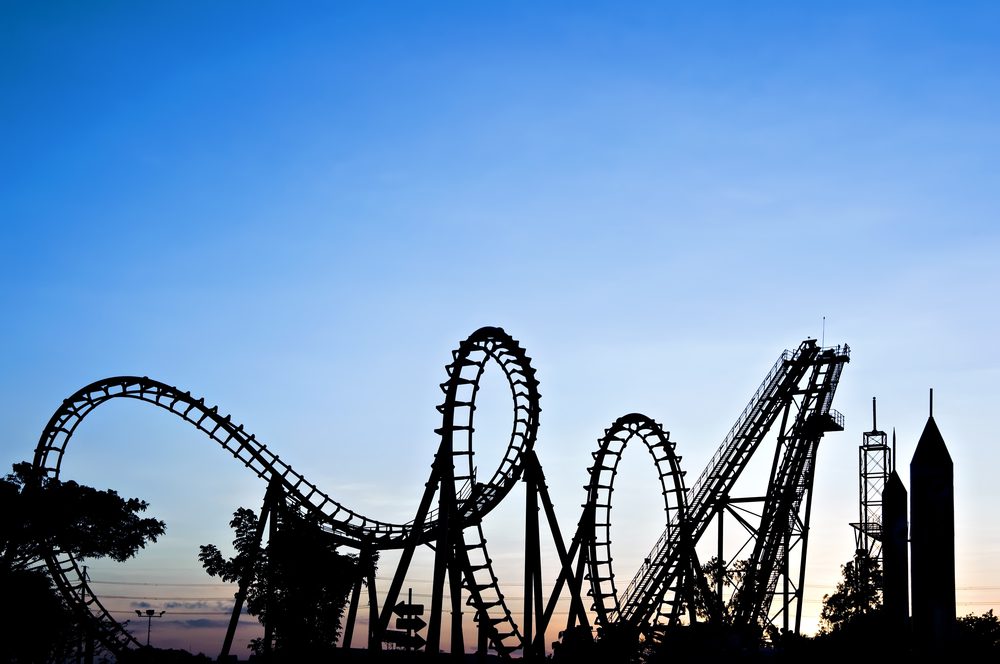 Robert J. Nobilini, Ph.D., Biomechanical Engineer ::::
Case Synopsis: The plaintiff was injured while riding a rollercoaster. He testified that the ride was “awfully bumpy” and when the ride ended, he was unable to move. He was taken to the hospital and diagnosed with a distraction fracture and spinal cord injury at the C6-7 level of his cervical spine along with previously undiagnosed ankylosing spondylitis.
Expert Analysis: An examination of the subject rollercoaster revealed the presences of brackets on the sides of the track. These brackets contained adjustment screws, which pushed inward on the rails of the track. It was observed that numerous brackets were broken and/or non-functional. Subsequently, it was discovered that these brackets had been installed sometime after the initial installation of the ride to maintain the gauge of the track.
Further investigation revealed that when the ride initially opened, the cars were slapping hard in the turns, which was causing the axles on the cars to break. It was determined that the reason the axles were breaking was because the gauge of the track was widening. To stop the axles from braking, gauge brackets were installed to maintain the gauge of the track. Several years later, the cars were rebuilt with stronger axles. Since the axles were stronger, it was determined that the gauge brackets were no longer needed. Some of the brackets were removed and others were loosened and abandoned. As a result, the gauge of the track widened over time and the cars began to slap hard in the turns again.
The slapping of the cars in the turns increased the lateral loads on the cars, as well as on the patrons of the ride. The ride owner was aware and concerned about the effect of the increased lateral loads on the axles of the cars. However, once the strength of the axles was increased, no consideration was given to the patrons of the ride.
The plaintiff in this case had an undiagnosed, pre-existing condition (i.e. ankylosing spondylitis), which increased his risk of injury. The ride owner’s failure to properly maintain the gauge of the track resulted in the plaintiff being exposed to higher than intended lateral loads. These loads, in combination with the plaintiff’s pre-existing condition, were the cause of his injuries.
Results: The case settled favorably for the plaintiff.
Robert J. Nobilini, Ph.D., Biomechanical Engineer with DJS Associates, can be reached via email at experts@forensicDJS.com or via phone at 215-659-2010.