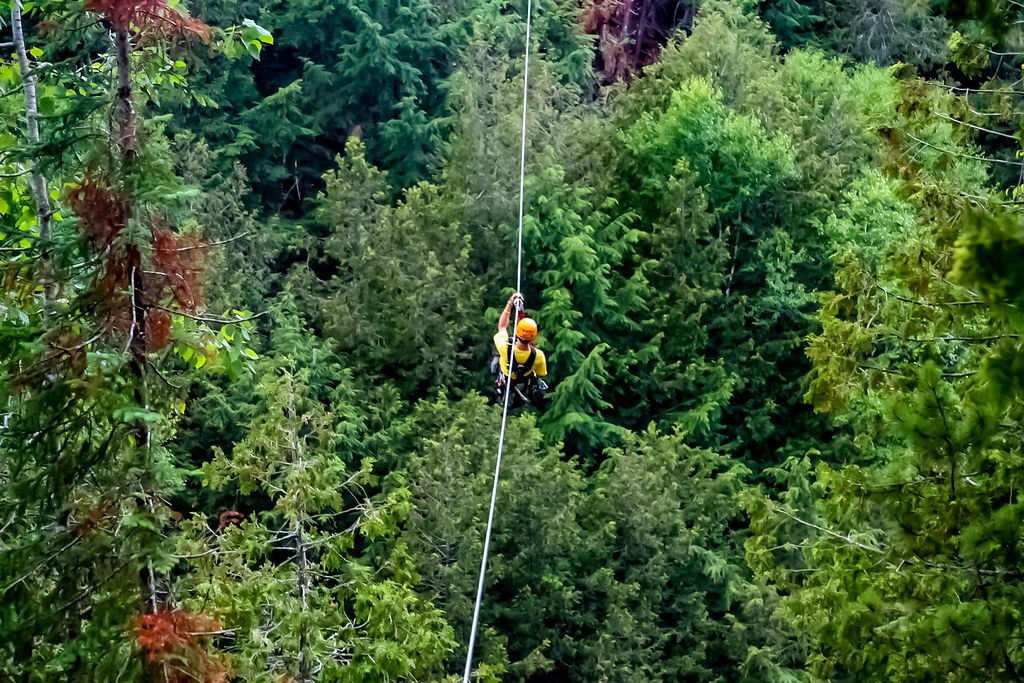 John R. Yannaccone, PE, Senior Mechanical Engineer ::::
Case Synopsis: An employee of an outdoor adventure facility was participating in an in-house training scenario where the employees were to complete a rope course. One of the obstacles involved a giant swing that used a carabiner to connect the participant’s harness to a swing line attached to two trees. A second line was connected to a quick release and was used to pull or haul the participant approximately 25 feet up. The participant pulled a small rope to actuate the release mechanism, which dropped the haul line and allowed the participant to swing from the swing line.
Several other participants had safely used the giant swing on the day of the incident prior to the plaintiff’s turn. When it was his turn, the plaintiff went to the bottom of the swing where the operator (another employee) connected the two lines and the plaintiff was hauled up. When the plaintiff pulled the release rope, he was completely discharged from the swing and fell approximately 25 feet to the ground where he sustained serious injuries. END_OF_DOCUMENT_TOKEN_TO_BE_REPLACED