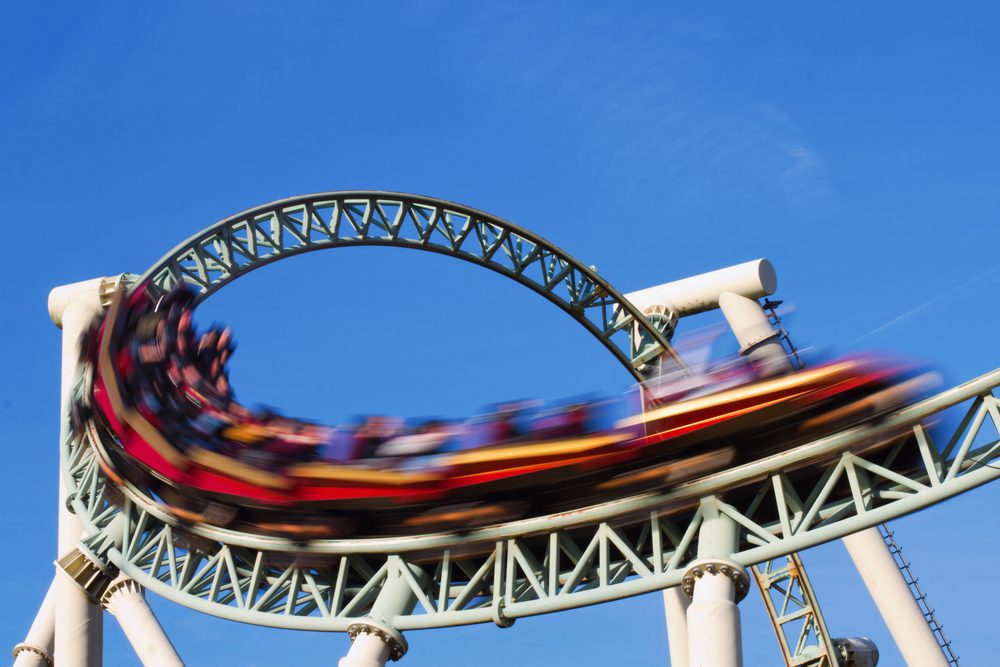 Robert J. Nobilini, Ph.D., Biomechanical Engineer
Case Synopsis: The plaintiff was riding a rollercoaster style ride at an amusement park when she incurred significant cervical injuries. Plaintiff described being thrown sideways to her right, feeling pain in her neck, and immediately experiencing neurological symptoms from the neck down. When the car returned to the station, the plaintiff could not feel or control her extremities.
Expert Analysis: An examination of plaintiff’s medical records revealed that she had incurred a herniated nucleus pulposus at the C5-6 level of her cervical spine with spinal cord impingement. During her deposition, plaintiff described that the car went into a sharp left turn, throwing her to the right, causing her right shoulder to strike the padded metal restraint rail that was mounted to the car. An examination of the subject ride revealed that the right siderail on the incident car was bent outward. Maintenance records for the ride revealed that the park was having issues with the speed of the ride increasing over the months leading up to the incident. It was determined that the increased speed of the ride, particularly as the cars moved through the sharp turns, created higher than expected lateral loads on patrons. The outward bending of the right siderails on the incident car was evidence that patrons were being thrown laterally into the rail with great force. During the incident, the plaintiff was thrown laterally towards the rail. Because the rail was displaced outward, the plaintiff was able to accelerate over a greater distance before striking the rail. As a result, she struck the rail at a greater than expected velocity, exposing her to a higher rate of deceleration. As plaintiff’s right shoulder struck the rail, her head continued to move laterally, forcing her cervical spine into extreme side bending, which resulted in her injuries.
Based upon the amusement park’s maintenance records, they had notice that the ride was operating at higher than expected speeds. Furthermore, the park knew, or should have known, that patrons were striking the siderail with enough force to bend the rail outward. Had the park taken appropriate measures to shut down the ride until the issues were resolved, the subject incident and plaintiff’s injuries would have been prevented. In addition, the manufacturer of the ride failed to comply with ASTM standards in that they failed to design the side restraint rails on the cars to adequately support passengers during the operation of the ride. The manufacturer further failed to comply with ASTM standards, in that they failed to provide the ride operator with operational tests and minimal test intervals to ensure that the cars of the ride were performing within their prescribed operational limits. As a result of the manufacturer’s failure to comply with the applicable ASTM standards, they were in violation of state codes.
Results: The case settled favorably for the plaintiff.
Robert J. Nobilini, Ph.D., Biomechanical Engineer with DJS Associates, Inc., can be reached via email at experts@forensicDJS.com or via phone at 215-659-2010.