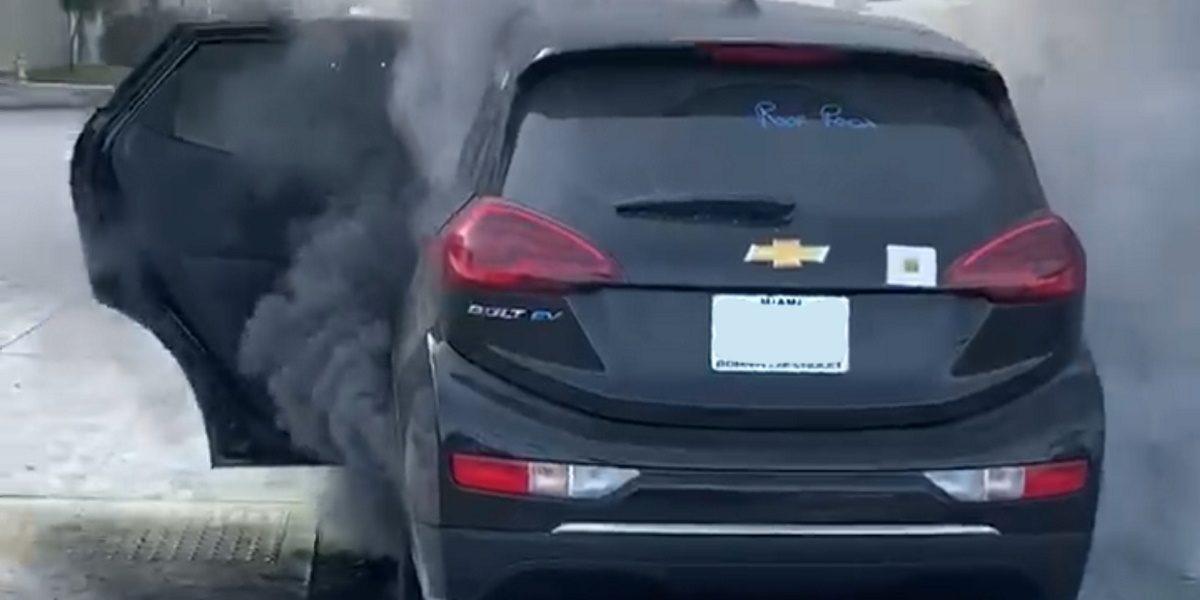 Yuri A. Apel, Senior Electrical / Automotive Engineer
Over the past two years there have been more than 10 reported cases of 2017-2019 model year Chevy Bolt electric vehicles catching fire.  While not much information has been released by GM and their battery supplier LG Chem, there have been multiple attempts to repair the problem.
After several attempts of rectifying the battery issue with software updates and warning customers not to charge their vehicle indoors (in case of fire), GM has finally opened a Recall Campaign to replace the batteries in 2017-2019 model year Chevy Bolts.
According to Chevrolet, “experts from GM and LG have identified the simultaneous presence of two rare manufacturing defects in the same battery cell as the root cause of battery fires in certain Chevrolet Bolt EVs.”  This is a clear example that software updates cannot repair physical manufacturing defects.
GM admitting that the batteries are physically defective and must be replaced is a huge step.  Manufacturers generally issue a recall campaign as the last course of action due to the cost associated with recall campaigns, as well as the negative impact the product line will suffer with the consumers.  This is especially important when the Chevy Bolt was supposed to be GM’s entry point to long range electric vehicles.
Owners of Chevy Bolt should immediately visit their local dealership to determine if their vehicle is affected by this or any other recall.
Any unfortunate incident regarding this recall or other product defects, DJS Associates is here to answer your questions.
Yuri A. Apel, Senior Electrical / Automotive Engineer with DJS Associates, Inc., can be reached via email at experts@forensicDJS.com or via phone at 215-659-2010.