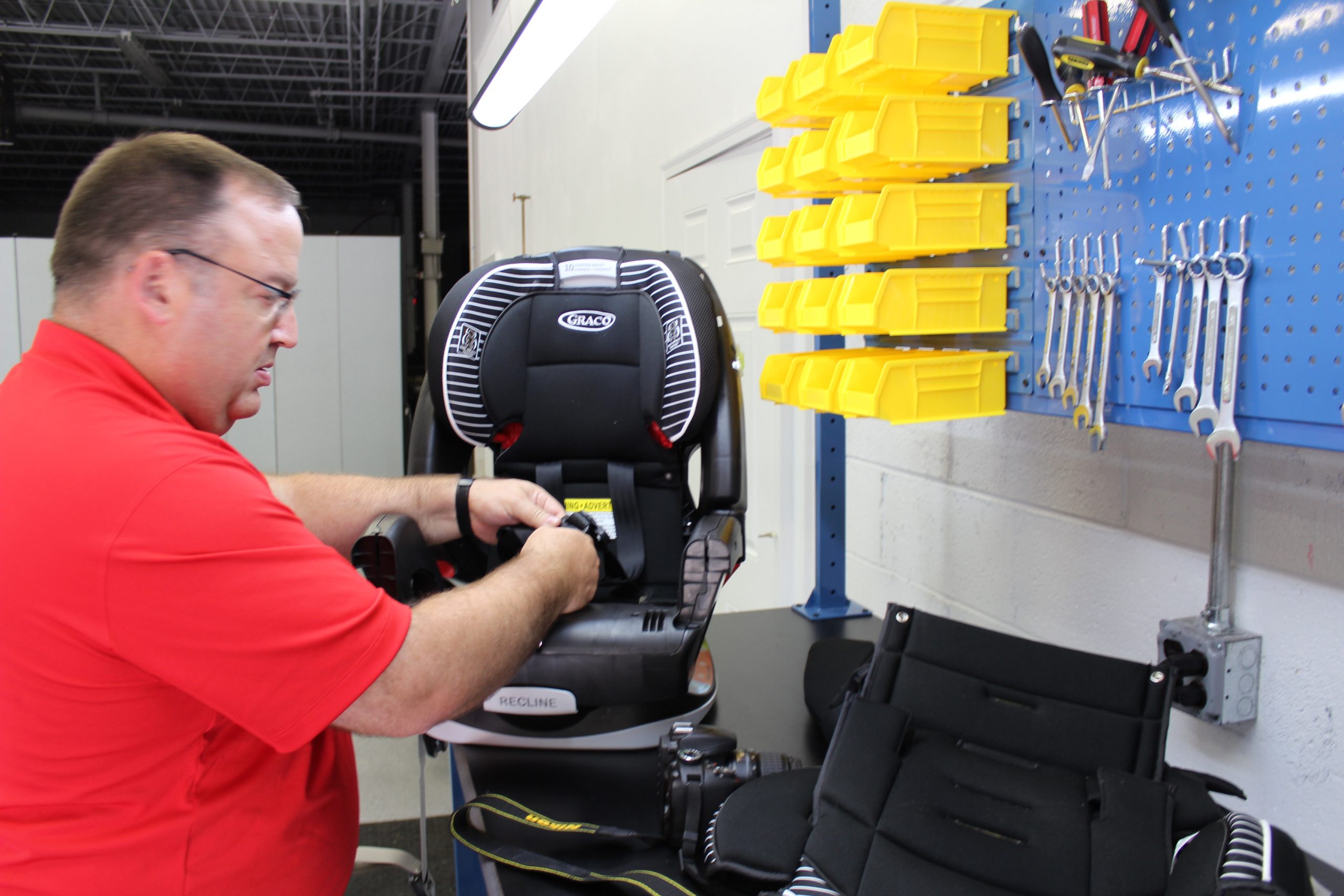 John R. Yannaccone, PE, Senior Mechanical Engineer ::::
Case Synopsis: A vehicle was entering an intersection when a pickup made a left turn across its path. The front of the car impacted the passenger side of the pickup and then came to rest in the intersection. The impacting car had three occupants, two adults and a young child. When the police arrived on the scene, the mother was holding an unconscious child. The parents reported their child was in his rear facing infant seat at the time of the impact; however, the mother took him out following the collision. The child was taken to the hospital where he later died as the result of blunt head trauma.
Expert Analysis: The collision was a minor to moderate impact in which a child, properly restrained in a child seat, should not have experienced any serious or fatal injuries. The parents, who reported they were not wearing their seatbelts, sustained only minor bumps and bruises in the collision.
The vehicle and the child seat were inspected. It was observed that the seatbelt was securing the child seat in the car, and the harness used to secure the child was loaded. However, the harness was routed through the child seat using a path for a much larger child, and the harness was adjusted to the maximum length. Both of these pieces of evidence were inconsistent with the small size of the child and would result in a harness that would be extremely loose on such a small child. During the inspection, the car seat cover/pad was removed and revealed a large towel which was folded and placed under the cover. When asked, the parents stated that the harness was very loose on the child so they placed the towel under the child in order to make the harness fit better.
During the collision, the child was poorly restrained in the child seat due to the improperly routed and adjusted harness, as well as the presence of the towel, which created additional slack in the harness when it compressed during the collision. These combined factors allowed the child to move in the child seat and have his head strike the back of the driver’s seat.
Result: Due to the numerous errors by the parents in using the child seat, a case against the child seat manufacturer was not pursued.
John R. Yannaccone, PE is a Senior Mechanical Engineer with DJS Associates and can be reached via email at experts@forensicDJS.com or via phone at 215-659-2010.