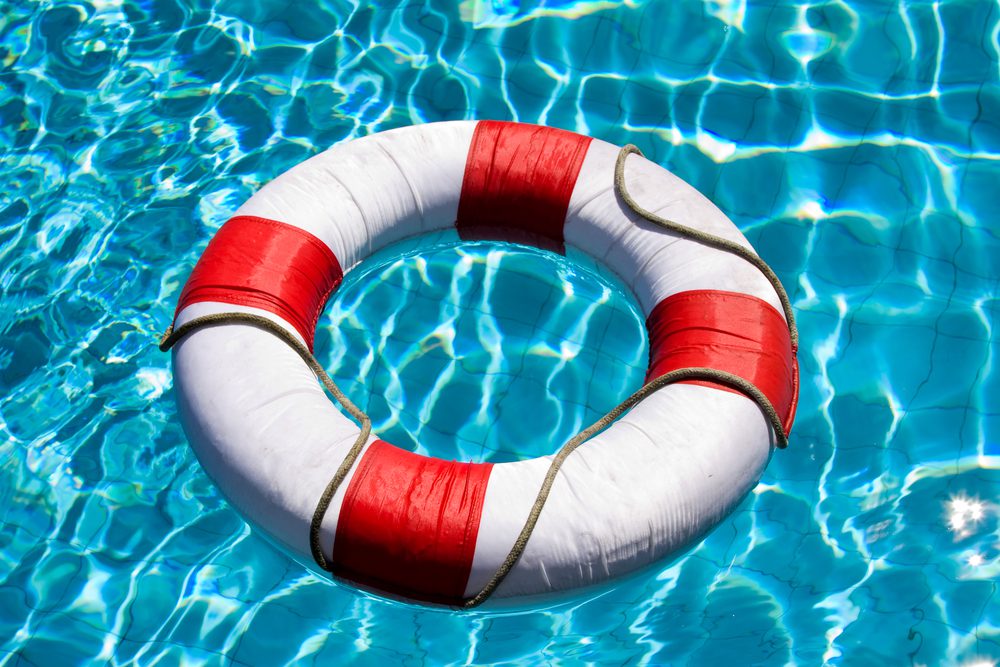 Thomas J. Griffiths, Ed.D., Aquatic Safety Consultant ::::
During an afternoon swim team practice, a national caliber swim team member was found unconscious lying on the bottom of the swimming pool by his coach. There were several confounding variables in this case. Plaintiff’s lawyers argued the coach had a duty to be on the pool deck 100% of the time during practice. In this case he was not, and only checked on his swimmers from time to time. The University claimed that since this was a voluntary practice following their official college swimming season, the swim coach was not required to be present on the pool deck. Even though there were very few swimmers working out in the swimming pool, a certified lifeguard was posted in an elevated lifeguard chair overseeing the practice. Although having a certified lifeguard on duty during a swim practice is strongly recommended, if not required, the defense expert claimed this was not always done.
Testimony suggested that the swimmer who died in this case told a team mate he was going to swim three lengths underwater. This is an extremely dangerous practice. No one in the swimming pool, including the lifeguard, saw the swimmer underwater until the swim coach came out of his office to speak with another swimmer. This is when the coach noticed vomitus floating on the surface at the deep end of the swimming pool. He then looked down to the bottom of the swimming pool and asked other swimmers in the water to see who or what was on the bottom. Immediately they discovered it was their teammate unconscious on the bottom and the rescue, recovery, and resuscitation efforts began in a timely fashion. Unfortunately, the competitive swimmer died. The autopsy found the swimmer had some genetic heart abnormalities that possibly were the primary cause of death. As one would imagine, the University defended themselves by stating the swimmer had serious medical problems predisposing him to sudden death in the water, he was engaging in a dangerous practice, and once a swimmer swims beneath the surface of the water, he is very difficult to detect by the most vigilant lifeguards, coaches, and teammates.
Plaintiffs argued if the lifeguard was doing his job, he would have seen the swimmer in time to rescue and resuscitate him. Likewise, if the coach was supervising his swimmers properly, he would have detected his swimmer in distress earlier, plus the team should have been instructed not to perform hypoxic training or prolonged underwater swims. This was a difficult case to resolve because it was contested which came first, a catastrophic medical event or Shallow Water Blackout.
A confidential settlement was achieved in favor of the family of the deceased. Swim teams need to ban the practice of hypoxic training and prolonged underwater swims that could cause drowning and induce other underlying medical maladies. They must also warn and educate their swimmers about these dangerous breath-holding activities.
Thomas J. Griffiths, Ed.D., is an Aquatic Safety Consultant with DJS Associates and can be reached via email at experts@forensicDJS.com or via phone at 215-659-2010.