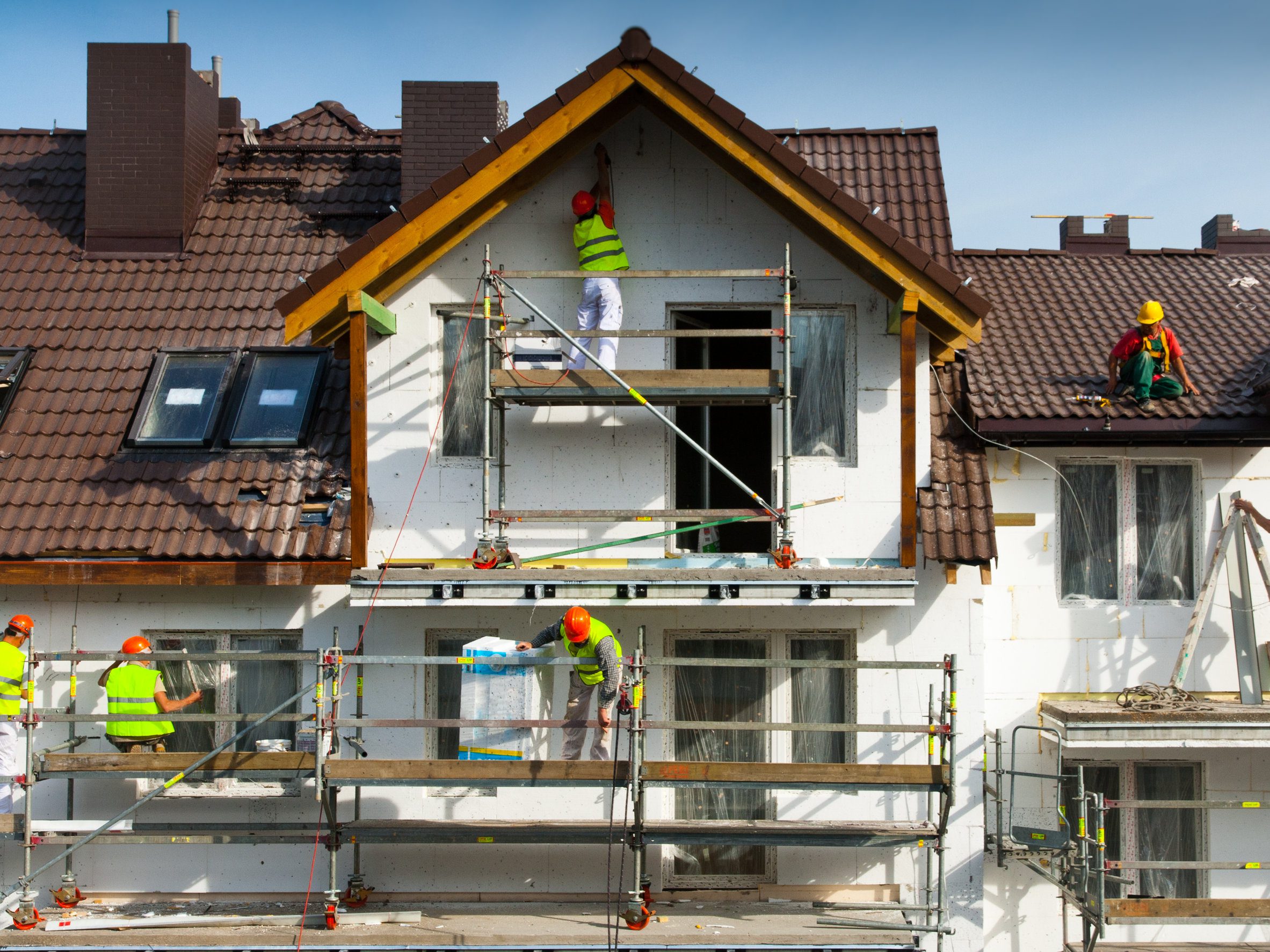 Lt. Col Bryan J. Smith, P.E., Construction Site Safety Expert
Case Description/Summary: During the construction of a multi-tenant housing unit, the general contractor directed one of their subcontractors (the one installing sheet metal siding on the building’s exterior) to work in a zone that had the masons actively working as well. The sheet metal worker was using a manlift to access his elevated work area, a location immediately adjacent to and under the masons’ self-supporting, mast climbing work platform (such as a “Fraco” scaffold system unit). While performing his work, the sheet metal worker was injured when a portion of brick was dropped onto him by a mason working on the Fraco scaffold.
Expert Analysis: A review was made of all related construction project documents. They identified the fact that the project was far behind schedule. This established that the general contractor was most likely pressured to conduct their operations in a rushed fashion, possibly skipping necessary safeguards. An internet search was conducted of contemporaneous photographs, and many were found to capture the construction work progress before and after the incident occurred. The photos revealed that the general contractor routinely allowed subcontractors to work around and adjacent to each other, while handling materials which could be dropped onto other workers below. The photos also showed that the necessary exclusion zone under the elevated work platform was inadequate and did not even extend to the outermost portions of the elevated work platform’s length. Photographic evidence showing that the general contractor did not ensure a proper exclusion zone was setup before allowing any work, which included a dropped material hazard, established their failure to fulfill their responsibilities for overall site safety.
The general contractor also failed to coordinate the work of its subcontractors so that they would not be required to work in immediately adjacent areas. The masonry subcontractor failed to establish a properly sized and placed exclusion safety zone around and under the Fraco scaffold. The masonry subcontractor’s worker was the party that dropped the masonry item without consideration that another worker might be injured by that action. Scaffold users are required to inspect the scaffold prior to each work shift and had one been conducted, it would likely have detected the presence of the sheet metal worker in the area prior to the incident. Both the general contractor and the masonry subcontractor violated Occupational Safety and Health Administration (OSHA) requirements.
Result: The defendants settled out of court.
Lt. Col Bryan J. Smith, P.E., Construction Site Safety Expert with DJS Associates, Inc., can be reached via email at experts@forensicDJS.com or via phone at 215-659-2010.