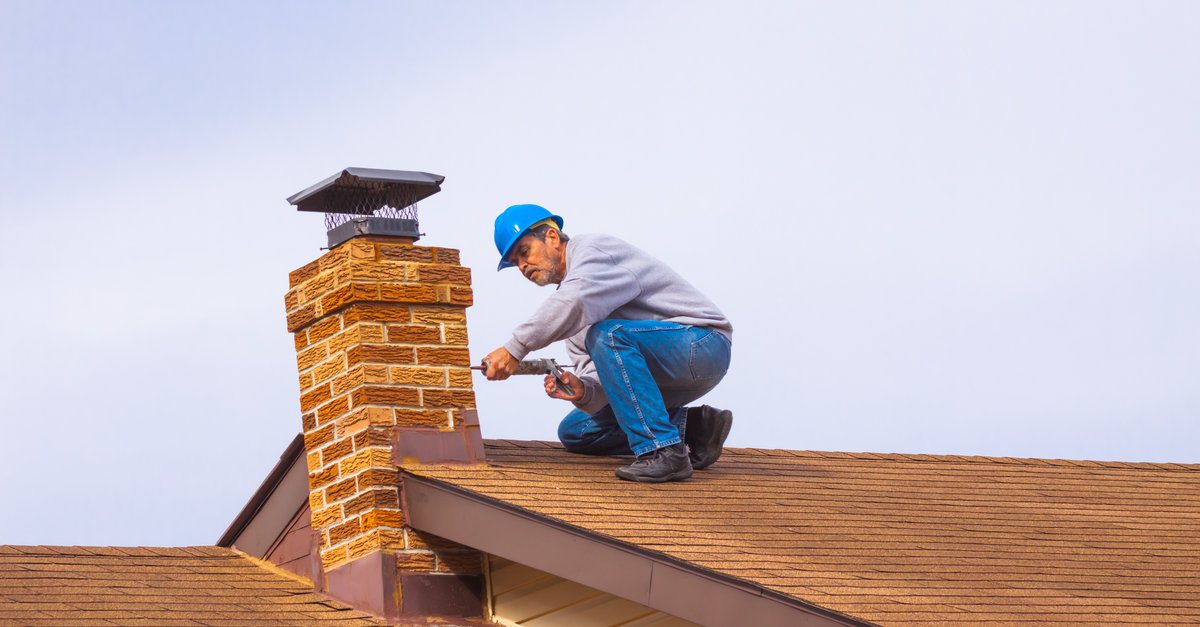 John R. Yannaccone, P.E., Principal Mechanical Engineer
Incident Description: A contractor was hired to repair a chimney’s water leak. The repairs required the contractor to access the second-floor roof of the house. He did this by placing one ladder to the sloped roof of a porch and a second ladder to the upper roof from the porch roof. As the contractor descended from the upper roof to the porch roof, he fell to the ground and was seriously injured. He claimed the ladder shifted, sliding to the right along the gutter. The contactor alleged the shift occurred due to the gutter shifting after the attachment hardware pulled out of the rotted facia boards.
After taking the contractor to the hospital, his brother returned to the property, completed the chimney work, repaired the gutter, and collected the final payment from the homeowners. He did not inform them of the fall or that his brother had been injured. Several months later, the homeowners were notified a case had been filed alleging they failed to notify the contractor that the structure the gutters were fastened to was rotted, and due to their negligence, the contractor fell and sustained serious bodily injury.
Expert Analysis: Investigation revealed that the gutter in the area of the incident did not have damage consistent with the ladder sliding. Additionally, the fascia board to which the gutter was attached was clad in aluminum and not rotted. The gutter was found to be firmly attached to the house in the area above the porch roof. The ladder used during the incident was inspected and did not have any defects that would have contributed to the fall. In fact, the contractor had improperly attached an accessory stabilizer to the ladder that would have made the lateral tipping of the ladder difficult, if not impossible.
The contractor testified he was following all OSHA guidelines for the use of the ladder on this job. However, the inspection, and his testimony, revealed he had violated numerous parts of the guidelines and made numerous errors, both related and unrelated to the fall. Most significant was his failure to secure either the top or bottom of the ladder. This was especially critical since he had positioned the base of the ladder on a sloped roof. Additionally, the ladder used to access the upper roof was too long, resulting in nearly half the ladder extending above the roof. The guidelines also indicate the area being used to support the ladder should have been inspected before the contractor placed his ladders to assure the areas were sound and could support the ladders while in use.
Though the inspection of the home and ladders did not provide evidence to indicate how the fall occurred, it did provide clear evidence that the rot did not exist and that the incident did not occur in the manner the contractor claimed. There was no evidence to indicate any condition on the property contributed to the fall. Even if the fascia or gutters were in poor condition, the contractor who testified he had climbed past the gutter numerous times both days was in the best position to see the conditions and alert the property owner.
Result: The case went to trial and the jury returned a verdict for the defendant.
John R. Yannaccone, P.E., Principal Mechanical Engineer with DJS Associates, Inc., can be reached via email at experts@forensicDJS.com or via phone at 215-659-2010.