Could This Be the End of the Road for the Automobile? 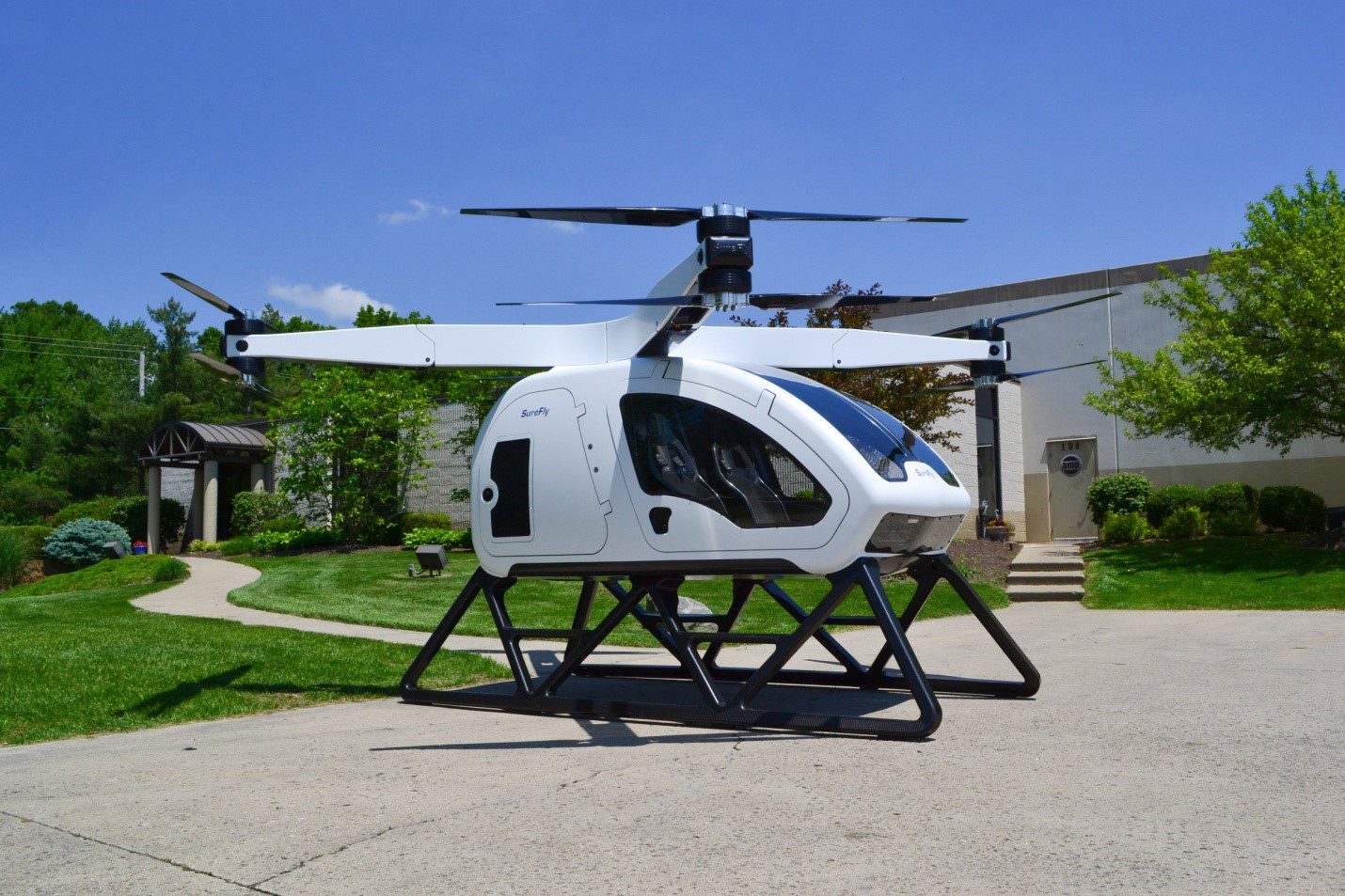 R. Scott King, BSME, Sr. Automotive / Mechanical Engineer ::::
The Paris Air Show is the preeminent venue for the introduction of new aeronautical technologies. Notable for its display of the latest military and commercial aircraft, the 2017 Paris Air Show unveiled something new: a personal drone-like helicopter called the SureFly.
The SureFly is a personal aircraft designed for two passengers. It utilizes a gasoline engine to operate multiple generators that power eight motor-driven propellers. Similar in design to popular low-cost, commercially-available unmanned drones, the SureFly has a 4000-foot operational ceiling, is controlled by a joy stick, and can utilize GPS for navigation. However, it also has several safety features such as a lithium battery back-up, propeller loss survivability, and an emergency parachute. But perhaps its most intriguing feature is its ability fly autonomously, up to 70 miles, by entering a destination into its touch-screen display and engaging the autonomous flying mode.
Since the Paris Air Show, the SureFly design has received a significant endorsement from the Federal Aviation Administration which recently certified the aircraft for experimental flight testing, scheduled to begin in early 2018. The aircraft’s manufacturer has also been working closely with the FAA and other aviation experts not only in design certification but in the development of new pilot training and licensing criteria. While much work remains, the manufacturer believes these early collaborative efforts are creating the framework that will soon mainstream personal aircraft ownership and operation. Licensing issues aside, the manufacturer hopes to deliver the SureFly to your hangar – or garage – as early as 2019 and for a price under $200,000.
R. Scott King, BSME, is a Sr. Automotive / Mechanical Engineer with DJS Associates and can be reached via email at experts@forensicDJS.com or via phone at 215-659-2010.