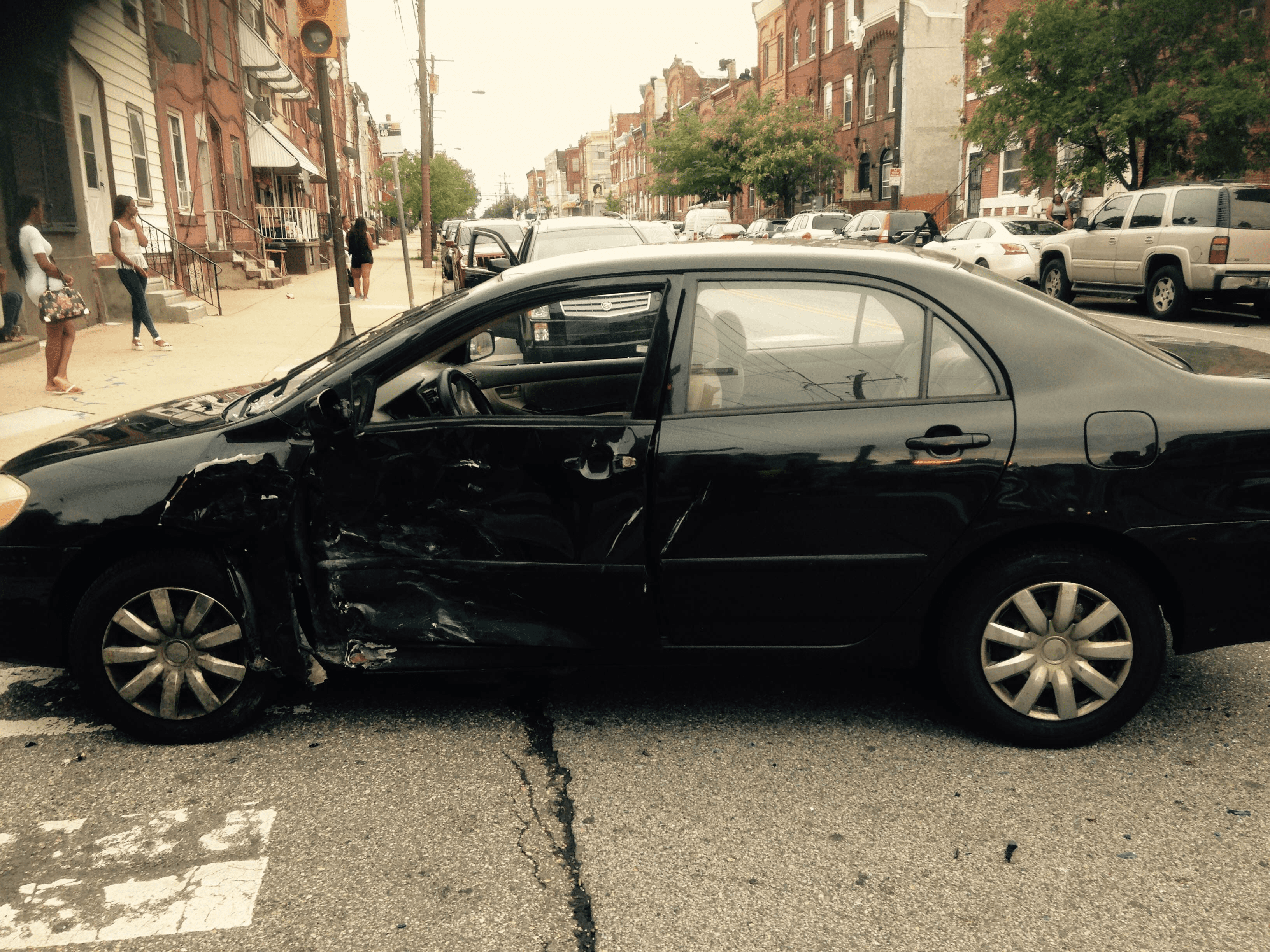 Steven M. Schorr, PE, President, DJS Associates, Lead Collision Reconstruction Engineer ::::
A collision occurred, at a stop controlled intersection, between the front of a motorcycle and the driver (left) side of a passenger vehicle. The police took photographs of the point of rest of the vehicles and of the damage to the vehicles. Simple enough, right? Well, not so fast. When the police interviewed the involved parties, the operator of the passenger vehicle said she was northbound on the two lane, two direction roadway and was turning left to head westbound onto a one-way street when the northbound motorcycle, traveling in the same direction she was traveling, came up on her left side in the opposite lane trying to pass her. The motorcycle struck her driver side door as she was turning. The motorcycle operator informed the police that he was indeed northbound; however, as he approached the intersection, the passenger vehicle entered the intersection from his right, traveling westbound on the one-way street. As the passenger vehicle entered the intersection, it “cut him off” resulting in his motorcycle contacting the driver side of the passenger vehicle.
Two involved parties, two different versions of what occurred. How is that reconciled from an engineering perspective? The answer lies in the basic premise of all reconstructions….that is, default to the physical evidence. Since all movements in a collision must abide by the laws of physics, the evaluation of the damage to the vehicles (to establish the angle of the collision and how, based on physics, they would move following the collision), and the point of rest of the vehicles provided the framework to determine where in the roadway the collision occurred in order for the vehicles to end up where the police documented they did. The engineering analysis of the physical evidence provided a clear understanding that the motorcycle and the passenger vehicle were both northbound, and the motorcycle did attempt to pass on the left as the passenger vehicle was turning. The case went to trial where the engineer presented the systematic engineering evaluation of the physical evidence to the court. The court agreed with the analysis and found in favor of the left turning passenger vehicle.
Steven M. Schorr, PE, President, DJS Associates, is Lead Collision Reconstruction Engineer and can be reached via email at experts@forensicDJS.com or via phone at 215-659-2010.