DJS GNSS GPS for GCPs! What?!

Jon W. Adams, Director of 3D Reality Capture
In keeping with DJS’ mission to utilize the latest and greatest technology, two GPS GNSS systems were recently purchased and will be utilized for GCPs, among other things. Isn’t that neat? Yep, we think so.
WAIT!! What’s that? Too many acronyms? Perhaps. Let me explain.
Definitions

The user segment consists of the GPS receiver equipment, which receives the signals from the GPS satellites and uses the transmitted information to calculate the user’s three-dimensional position and time (National Coordination Office for Space-Based Positioning, GPS Overview, 2021).

So, GPS is a GNSS. There are other GNSSs, but in the United States, we use GPS (see Figure 1 below). As mentioned, we recently acquired two GPS GNSS systems. Does that mean DJS launched satellites into space? No, thankfully not. 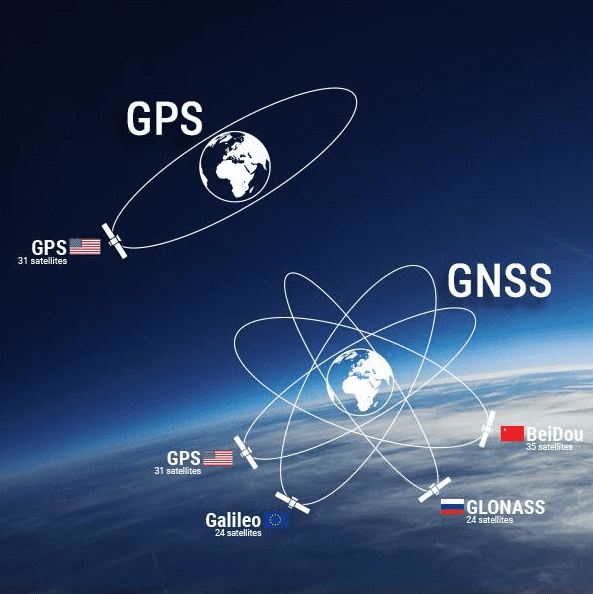 The GPS GNSS systems purchased are survey-grade GPS receivers, meaning that they provide positional centimeter-level accuracy, as opposed to the more common recreational-grade GPS receivers, which are accurate to +/- 25 feet (7.6 meters). These receivers collect positional measurements including latitude, longitude and altitude by communicating with the GNSS in real-time when used by DJS field technicians.
What about that other acronym…GCPs, was it? What’s that? Ground Control Points (GCPs) are commonly used with drones (also referred to as Unmanned Aerial Systems or UASs) when mapping is of interest. GCPs are ground-based “targets” that are high-contrast and include a discrete center point. These targets are large enough that they can easily be located in drone-based photographs (see Figure 2 below). Knowing the exact location of the GCPs provides superb reference information when producing maps from drone photographs (photogrammetry) and helps maintain the highest level of accuracy in the output products. 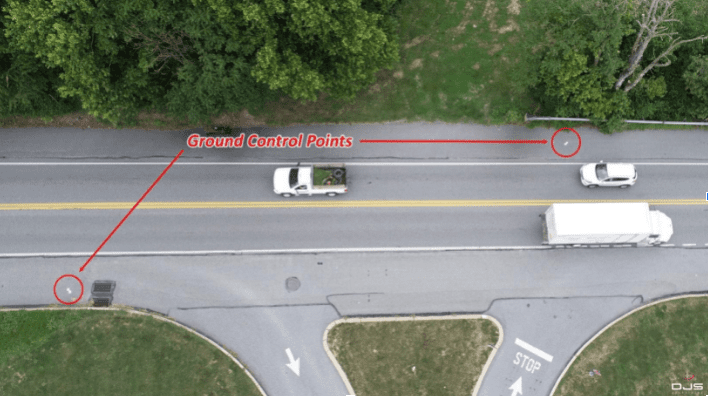 Jon W. Adams, Director of 3D Reality Capture with DJS Associates, Inc., can be reached via email at experts@forensicDJS.com or via phone at 215-659-2010.