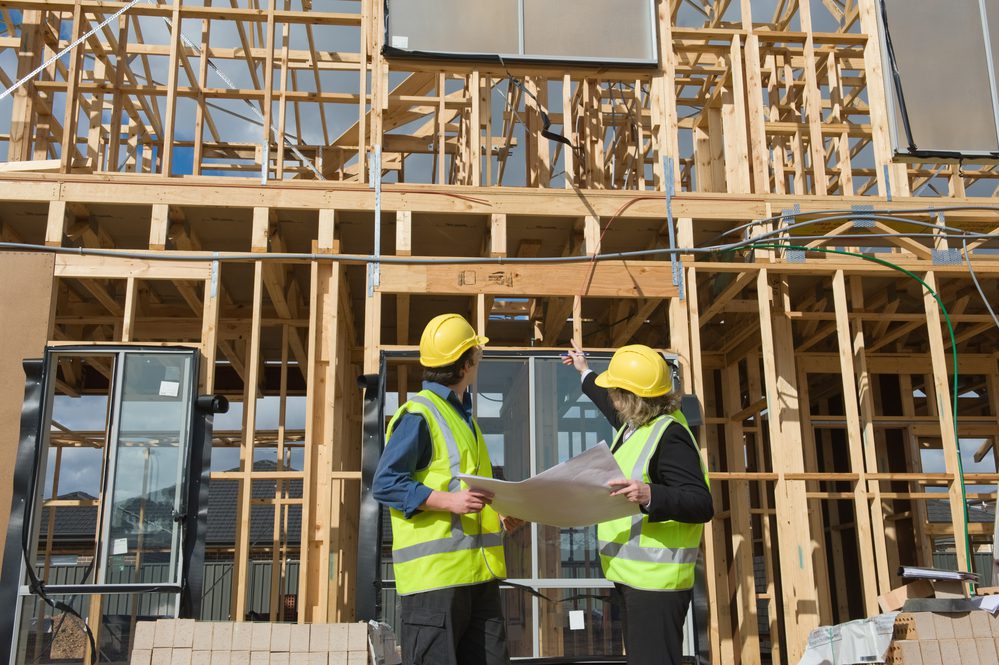 David A. Doddridge, Building Code and Construction Consultant ::::
Every construction site can house a variety of hazards, no matter the size or scope of the project. However, there are unique regulations and differences in residential construction compared to commercial construction. But beyond the studies and research papers, there are real world consequences when residential and commercial companies don’t have the right procedures in place.
In one case, improper safety measures were nearly fatal. The plaintiff was working at a commercial construction site in New York City when he fell 17 feet off a roof in 2008. As a result, he suffered a traumatic brain injury and multiple spinal and rib fractures. Although the plaintiff was wearing a safety harness, there was no lifeline attached to the harness. The injuries left him permanently disabled.
The expert for the plaintiff helped garner a multi-million-dollar settlement; believed to be the largest monetary amount for a single plaintiff in Queens, NY. In commercial construction, there are specific guidelines set forth by the Occupational Safety and Health Administration (OSHA) to protect from falls depending on the type of work being done.
The reason behind the enormous payout is thanks to a New York state law from 1885. The law – commonly referred to as the Scaffold Law – states that employers and building owners are liable for the safety of construction employees. Thus, if the plaintiff had fallen from a one or two- family home, the settlement would be nowhere near what it was.
But of course, the difference between residential and commercial construction is more than just the settlement.
In another case, a group of residential construction workers were raising a gable end wall while wearing fall protection equipment. The issue, noted the expert, is that the construction workers had their safety harnesses tied to something behind them; however, the lifelines were not long enough to allow the workers to walk the proper distance. As a result, when they tried to raise the gable end to an upright position, the safety line ran out of slack and prevented them from “walking the wall” into its final vertical position. Panicking, several workers moved to get out from under the partially raised wall, leaving one worker to bear the weight of the wall, which came falling down upon him and severely injuring him.
“They were sort of on a leash, there wasn’t enough slack in the lifeline,” he said. “If they did not have the lifelines on, this would not have happened.” Alternative fall protection methods could have prevented the tragedy.
Some studies have suggested the safety of residential construction is prohibited by the perceived high cost of safety programs. But there are real world consequences if companies and employees don’t follow the right guidelines. A business or property owner may recover from a lawsuit or even an extraordinary settlement, but nobody can recover from a fatal injury.
David A. Doddridge is a Building Code and Construction Consultant with DJS Associates and can be reached via email at experts@forensicDJS.com or via phone at 215-659-2010.