Don’t Underestimate the Importance and Power of Event Data 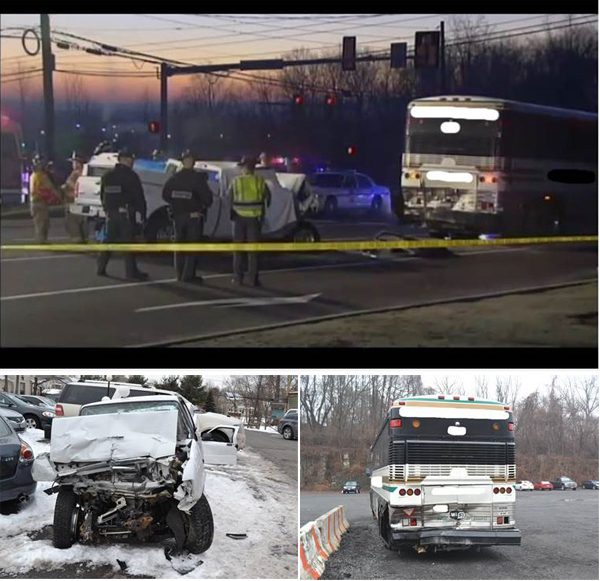 James R. Schmidt, Jr., BSME, Sr. Collision Reconstruction Engineer ::::
The capability of recording event data when a crash occurs is becoming more prevalent in vehicles on the road today.
Once a crash occurs, as part of the investigation process, event data should be collected from all vehicles involved that have such recording capability.
Having been collected, the data can be reviewed and analyzed by a collision reconstruction engineer, as part of his or her analysis process. And yes, you do need to be trained in order to properly interpret, analyze, and incorporate this data into a collision reconstruction.
Oftentimes, the client is interested in knowing such things as how fast a vehicle was traveling, and whether the operator applied the brakes before impact.
Take, for example, a collision involving a Ford Ranger pickup running into the rear of a motor coach. The crash took place pre-dawn, as the motor coach was starting from a stop when the traffic signal turned green.

Pre-crash data from the Ford indicates an approach speed of 57 to 58 mph for the 5 seconds leading up to the collision, with NO braking prior to impact.

But, when you look further into the Ford’s event data, there is additional, more refined, pre-crash longitudinal acceleration data available (every 0.1 seconds as opposed to every 0.5 seconds). 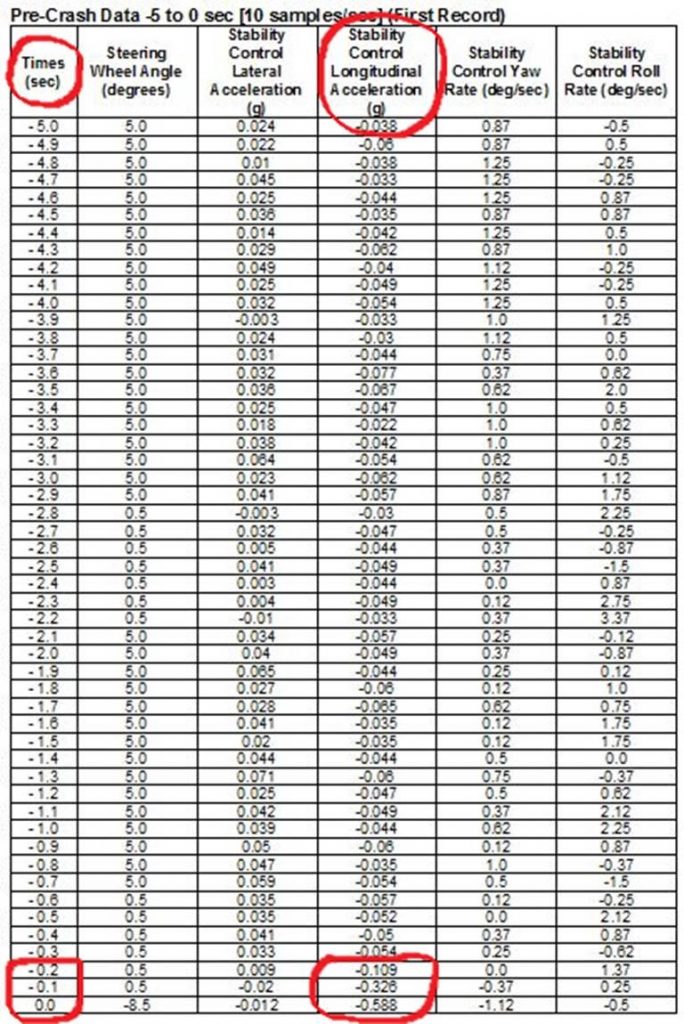 This more refined data is consistent with the operator of the Ford having begun to apply his brakes a fraction of a second prior to impact.
Using a nighttime perception-reaction time (PRT) of 2.0 seconds, his point of perception (POP) would’ve been about 169 feet prior to brake application. Further, he would’ve traveled about 17 feet and slowed to about 56 mph during his fraction of a second of pre-impact braking, for a total distance to impact of about 186 feet. Had the Ford operator been traveling at/within the 45 mph speed limit at his POP, he would’ve had more distance available to brake prior to any hypothetical impact that may have still occurred. So, instead of rear-ending the slow-moving bus (just starting from a stop) at a speed of about 56 mph, the Ford would’ve slowed to a speed of about 30 mph by the time of impact. As such, a much less severe impact, comparatively speaking, would’ve occurred had the Ford operator been traveling the 45 mph speed limit on his approach toward the area of the occurrence.
The collision occurred as a result of driver error/inattention on the part of the Ford operator, and his excessive speed contributed to the severity of the collision.
James R. Schmidt, Jr., BSME is a Sr. Collision Reconstruction Engineer with DJS Associates and can be reached via email at experts@forensicDJS.com or via phone at 215-659-2010.