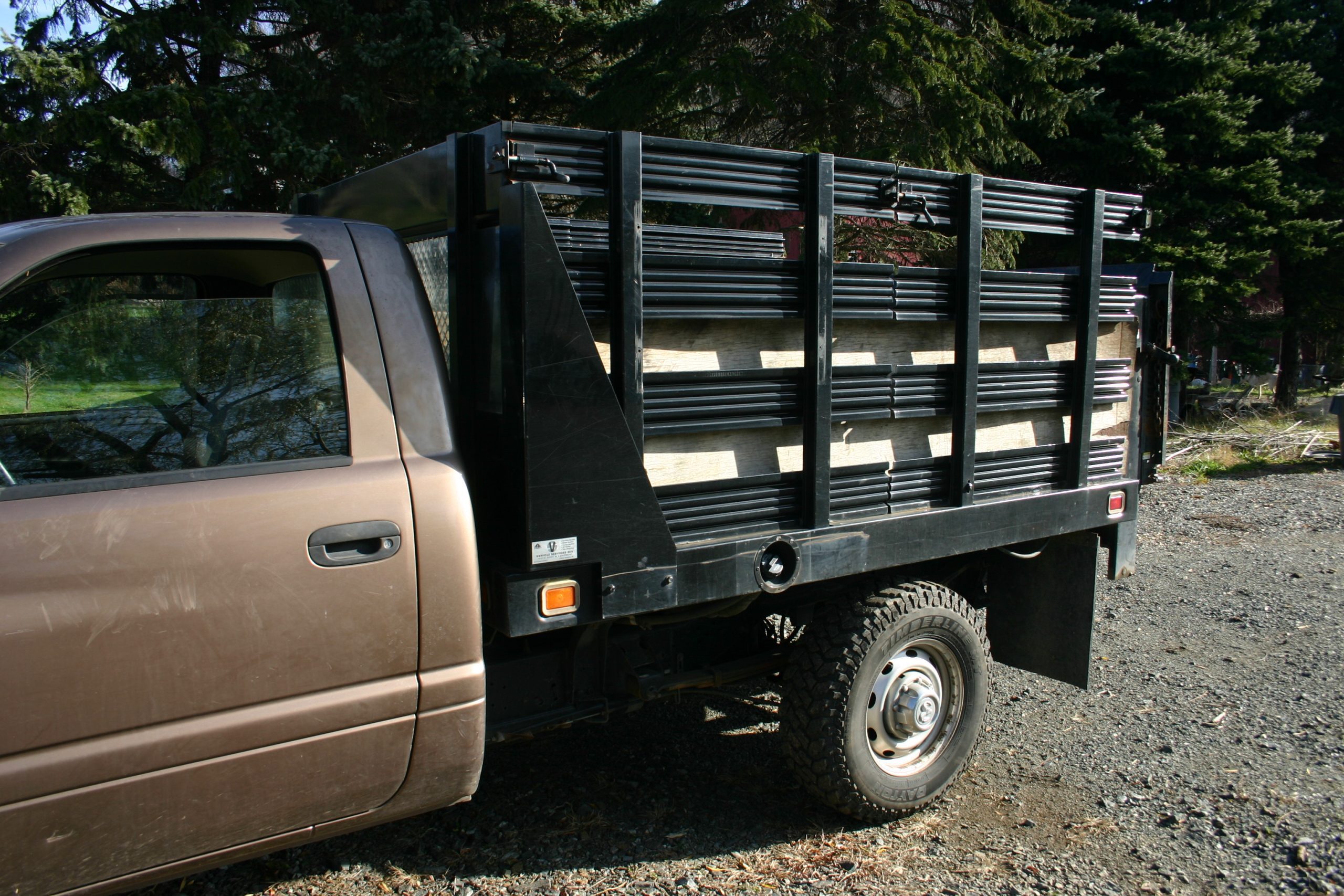 Robert T. Lynch, PE, Sr. Collision Reconstruction Engineer ::::
A stake body pickup truck, towing a landscape trailer, was parked on the right shoulder of a two-lane roadway on a clear, sunny day. The lawnmowing equipment in both the bed of the truck and the trailer had been removed. There was no rear gate for the stake body, and the ramp to the trailer was down. Along came a minivan that drifted onto the shoulder of the roadway and hit the ramp square-on. Tire marks were observed on the wooden boards affixed to the sides of the trailer and stake body, showing the path the minivan took through the air. Scrape marks were also observed to the roof of the pickup truck where the underside of the minivan grazed the roof during its flight. Other than these minor markings, the pickup truck and trailer sustained no significant damage. The minivan landed in front of the pickup truck on the shoulder of the roadway, coming to rest on all four tires where it then caught fire. Fortunately, the occupants of the minivan were able to get out of the vehicle before sustaining further injury from the fire. The minivan sustained no significant crush damage.
An evaluation of the physical evidence was requested in order to determine the speed at which the minivan impacted the ramp. The client suspected that the minivan had to be “flying,” pun intended, to result in vehicle jumping over the landscape truck. By documenting the location of the tire marks along the wooden boards of the trailer and stake body, the trajectory (i.e. airborne path) of the minivan was defined and was consistent with the angle of the ramp. The laws of physics, specifically those pertaining to projectile motion, allow for the determination of the speed of an object that becomes airborne when the launch angle and trajectory are known. The analysis indicated the minivan was traveling right around the speed limit of 40 miles per hour when it impacted the trailer ramp. The client was surprised to hear this result; however, the physics doesn’t lie. Given the angle of a typical landscape trailer ramp (and assuming the ramp’s structural integrity holds up), a vehicle does not need to be traveling at an excessive speed in order to completely jump over the truck and trailer.
DISCLAIMER: DO NOT TRY THIS AT HOME!!! This “stunt” was performed by an UNPROFESSIONAL, INATTENTIVE driver who was lucky to survive with only minor injuries.
Robert T. Lynch, PE, Sr. Collision Reconstruction Engineer with DJS Associates, can be reached via email at experts@forensicDJS.com or via phone at 215-659-2010.