Extraction and Bone Augmentation of A Mandibular Molar 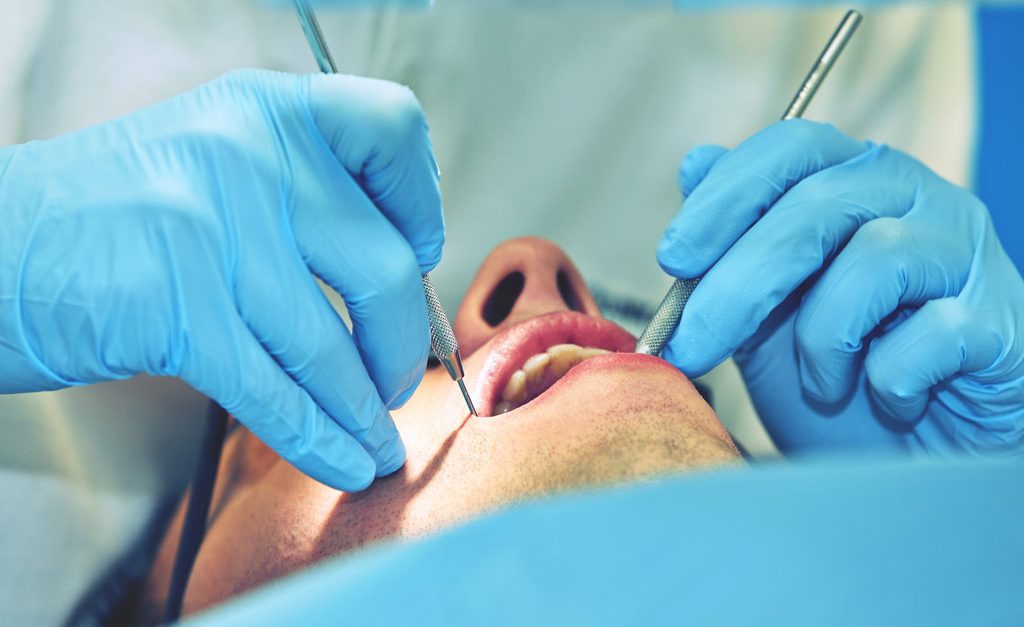 Barry P. Levin, D.M.D., Periodontology Expert
I was recently asked to review a case concerning the extraction and bone augmentation of a mandibular (lower jaw) molar. The example of extracting a fractured tooth and performing a bone grafting procedure in anticipation of implant placement is extremely common in contemporary dentistry. The steps that were taken did not appear on the surface to be sub-standard of care.
The plaintiff accused a periodontist of performing an improper procedure and colluding with an endodontist. Several yellow flags came up during my review of the case.
First, it did not appear from the radiographs provided, and minimal history provided, that anything was done that did not meet the standard of care. The possibility of lingering discomfort following a surgical procedure is not uncommon.
Second, the patient refused to release her treatment notes from the periodontist and endodontist for review. This leaves much to the unknown, such as medical history, including medications, smoking habits, compliance with instructions, level of oral hygiene, and other variables which could contribute to a sub-optimal outcome. If the patient did not take prescribed medications properly, or smoked after surgery, did not apply cold packs diligently, or used this side for chewing food after the procedure, delayed healing and pain is likely. Without assuming the worst about the patient’s motives, one must ask why these records were hidden by the patient?
Third, bringing a retired oral maxillofacial surgeon (OMFS) along for a consult to an endodontist is unusual, but not improper. With the endodontist providing a diagnosis of a non-vital tooth adjacent to the extraction site, root canal therapy should have been performed and encouraged by this OMFS. For this OMFS to come to a patient’s home, review an x-ray from a mobile phone screenshot, and inform the patient that root canal is unnecessary is unprofessional and potentially dangerous. An untreated and infected tooth could potentially lead to serious, and in rare occasions, life-threatening infections.
The statements of the plaintiff, claiming that the cone beam computed tomography systems (CBCT) scan was “locked” so she could not review it at home is wrong. Many CBCT scans are rather large files, requiring a large amount of memory on a PC’s video card to open and view the scan. The inference is that the doctors were hiding information on the CBCT scan, when a dedicated PC with enough memory would have easily opened the file.
The diagnosis of osteomyelitis, made by another OMFS, “could” be disputed based on the information provided. It is unclear how another OMFS diagnosed the patient with osteomyelitis simply by reviewing radiographs. There was no mention of a culture performed to specify which systemic antibiotics would be most appropriate to resolve this infection. There is no mention of which two antibiotics were prescribed. And there is no mention of the fate of tooth immediately adjacent to the extracted tooth that started this unfortunate chain of events. Was a root canal performed? Was this tooth also extracted?
However unfortunate this situation was for the plaintiff, there was no evidence that sub-standard treatment or negligence occurred.
Barry P. Levin, D.M.D., Periodontology Expert with DJS Associates, Inc., can be reached via email at experts@forensicDJS.com or via phone at 215-659-2010.