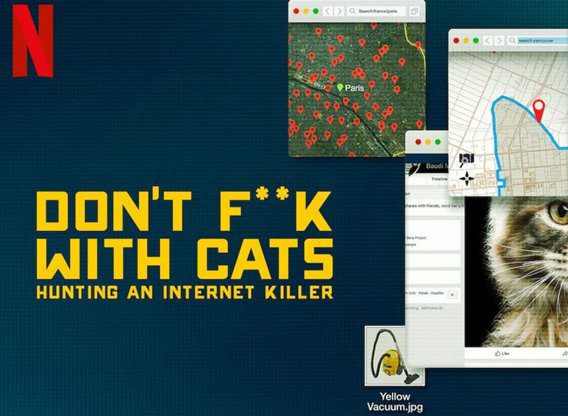 Laurence R. Penn, Forensic Animation/Video Specialist
If you’re a regular streaming TV subscriber, you’ve probably heard of or even seen the documentary on Netflix, “Don’t F**K with Cats: Hunting an Internet Killer.” Likely, you don’t remember the events that took place in 2010; but, as the title undoubtedly suggests, what transpired and is expertly told in the original series is disturbing, unsettling, and saddening to say the least. This article will delve into the story, revealing some of the twists exposed along the way, so consider this to be your spoiler alert.
Facebook and YouTube were about five years old at the time, and this is around when social media posts, photos and videos began being coined as “going viral.” One such video was that of an unidentified male fatally harming kittens. As the video spread, a group started to band together online to try and identify the individual to put them to justice for their utterly heinous act. The team used clues evident in the background of the video footage such as doorknobs, electrical outlets, furniture, and even appliances to locate geographically where the videos were filmed. Eventually, another video surfaced of the same individual performing more atrocious violent acts on poor, defenseless felines. This, of course, drives the online group to double and triple their efforts in identifying the monster before he moves on to harm any other creature or, as history has proven, person. Various clues left by the animal killer leads the online team to discover his name and numerous social media fan pages containing photos of himself posing in exotic places all over the world, supposedly as some highly successful and handsome male model. Yet, something about some of the photos isn’t right. As more and more information is uncovered, and with the help of some of the photos, the elusive and always changing location of the man is identified, just moments too late, by architecture and roadways in the photos and GPS data contained in the metadata.
Despite the atrocious acts that this man performed, which I will add were not shown in full graphic detail in the documentary, it was interesting to see how the online team adopted and used methods in their online investigation that are so prevalent in what DJS Associates does in forensic case work. When we receive scene photos or surveillance videos, they always need to be highly scrutinized and analyzed to correlate the evidence to the actual scene, which more often than not, we have captured and digitized by our field crew in the form high-resolution LIDAR scan data. This way, a tire mark, gouges or other physical evidence can be correctly and accurately matched to their physical location of the site. Similar to how the individuals in the documentary, driven to bring justice to those murdered, found that the accused had actually photoshopped his head into photos downloaded off the internet, we can put imagery and video to the test to verify their authenticity through such techniques as Error Level and Signal Pattern Noise analysis.
Whether the killer left clues to give chase and further feed his tortured mind or not, the will of a dedicated online group of strangers and the use of Forensics prevailed. Ultimately, with a little help of an observant foreign citizen, justice was served but not without a trail of victims.
Laurence R. Penn, Forensic Animation/Video Specialist with DJS Associates, Inc., can be reached via email at experts@forensicDJS.com or via phone at 215-659-2010.