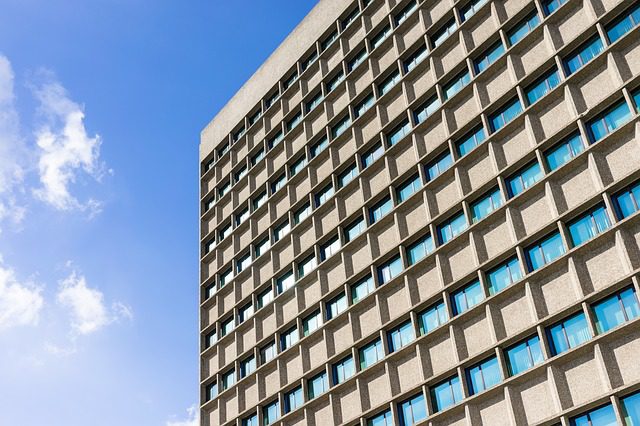 Lt. Col. Bryan Smith, PE, Commercial and Residential Site Safety Expert  ::::
Case Description: At a multi-unit apartment complex, maintenance was performed to address several weather and damage issues on exterior staircases. A second floor tenant was injured while descending her stairs. One stair-tread end section broke free from the improperly repaired support bracket as the tenant stepped on it, resulting in her ten-foot fall. She suffered severe injuries.
Expert Analysis: An analysis was performed after reviewing site photographs provided by the plaintiff’s attorney, as well as copies of the apartment complex’s maintenance/repair invoices. The evidence showed that the original stair-tread support brackets had been severely rusted, while the repair technique chosen by the contractor called for the installation of new Simpson Strong-Tie brackets as reinforcement to the existing rusted brackets.

Instead of removing and replacing the rusted brackets on the underside of each tread end (the existing stairs were constructed of only two stringers – one at each tread end), the repair contractor left the existing rusted brackets in place, and installed the new brackets on the top side of each tread. This placed the attaching bracket screws of the new brackets in tension to pull out of the tread top surface, instead of being in shear while the new brackets carried the load. A rusted bracket subsequently gave way on one tread end as the tenant stepped onto it, thereby transferring the full load of the tenant onto the new bracket’s screws. As the wooden tread itself was weather-pressured treated wood, the new bracket’s screws easily pulled out of the top tread surface and failed. The tenant, with trash bags in her hands, fell through the opening created by the fallen tread. The tenant then fell head first down the remaining stairs. The analysis proved that the contractor’s repair technique was flawed.

The apartment complex owners relied upon the contractor’s skill to make proper repairs instead of engaging a design professional to review/approve of potential structural repair techniques, and thereby better protecting their interests as well as their tenants. Additionally, a recommendation was given to the apartment complex owners to add middle stair stringers (in addition to correcting the Simpson brackets installation) in order to increase the stringers’ ability to resist a similar failure in the future.
Result: Case settled.
Lt. Col. Bryan Smith, PE is a Commercial and Residential Site Safety Expert, with DJS Associates, Inc. Lt. Col. Smith specializes in OSHA, facilities management, equipment defects and slip and falls. He can be reached via email at experts@forensicDJS.com or via phone at 215-659-2010.