For Whom the Belt Clicks… Determining Seatbelt Usage 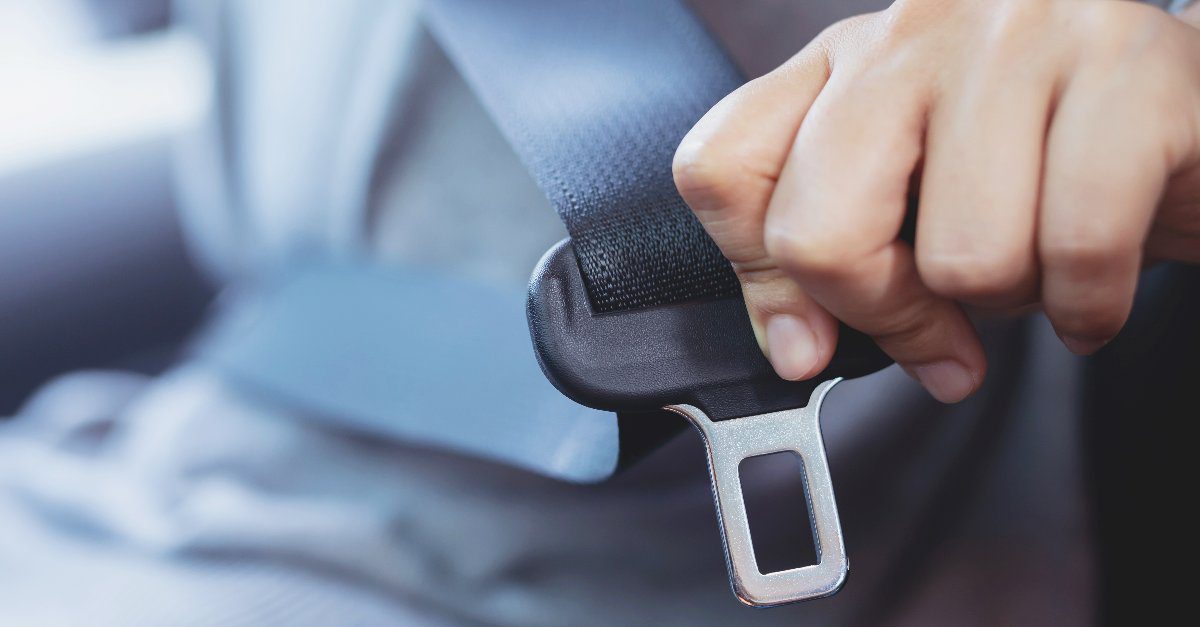 Following a crash, questions regarding occupant seatbelt usage may arise. This is especially true when the legal venue allows consideration of seatbelt usage by an occupant when determining damages.

There are several more means to determine if an occupant was wearing their seatbelt. While the preferred option includes an inspection of the vehicle, in some cases it is possible to make a determination from available photographs of the vehicle and other available data.

One of the most reliable ways of identifying seatbelt usage is the presence of physical evidence of loading on the seatbelt system. The most common areas where this evidence is seen is on the seatbelt webbing and components where the webbing changes directions, such as the latchplate and D-ring. There are also other places where evidence of seatbelt loading can be found. Examples include trim panels or the edge of a seat, there could also be distortion of a seatbelt anchor point or anchor bracket, and there may be evidence of loading inside the seatbelt retractor behind the trim panel. While some of these loading signs are easily seen, others require a detailed vehicle inspection or may even require some disassembly of the vehicle.

Seatbelt components are not the only places where evidence of seatbelt loading can be found. Typically, seatbelt load marks are the result of loading by an occupant; therefore, it stands to reason there could also be evidence of contact between the occupant and the webbing. In some cases, there is material transfer from the occupant’s clothing onto the webbing. When there are areas of a colored deposit on the webbing, it is always good to compare it to the clothing the occupant was wearing during the crash to see if the transfer matches. Evidence of the seatbelt loading on an occupant might be found in the medical records or photographs of the occupant’s body. Bruises, abrasions, or contusions can all be evidence of loading from a seatbelt. Reviewing available information about marks on an occupant’s body, and analyzing the way the seatbelt would load them, not only provides information regarding if the seatbelt was used, but may also provide information about how it was being worn.

A third method of determining seatbelt use during a crash is to look for evidence of occupant contact on the interior of the vehicle. This evidence of contact can then be compared to the injuries of an occupant and used to determine the cause of the contact mark. The next step is to determine if the presence of the mark provides any useful information about seatbelt use. For example, light abrasions or minor damage to the lower instrument panel can occur even with a belted occupant, but severe damage and deformation to the metal structure of the instrument panel is less common when the occupant is wearing a properly functioning seatbelt. Also, evidence of occupant contact in areas a seatbelted occupant would not be directed to is a good indication an occupant was not wearing a seatbelt. If a driver was alone in a vehicle but there was an area of windshield damage on the passenger side of the vehicle and the driver had facial lacerations with embedded glass in their wounds, that would be a good indication that the driver was not seatbelted as use of the seatbelt would limit how far they could move in the crash.

Another useful piece of data when trying to determine seatbelt use can be event data recorder (EDR) information on seatbelt use. Typically, this data is limited to the driver and the right front passenger, but there are vehicles which monitor seatbelt use for all occupants. While typically this data is reliable, in most cases the EDR is simply recording if there is a latchplate inserted in the buckle. Usually this indicates the occupant was wearing the seatbelt, but the EDR data would be the same if the occupant was sitting on a buckled seatbelt or if they inserted a spare latchplate in the buckle. For this reason, EDR data regarding seatbelt usage should be correlated with other data to verify its validity.

When there may be an issue related to seatbelt usage during a crash, it is very important to gather as many photographs of the vehicle as possible and to preserve the vehicle to allow for an experienced engineer to perform an inspection of the vehicle to determine if there is evidence of seatbelt use. This inspection may also reveal information relating to how the seatbelt was being worn at the time of the incident, or if the safety restraint system was functioning properly.