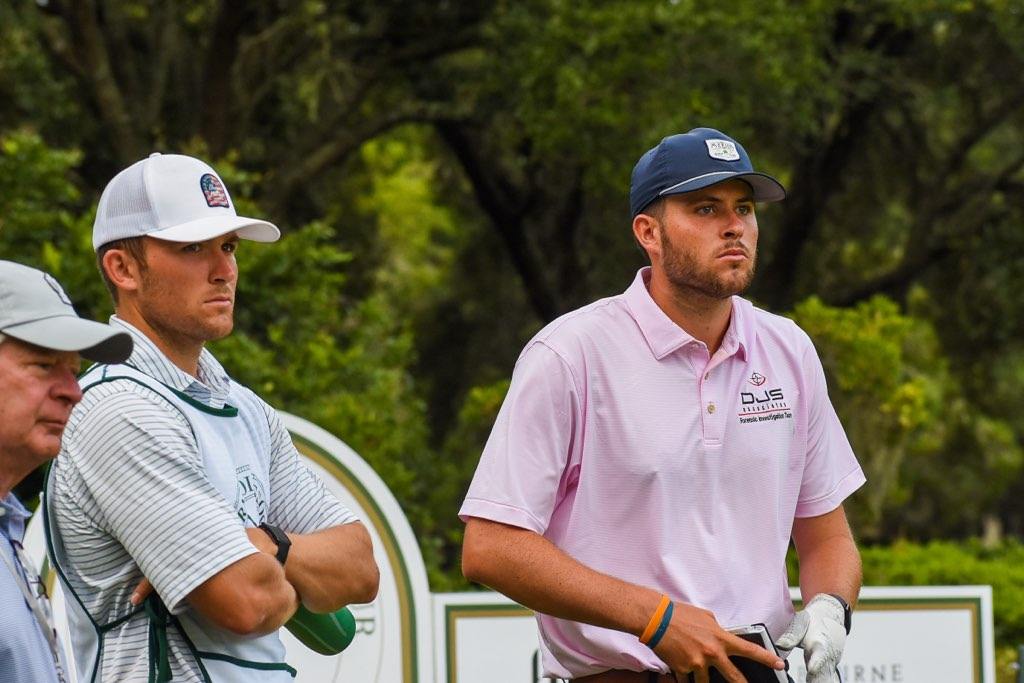 DJS Associates wishes the best of luck to our first (and only) NIL ambassador Patrick Sheehan (Senior, Penn State) at the U.S. Amateur Golf Championship this week!

The tournament is being played at The Ridgewood Country Club in Paramus New Jersey and features 312 of the best amateur golfers in the country.

A total of 7,749 players entered at 97 qualifying sites.  Patrick qualified on Jul 21 at Chambersburg Country Club when he bested a field over 70 players shooting 9 under par over 36 holes.

In that qualifier, after shooting a pedestrian 72 on his first 18 holes (1 under par), Patrick caught fire in his second round shooting an 8-under-par 65, two stokes lower than any other round shot in the qualifier.

This is the second consecutive year Patrick has qualified for the U.S. Amateur which has enjoyed an illustrious history of great champions, including Bob Jones, Phil Mickelson, Jack Nicklaus, Arnold Palmer and Tiger Woods.  Currently Patrick the 283rd ranked amateur in the world and the 115th ranked amateur in the U.S. and he is about to begin his senior season at Penn State in the Fall where he currently carries a GPA of 3.6 and is majoring in Supply Chain Management.

Patrick is an exceptional young man and DJS is proud that he will be wearing our insignia this week in New Jersey.  As Steve Schorr would say, “you da man, Patrick”.