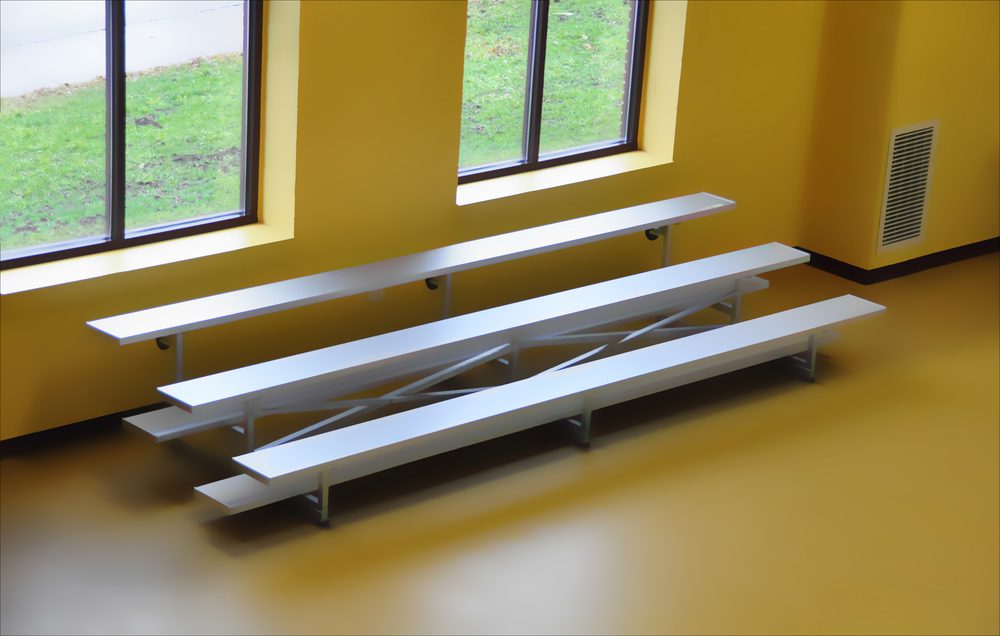 Bryan J. Smith, PE, Construction Site Safety / OSHA Expert ::::
Case Description/Summary: The gym bleachers at a public school moved when a parent attempted to climb them. The accessible bleacher section slid closed and trapped the parent’s leg which caused the parent to fall and sustain injuries.
Expert Analysis: A field inspection of the incident location was performed, and a defect was found to exist in the accessible portion of the bleachers. When the accessible bleacher section was pushed to the open position, latches were supposed to lock it in place. However, the latches had not been installed correctly at the manufacturer. When the bleachers had first been installed in the gym by a professional bleacher installation firm many years prior to the incident, they took no corrective measures to fix the problem. The bleachers were also missing some of the critical latching hardware right from the start. A school maintenance worker discovered that some hardware had been missing long after the installation had been performed, and he asked the installer to send the missing hardware to him, which they did. Even after the missing hardware had been installed by the school maintenance department, the accessible section of bleachers would not latch and lock in the open position. As that accessible section was supported on rollers, it would roll freely in either the open or closed directions with the application of any bidirectional force – such as applied when a person tries to climb them. The field inspection determined that no matter how much force was applied to the rolling portion, it was impossible for the improperly installed latching mechanism to ever engage. It was further determined that there were no field adjustments available to fix this situation, therefore the school maintenance staff would not be able to ever fix it. It was also determined during the field inspection that the incorrect installation had been performed at the factory during the original manufacturing of the bleachers, and the initial installation team simply chose to ignore the defect as well as the missing hardware. The school had hired the same installation company to perform routine maintenance and adjustments on the incident bleachers, and during those visits, the workers also ignored the hazardous non-locking situation. Due to the specialized nature of these retractable bleachers, the school’s maintenance department workers could not have known of the proper operation of the accessible bleacher section or of the necessary maintenance that it required.
Result: The plaintiff accepted a minor settlement offer from the school and undisclosed settlements from the other parties.
Bryan J. Smith, PE is a Construction Site Safety / OSHA Expert with DJS Associates and can be reached via email at experts@forensicDJS.com or via phone at 215-659-2010.