Hitching a Ride on the Lift! 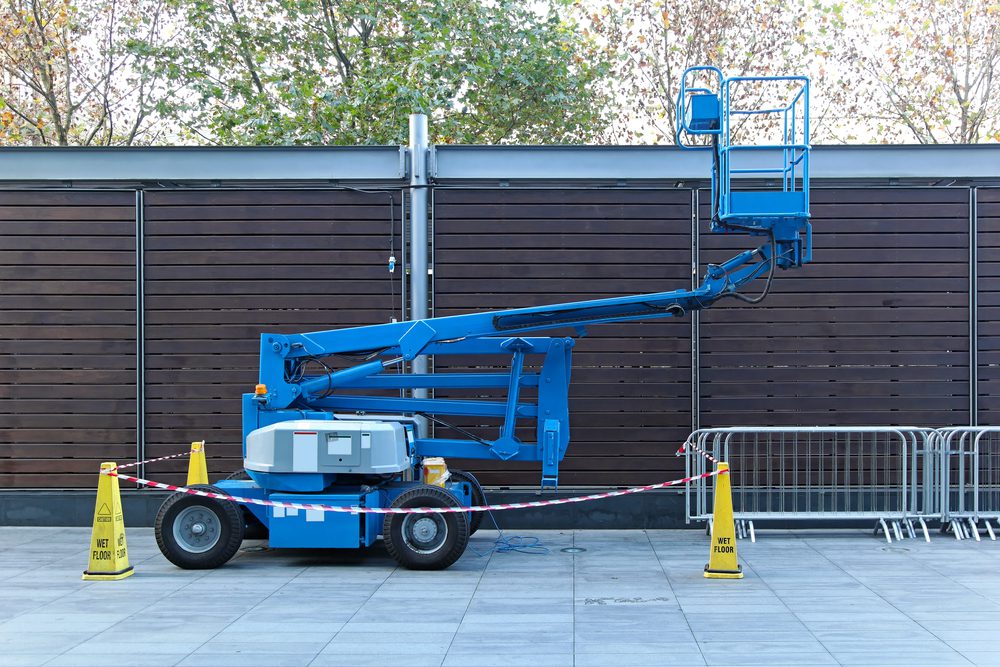 John R. Yannaccone, PE, Senior Mechanical Engineer ::::
Case Synopsis: Two painters were operating a telescopic boom lift on a commercial building construction site. The painters were about to break for lunch when a repairman, also working on the roof, asked the painters for a ride to the ground so he wouldn’t need to go to the other side of the building and descend a ladder. The lift operator moved the platform into position so the repairman could climb onto the lift platform. When the repairman climbed on, the lift began to tip over causing the repairman, and the painters, to fall to the ground. The repairman sustained serious injuries while the painters sustained only minor injuries.
Expert Analysis: Analysis in this case revealed the weight of the two painters and their equipment was within the safe load limits for the full operational range of the lift. The two painters were wearing proper fall protection harnesses attached to designated anchor points inside the lift. When the repairman entered the lift, the additional weight exceeded the safe operating capacity of the lift at the extended position, and then tipped over.
The painter who was operating the lift had completed an eight hour training program on safe operations and proper use of fall protection when working on the lift. This training also included instructions on the painting company’s policies regarding use of the telescopic boom lift. This included their policies on not allowing non-employees to operate or ride in the lift, as well as the requirement that any lift occupants be wearing fall protection harnesses tethered to designated anchor points.
The lift operator testified he did not understand the operating guidelines, and did not think about the ramifications of adding another occupant to the platform at the time of the incident.
Result: The case against the lift manufacturer was not pursued as the lift was clearly marked with safe operating limits and the lift operator had been trained by his employer. The case against the painting company, who employed the lift operator and owned the lift, settled prior to trial.
John R. Yannaccone, PE is a Senior Mechanical Engineer with DJS Associates and can be reached via email at experts@forensicDJS.com or via phone at 215-659-2010.